Famous As: Canadian Politician
Born On: January 3, 1955
Born In: Ottawa, Canada
Age: 68 Years
David Pratt is a former Canadian politician, who is best known for having served as representative of Nepean-Carleton in the Canadian Parliament from 1997 till 2004. Prattâs career as a politician started from the grassroot level and he rose up the ranks over a period of close to two decades in politics. He started off with a seat on the Nepean City Council and before long went on to serve as deputy mayor among other important posts. He became a Member of Parliament as the representative of the âLiberal Partyâ in 1997 and continued to hold his position for seven years. During his time as a cabinet minister for Canada, Pratt served as the Minister of National Defence and in addition to that, he also devised the Canadian Armyâs response plan to events similar to the 9/11 terror attacks in New York City in 2001. Pratt is without doubt one of the most well-known figures from Canada and during his time as a politician, he spoke on a lot of subjects and shared his views and ideas on the same . Needless to say, he is an excellent orator and here is a collection of some of his most famous quotes and thoughts raked from his speeches, press conferences and interviews.Â
Listed In:
Leaders 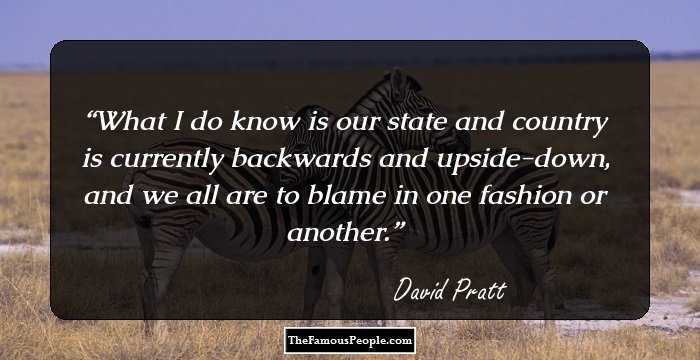 What I do know is our state and country is currently backwards and upside-down, and we all are to blame in one fashion or another. 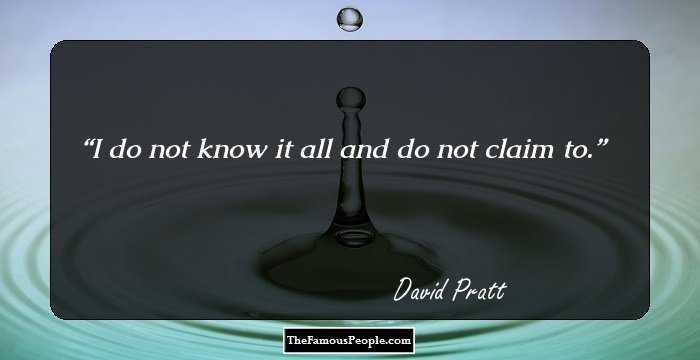 I do not know it all and do not claim to. 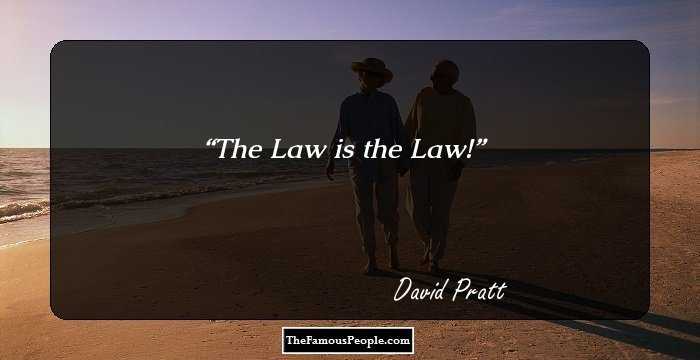 The Law is the Law! 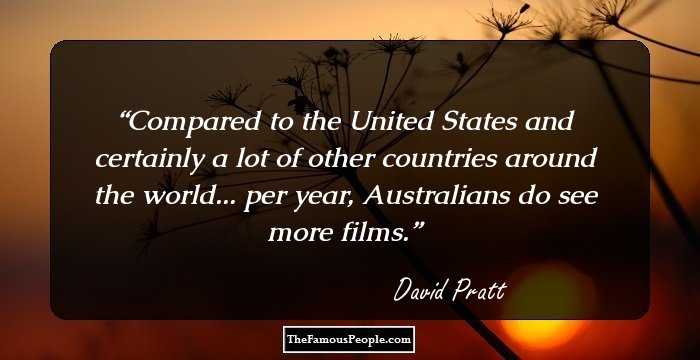 Compared to the United States and certainly a lot of other countries around the world... per year, Australians do see more films. 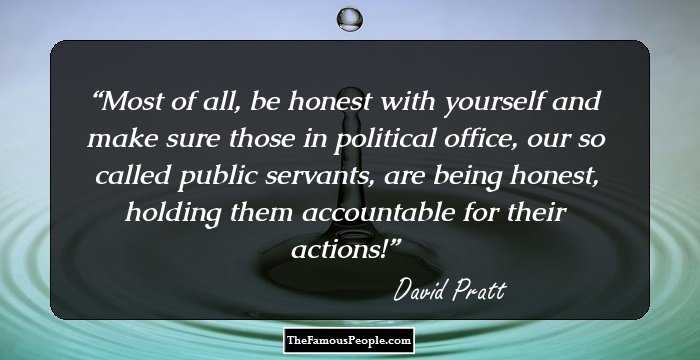 Most of all, be honest with yourself and make sure those in political office, our so called public servants, are being honest, holding them accountable for their actions! 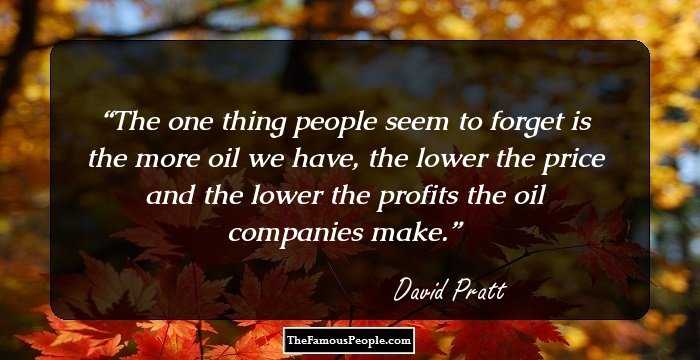 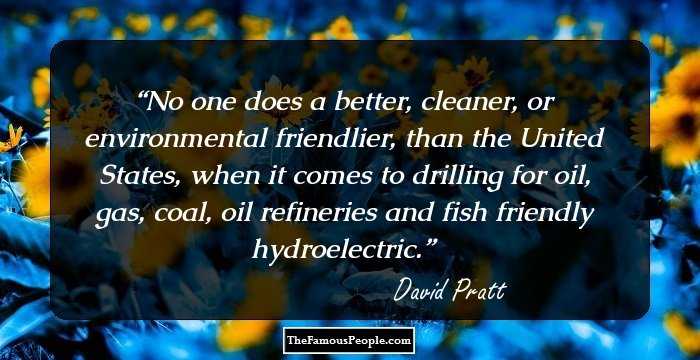 No one does a better, cleaner, or environmental friendlier, than the United States, when it comes to drilling for oil, gas, coal, oil refineries and fish friendly hydroelectric. 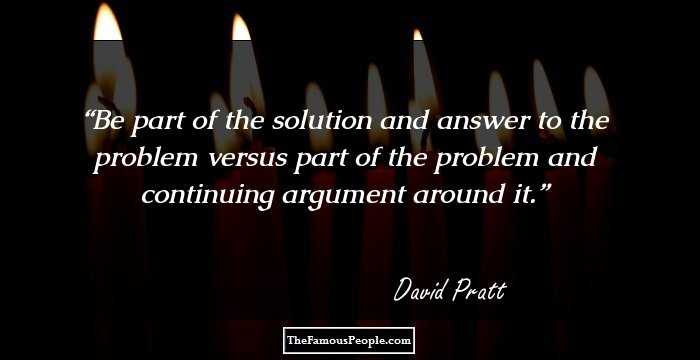 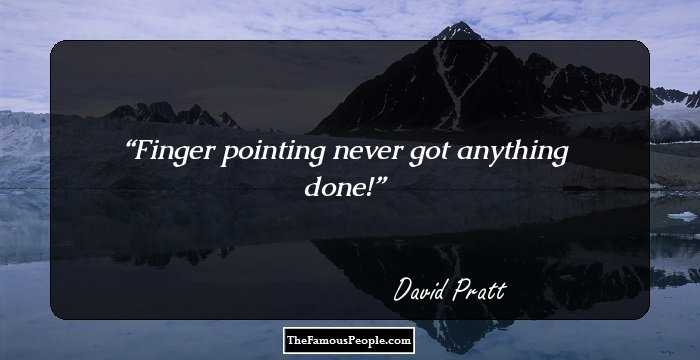 Finger pointing never got anything done! 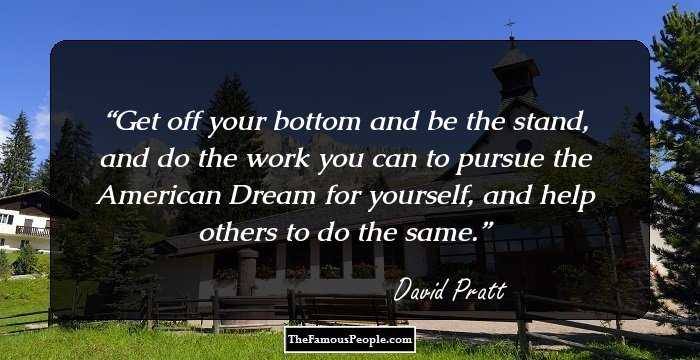 Get off your bottom and be the stand, and do the work you can to pursue the American Dream for yourself, and help others to do the same.

You Yourself
David Pratt 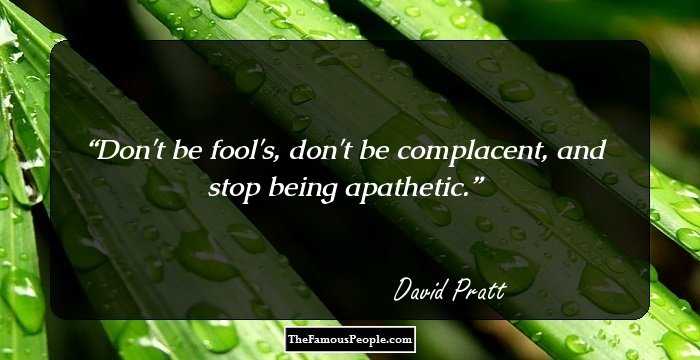 Don't be fool's, don't be complacent, and stop being apathetic. 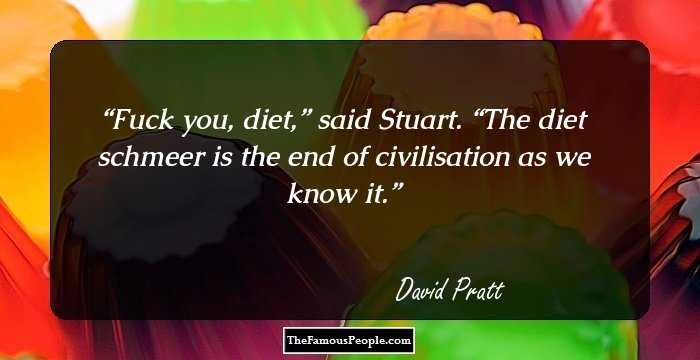 Fuck you, diet,â said Stuart. âThe diet schmeer is the end of civilisation as we know it. 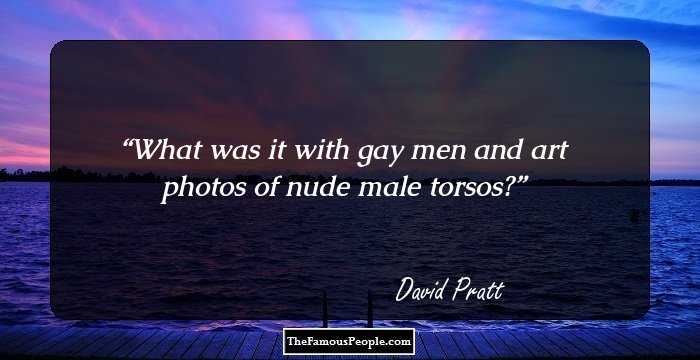 What was it with gay men and art photos of nude male torsos?

Elections do have consequences, and those we elect and far too often re-elect have forgotten how government works and for whom they work for, and that an ever growing, power hungry state and federal government are not the answer to the problem, but 80% of the time are the problem. 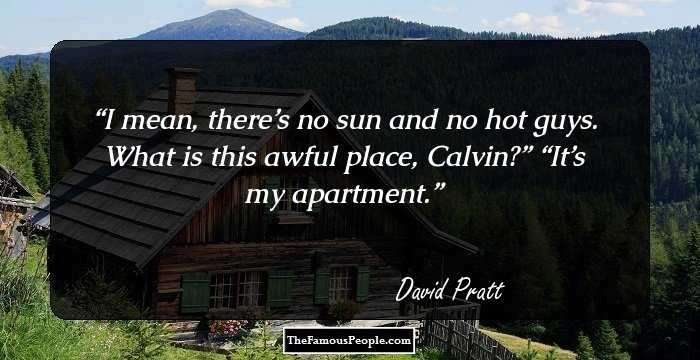 I mean, thereâs no sun and no hot guys. What is this awful place, Calvin?â âItâs my apartment. 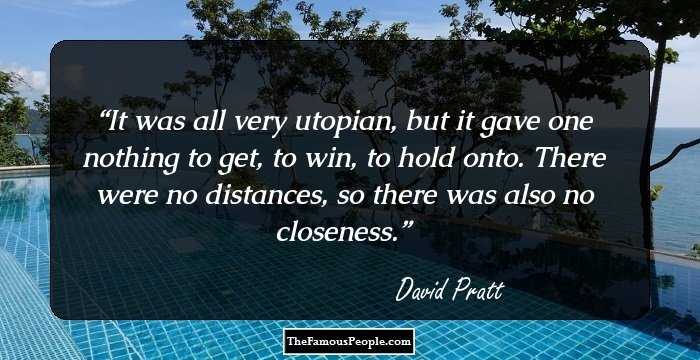 It was all very utopian, but it gave one nothing to get, to win, to hold onto. There were no distances, so there was also no closeness. 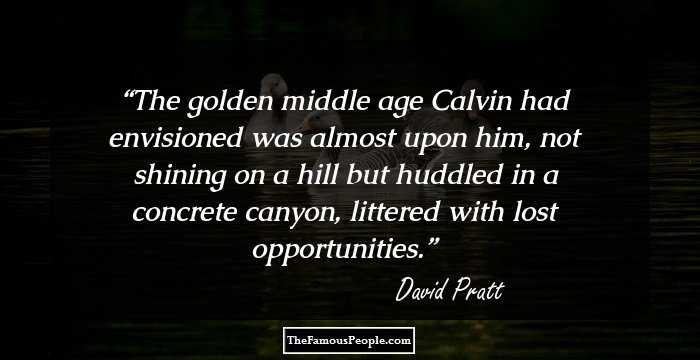 The golden middle age Calvin had envisioned was almost upon him, not shining on a hill but huddled in a concrete canyon, littered with lost opportunities. 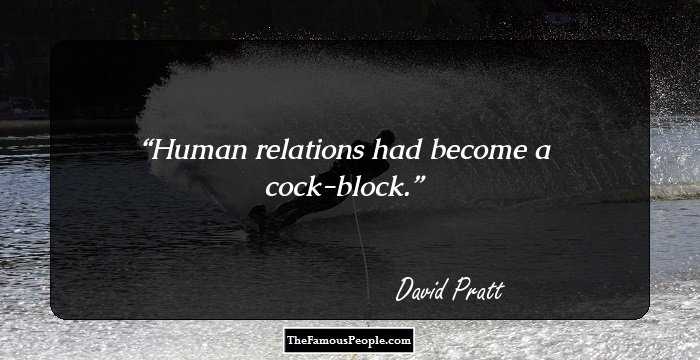 Human relations had become a cock-block. 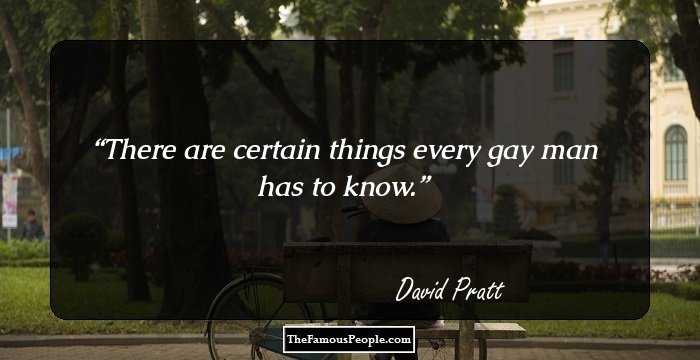 There are certain things every gay man has to know. 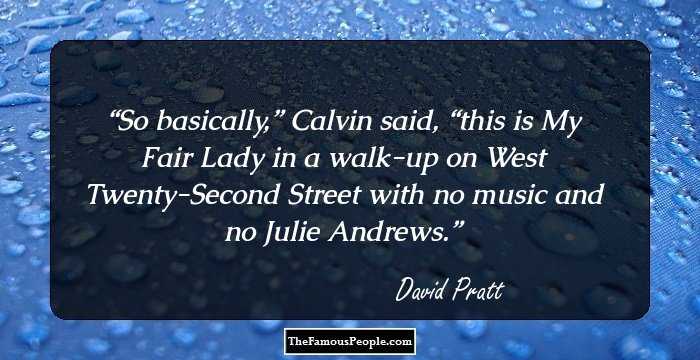 So basically,â Calvin said, âthis is My Fair Lady in a walk-up on West Twenty-Second Street with no music and no Julie Andrews.

Educate yourself, take the time to find out what is in a bill and how it will effect everything, and not just how it effects you in the short term, but what the long term consequences of a bill, law or legislations will have an everyone and every community, altimetry effecting you!

You Time Yourself Will
David Pratt 34 Nikita Khrushchev Quotes That You Must Know