Famous As: One of the Most Significant Theoretical Physicists of the 20th Century
Born On: December 20, 1917
Died On: October 27, 1992
Born In: Wilkes-Barre, Pennsylvania, United States
Died At Age: 74
David Bohm was a prominent American scientist and theoretical physicist who is accredited for propounding the theory âimplicate and explicate orderâ. He is considered as one the most pronounced theoretical physicists of the 20th century. Bohm made radical contributions towards philosophy of mind, quantum theory and neuropsychology. He graduated high school and went to pursue science in college. He then served as a professor at various universities. Bohm authored a number of books on quantum physics and corresponding science. His thoughts, researches, work, writings, books and theories have opened line of thought for many other scientists. However, some of his thoughts and works are considered to be controversial. Read through the notable quotable quotations and sayings by David Bohm which have been excerpted from his thoughts, books, researches, theories, writings and work. Zoom through the quotes and thoughts by David Bohm.
Listed In:
Scientists 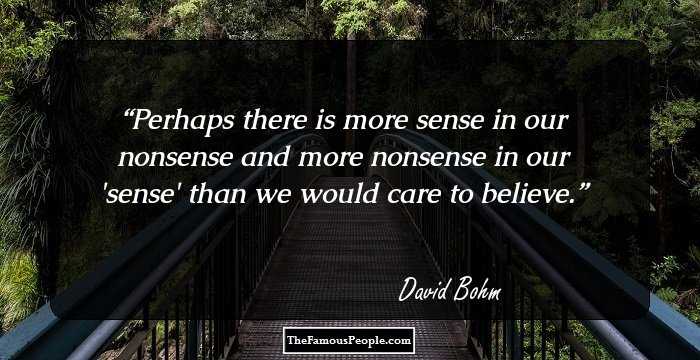 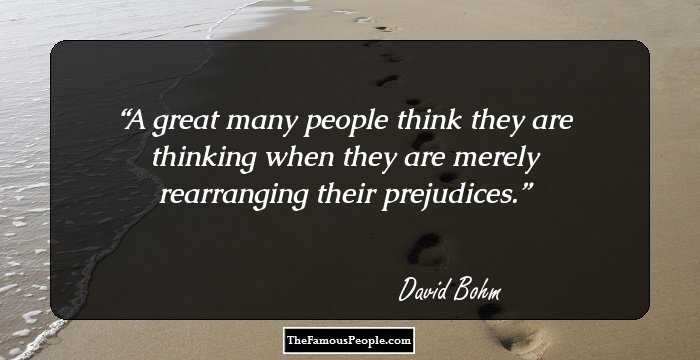 A great many people think they are thinking when they are merely rearranging their prejudices. 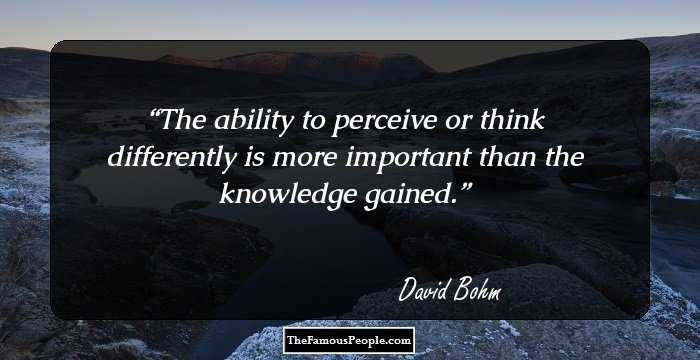 The ability to perceive or think differently is more important than the knowledge gained. 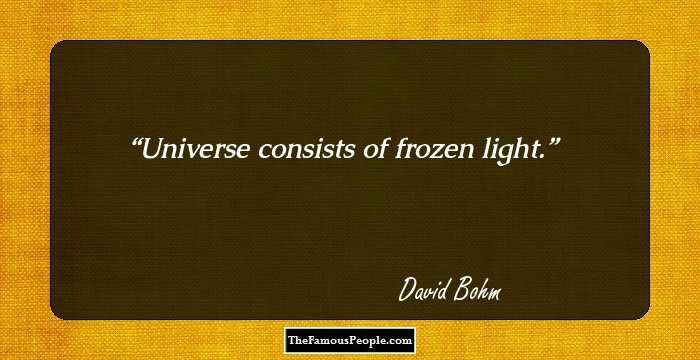 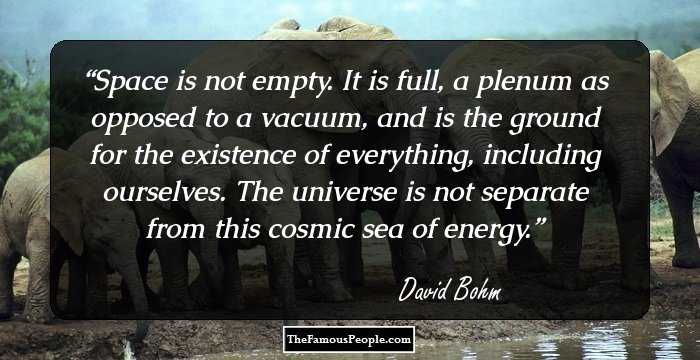 Space is not empty. It is full, a plenum as opposed to a vacuum, and is the ground for the existence of everything, including ourselves. The universe is not separate from this cosmic sea of energy. 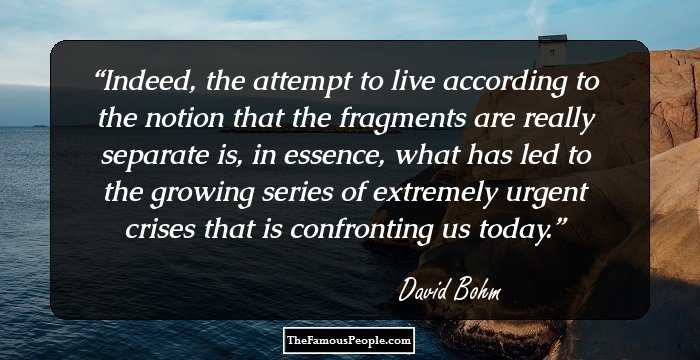 Indeed, the attempt to live according to the notion that the fragments are really separate is, in essence, what has led to the growing series of extremely urgent crises that is confronting us today. 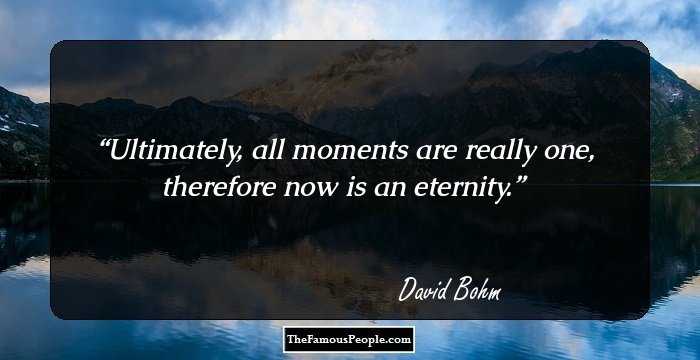 Ultimately, all moments are really one, therefore now is an eternity. 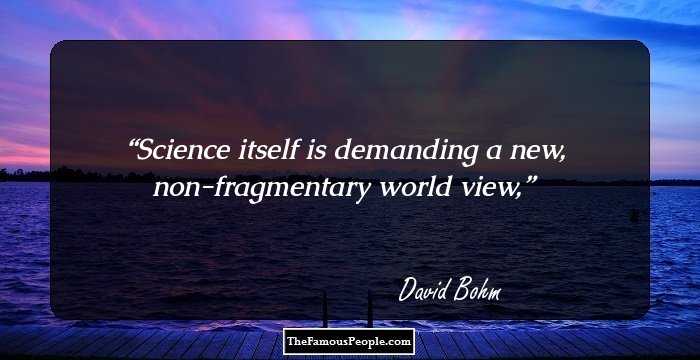 Science itself is demanding a new, non-fragmentary world view, 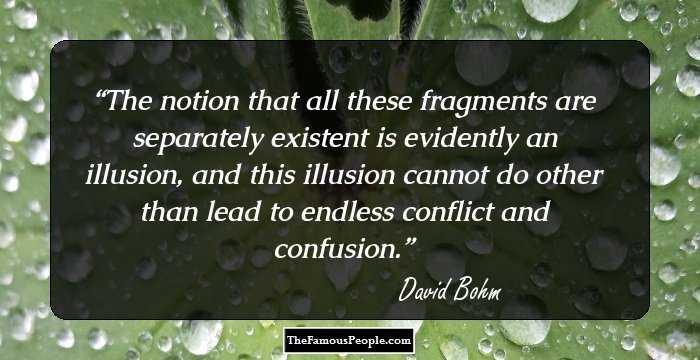 The notion that all these fragments are separately existent is evidently an illusion, and this illusion cannot do other than lead to endless conflict and confusion. 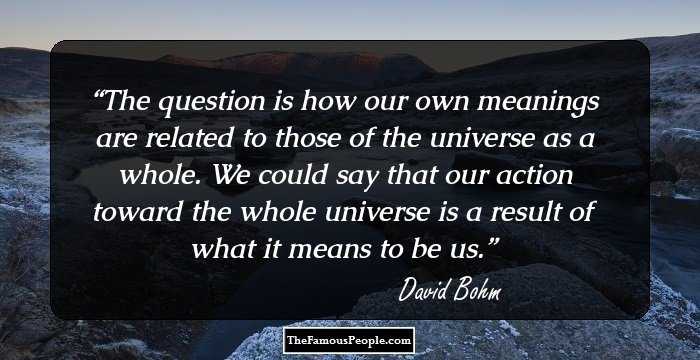 The question is how our own meanings are related to those of the universe as a whole. We could say that our action toward the whole universe is a result of what it means to be us. 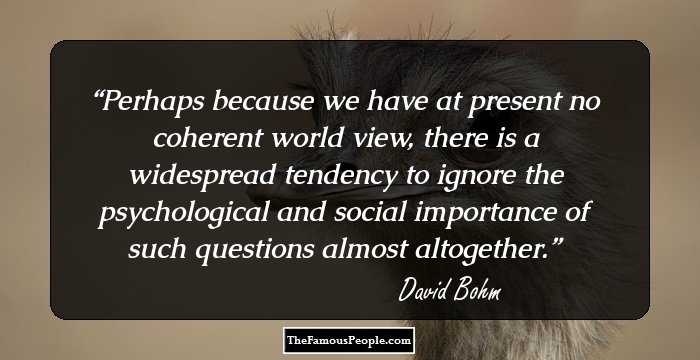 Perhaps because we have at present no coherent world view, there is a widespread tendency to ignore the psychological and social importance of such questions almost altogether. 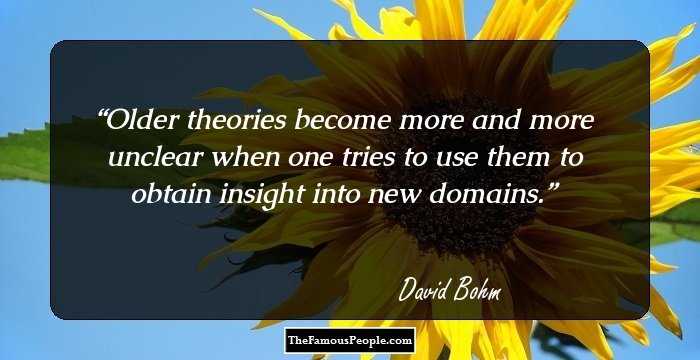 Older theories become more and more unclear when one tries to use them to obtain insight into new domains. 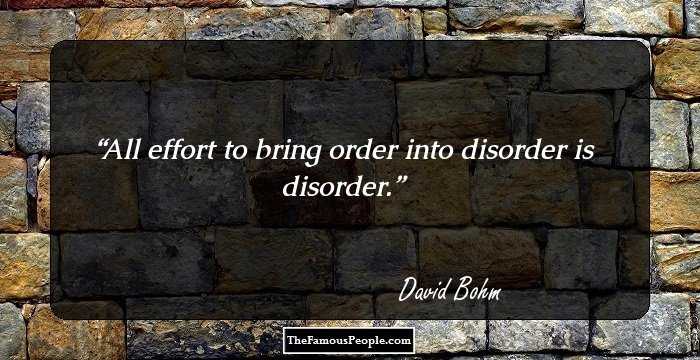 All effort to bring order into disorder is disorder. 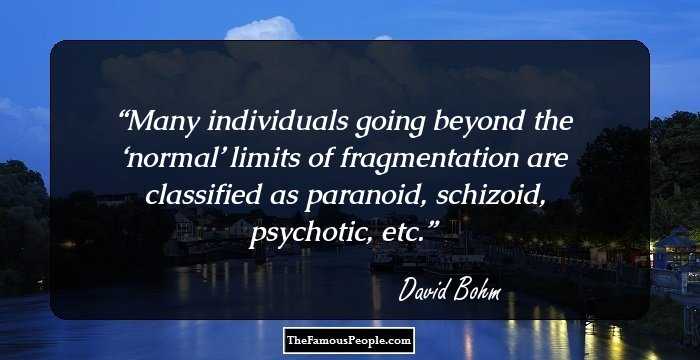 Many individuals going beyond the ânormalâ limits of fragmentation are classified as paranoid, schizoid, psychotic, etc. 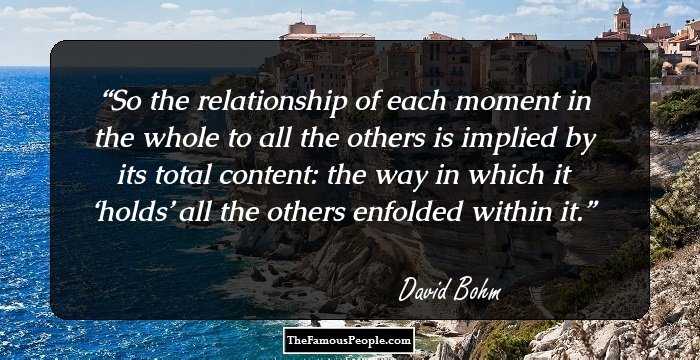 So the relationship of each moment in the whole to all the others is implied by its total content: the way in which it âholdsâ all the others enfolded within it. 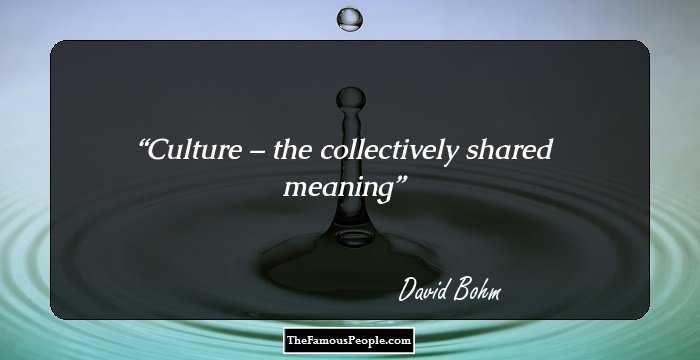 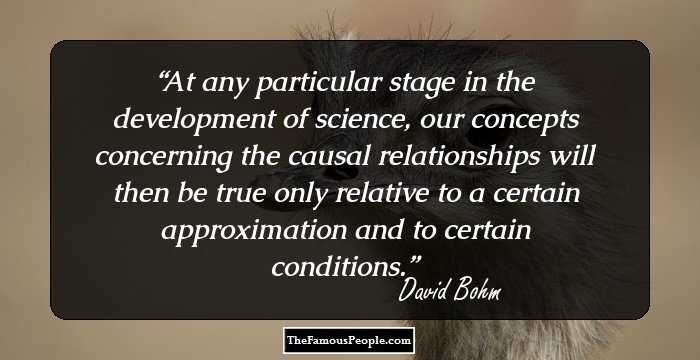 At any particular stage in the development of science, our concepts concerning the causal relationships will then be true only relative to a certain approximation and to certain conditions.