Daniel Dae Kim is an American actor, producer, and voice actor. He is the owner of the production company â3AD.â âThe Good Doctor,â an American medical drama television series is being produced by the same. Some of his noteworthy film credits include âAngel,â Lost,â âHawaii Five-0,â and âSaints Row,â amongst various others. He has also voiced Chief Benja in âRaya and the Last Dragon.â He also starred in the superhero film âHellyboy.â Read through the collection of famous quotes by Daniel Dae Kim which have been compiled from his movies, dialogues, interviews, etc. We have rounded some quotes by Daniel Dae Kim on life, diversity, learning, fiction, wisdom, romance, obstacles, growth, experience, love, people, science, family, movies, money, equality, challenges, etc. 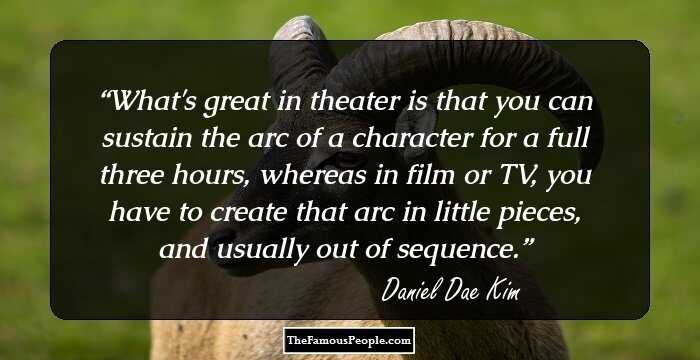 What's great in theater is that you can sustain the arc of a character for a full three hours, whereas in film or TV, you have to create that arc in little pieces, and usually out of sequence. 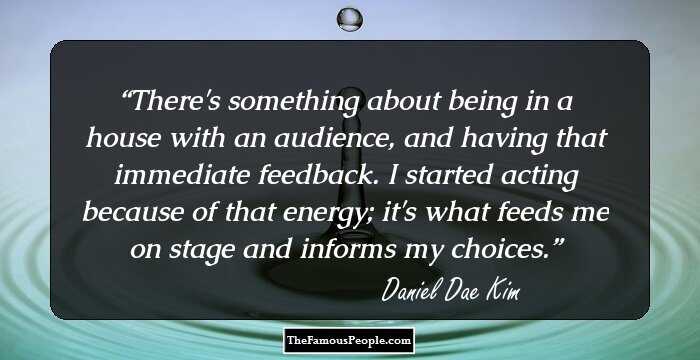 There's something about being in a house with an audience, and having that immediate feedback. I started acting because of that energy; it's what feeds me on stage and informs my choices. 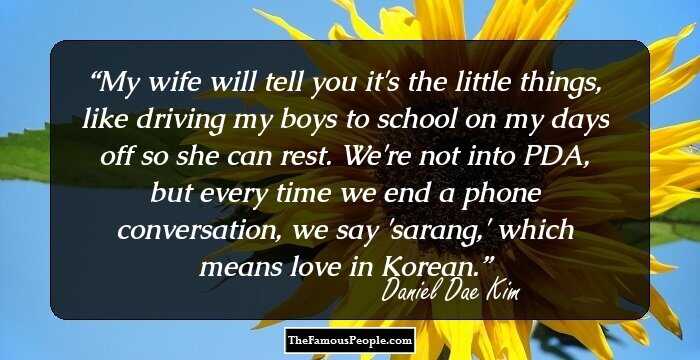 My wife will tell you it's the little things, like driving my boys to school on my days off so she can rest. We're not into PDA, but every time we end a phone conversation, we say 'sarang,' which means love in Korean. 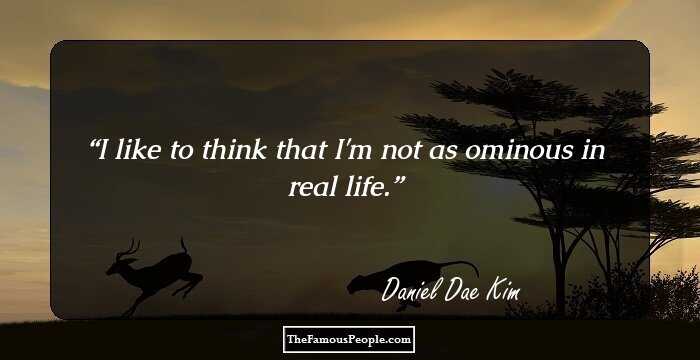 I like to think that I'm not as ominous in real life. 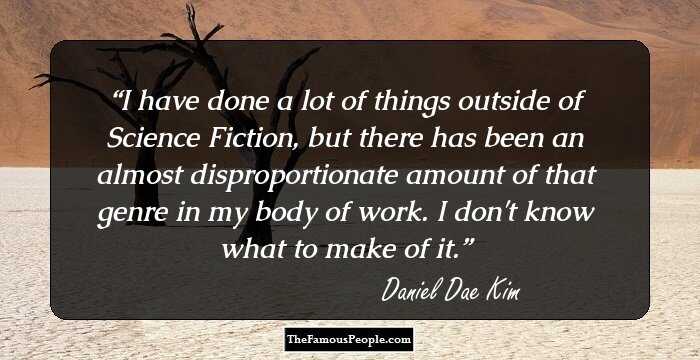 I have done a lot of things outside of Science Fiction, but there has been an almost disproportionate amount of that genre in my body of work. I don't know what to make of it. 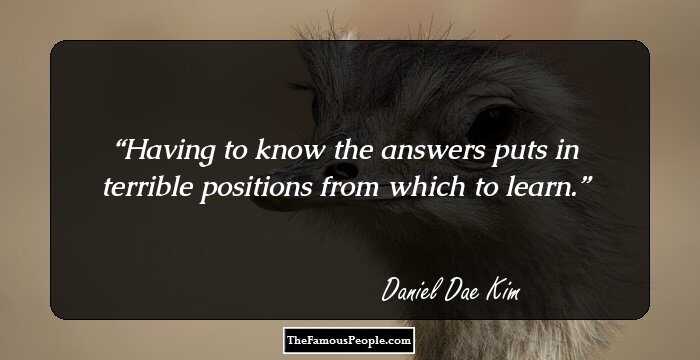 Having to know the answers puts in terrible positions from which to learn.

Well, here's what I'll say: The storytellers of 'Lost' have taken us on a pretty great journey, and there have been questions along the way, and criticisms along the way, but if you look at the totality of the show, or the experience of it as a whole, I think as long as you look at it from that perspective you'll be happy.