Famous As: American Businessman and Founder of the âHilton Hotelsâ Chain
Born On: December 25, 1887
Died On: January 3, 1979
Born In: San Antonio, New Mexico, United States
Founder / Co Founder: Hilton Hotels
Died At Age: 91
One of the greatest names in the hospitality industry, Conrad Nicholson Hilton was the founder of the Hilton Hotels franchisee. Hilton was also a notable philanthropist who helped in the alleviation of human agony through âConrad N. Hilton Foundationâ. He was also instrumental in setting up the âConrad N. Hilton College of Hospitalityâ which provided ample opportunities for young aspirants in this field. âThe Conrad N. Hilton Humanitarian Prizeâ was initiated by foundation for outstanding work in humanitarian and philanthropic work. He also received honorary degrees from various elite institutes such as âUniversity of Detroitâ, âDePaul Universityâ, âBarat Collegeâ, âAdelphi Collegeâ, âSophia Universityâ and âThe University of Albuquerqueâ. He also ventured into writing through his works like âBe My Guestâ, âAutobiography of Conrad Hiltonâ and âInspirations of an Innkeeperâ. Hilton also developed a cult following through his thoughts and writings which emphasized on subjects such as wealth, success, achievements, humanity, poverty, charity, greatness, wisdom, knowledge, equality and freedom. Here is a compilation of some of the most enlightening quotes from this legendary hotelier from the United States of America. Â Take a look at the collection of famous quotations and thoughts by Conrad Hilton.
Listed In:
Business People 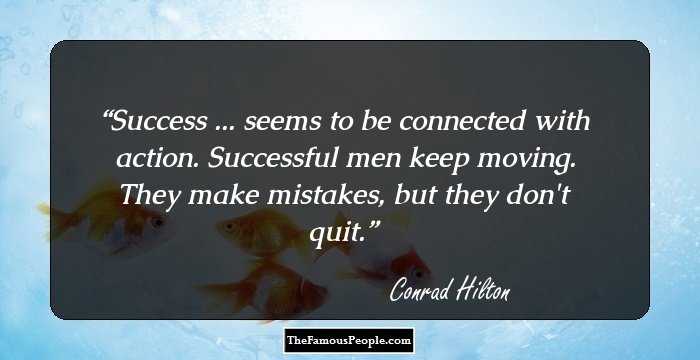 Success ... seems to be connected with action. Successful men keep moving. They make mistakes, but they don't quit. 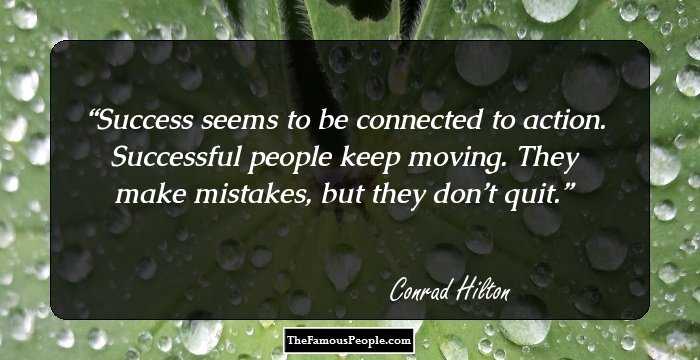 Success seems to be connected to action. Successful people keep moving. They make mistakes, but they don’t quit. 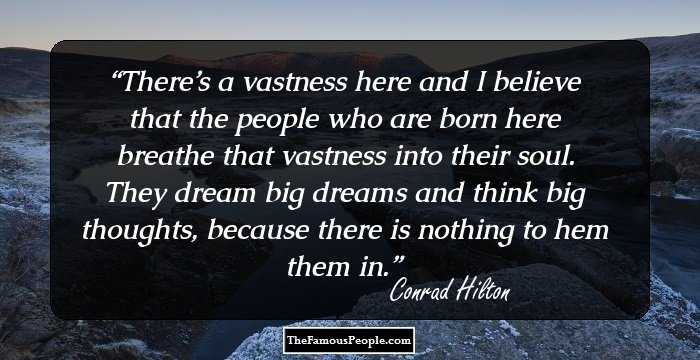 There’s a vastness here and I believe that the people who are born here breathe that vastness into their soul. They dream big dreams and think big thoughts, because there is nothing to hem them in. 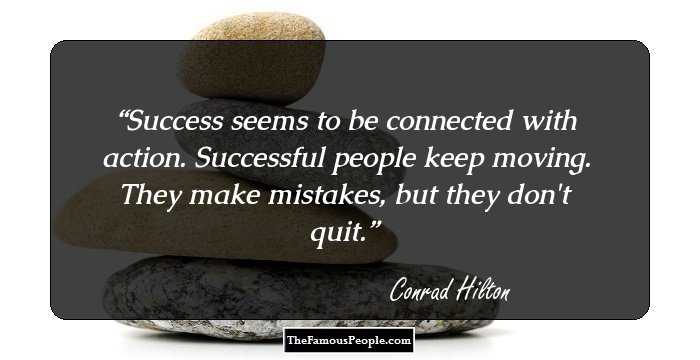 Success seems to be connected with action. Successful people keep moving. They make mistakes, but they don't quit. 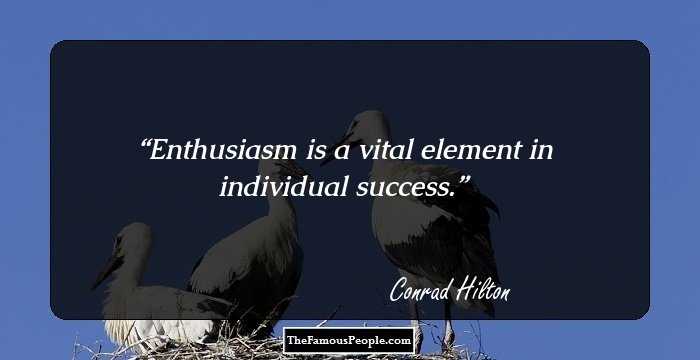 Enthusiasm is a vital element in individual success. 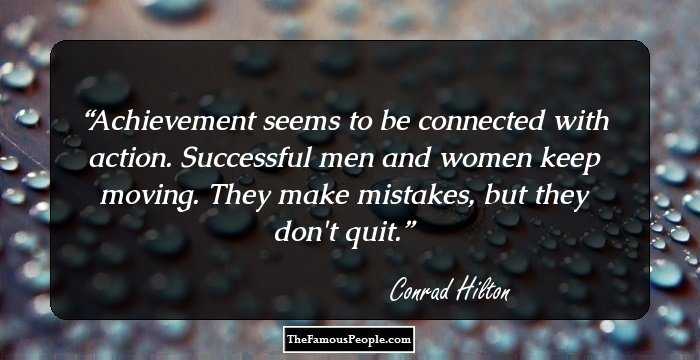 Achievement seems to be connected with action. Successful men and women keep moving. They make mistakes, but they don't quit. 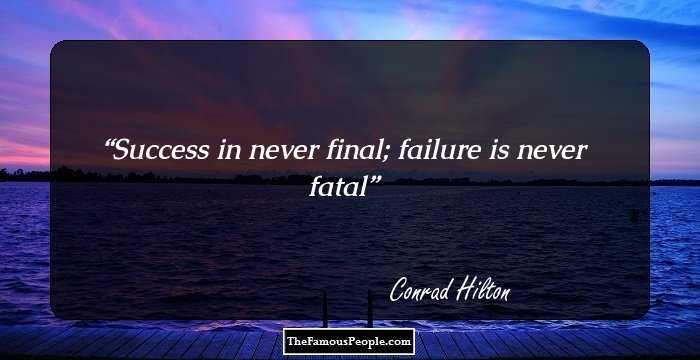 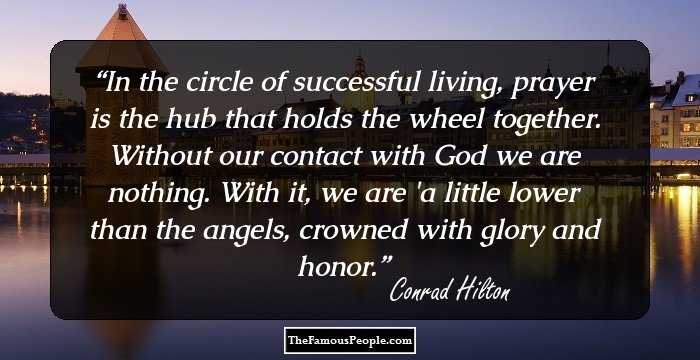 In the circle of successful living, prayer is the hub that holds the wheel together. Without our contact with God we are nothing. With it, we are 'a little lower than the angels, crowned with glory and honor. 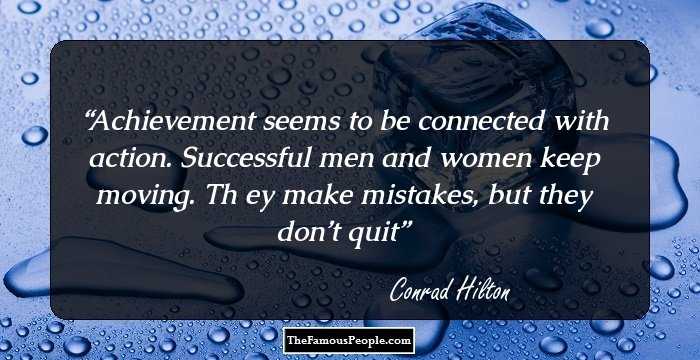 25 Interesting Quotes By John McAfee For The Tech Gurus