Famous As: Actor and Comedian
Born On: February 15, 1964
Died On: December 18, 1997
Born In: Madison, Wisconsin, United States
Died At Age: 33
Chris Farley was a distinguished American comedian and actor. He was a member of âSecond City Theaterâ and celebrated for his dynamic comedic style. He was also a member of âSaturday Night Liveâ and appeared in a number of films, including âBeverly Hills Ninja,â âDirty Works,â âConeheads,â âAlmost Heroes,â âTommy Boy,â and âBlack Sheep.â He was awarded a star on the âHollywood Walk of Fame,â posthumously. âI Am Chris Farley,â a television documentary on his life, was broadcast in 2015. We bring to you some popular and enlightening quotes and sayings by Chris Farley which have been extracted from his movies, gigs, tv-shows, thoughts, works, one liner and life. We have rounded the best quotes and thoughts by Chris Farley that will not only tickle your funny bones but will also enlighten you.
Listed In:
Actors
Film & Theater Personalities
Comedians 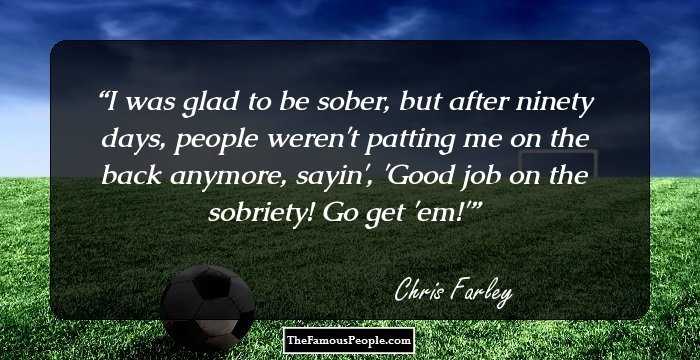 I was glad to be sober, but after ninety days, people weren't patting me on the back anymore, sayin', 'Good job on the sobriety! Go get 'em!' 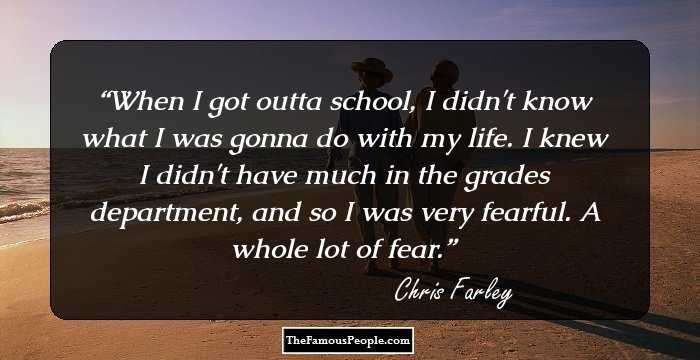 When I got outta school, I didn't know what I was gonna do with my life. I knew I didn't have much in the grades department, and so I was very fearful. A whole lot of fear. 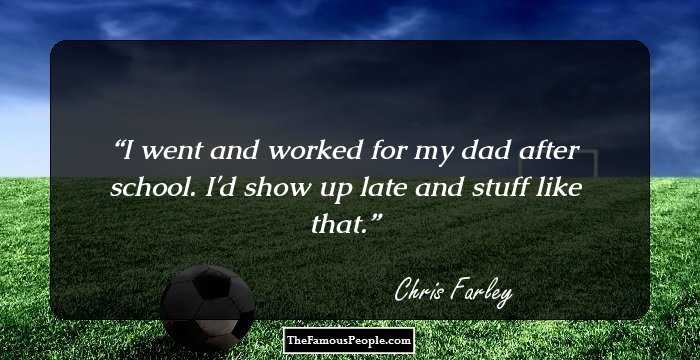 I went and worked for my dad after school. I'd show up late and stuff like that. 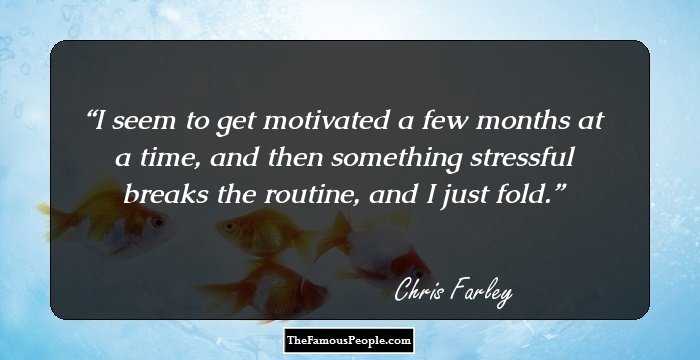 I seem to get motivated a few months at a time, and then something stressful breaks the routine, and I just fold. 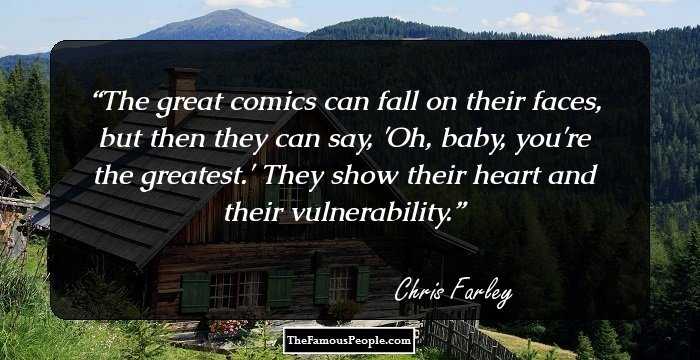 The great comics can fall on their faces, but then they can say, 'Oh, baby, you're the greatest.' They show their heart and their vulnerability. 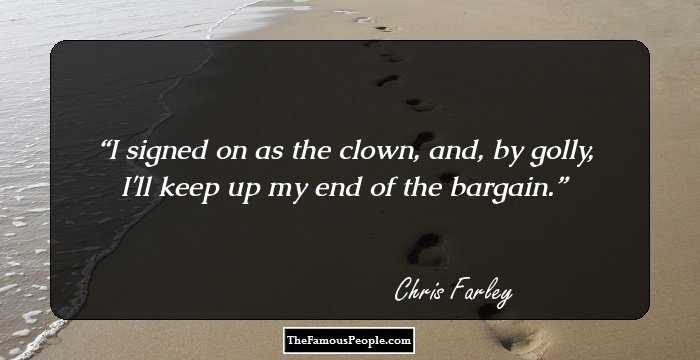 I signed on as the clown, and, by golly, I'll keep up my end of the bargain. 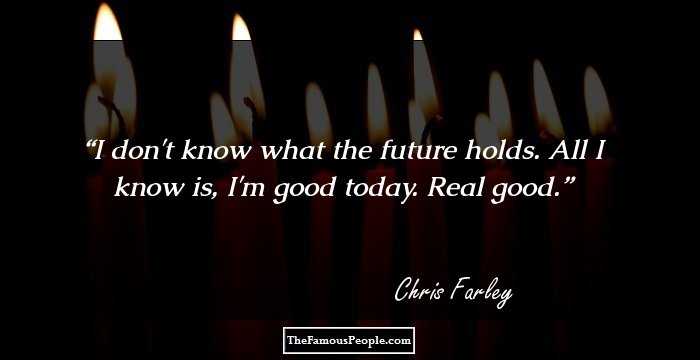 I don't know what the future holds. All I know is, I'm good today. Real good. 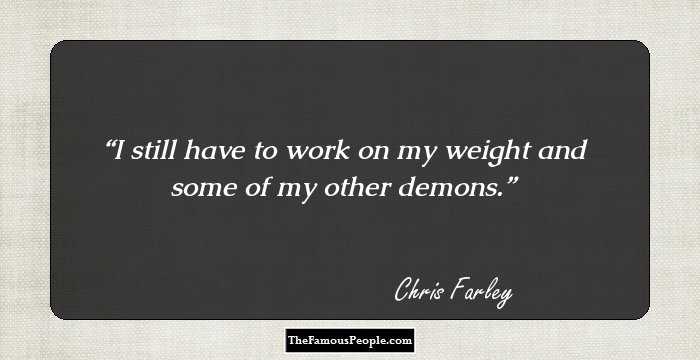 I still have to work on my weight and some of my other demons. 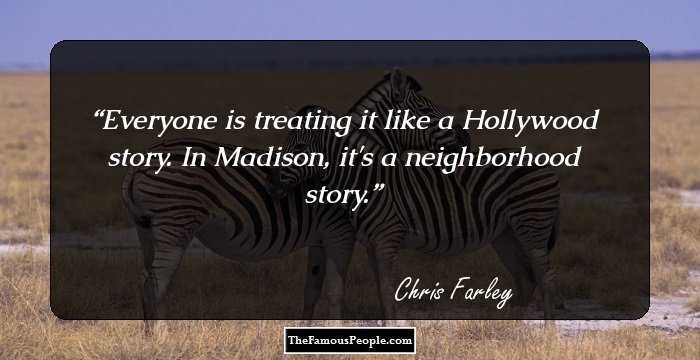 Everyone is treating it like a Hollywood story. In Madison, it's a neighborhood story. 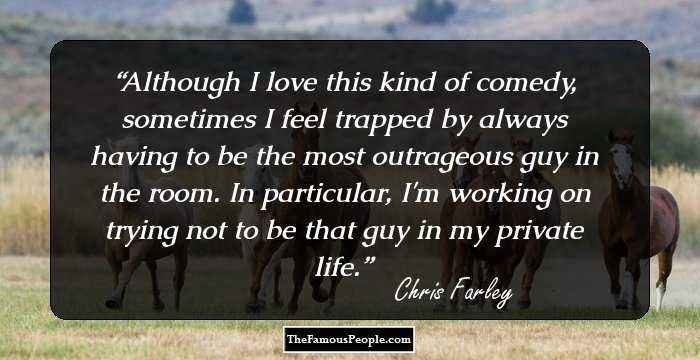 Although I love this kind of comedy, sometimes I feel trapped by always having to be the most outrageous guy in the room. In particular, I'm working on trying not to be that guy in my private life. 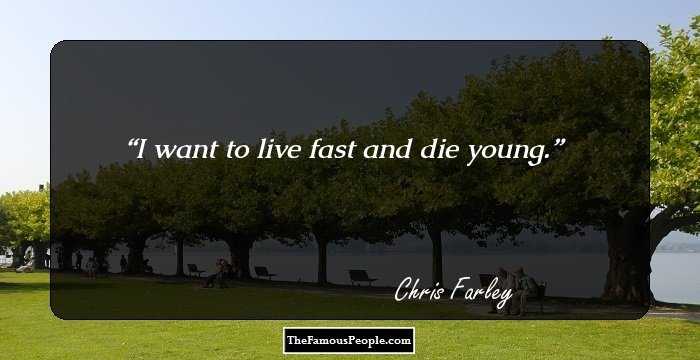 I want to live fast and die young. 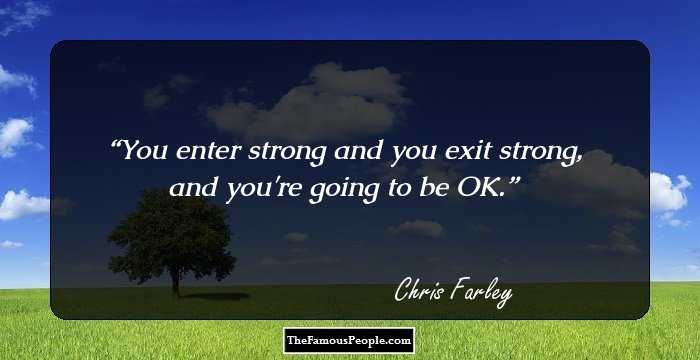 You enter strong and you exit strong, and you're going to be OK. 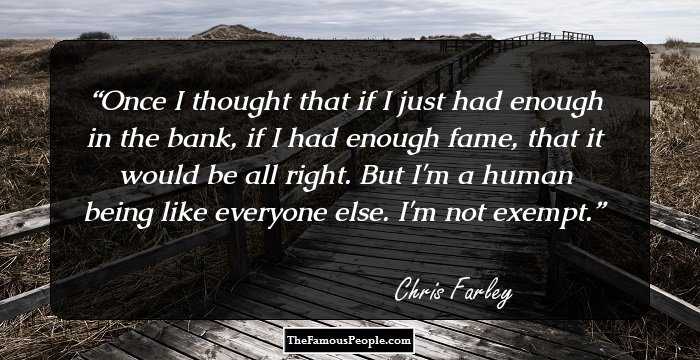 Once I thought that if I just had enough in the bank, if I had enough fame, that it would be all right. But I'm a human being like everyone else. I'm not exempt. 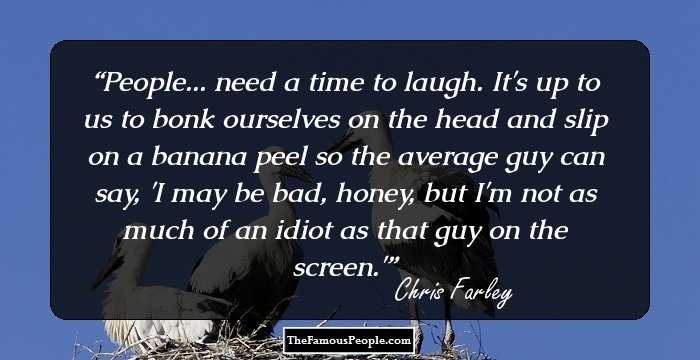 People... need a time to laugh. It's up to us to bonk ourselves on the head and slip on a banana peel so the average guy can say, 'I may be bad, honey, but I'm not as much of an idiot as that guy on the screen.' 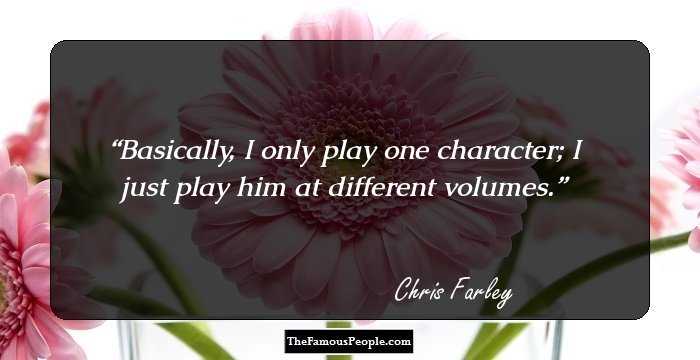 Basically, I only play one character; I just play him at different volumes. 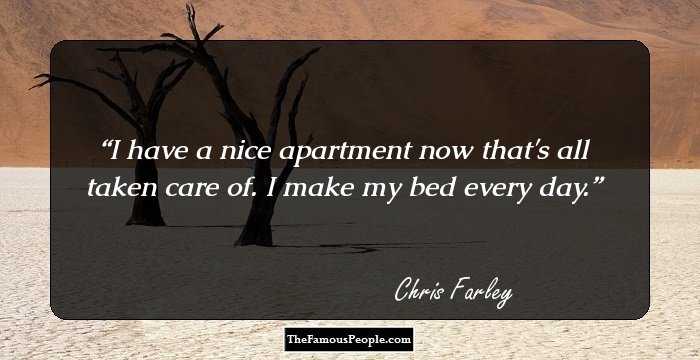 I have a nice apartment now that's all taken care of. I make my bed every day. 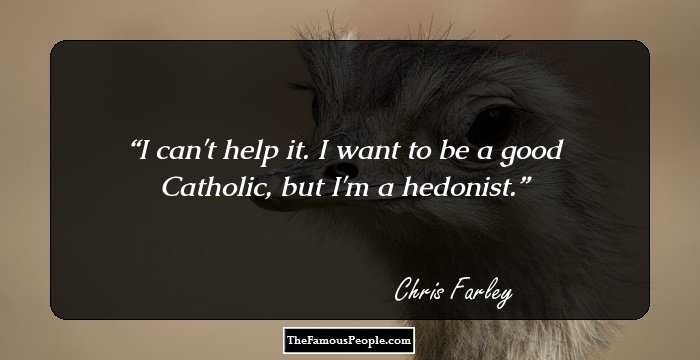 I can't help it. I want to be a good Catholic, but I'm a hedonist. 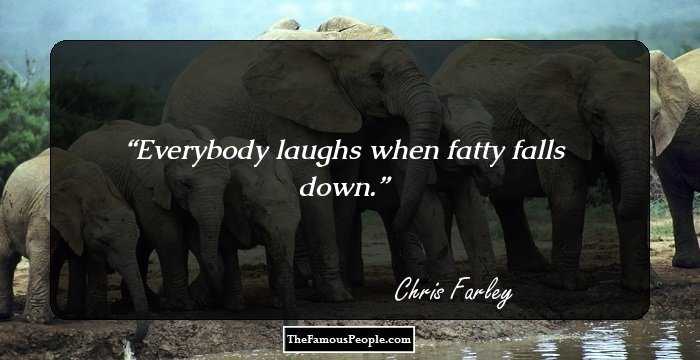 Everybody laughs when fatty falls down. 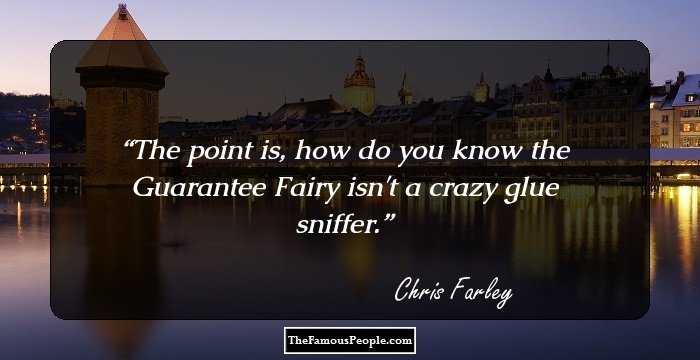 The point is, how do you know the Guarantee Fairy isn't a crazy glue sniffer. 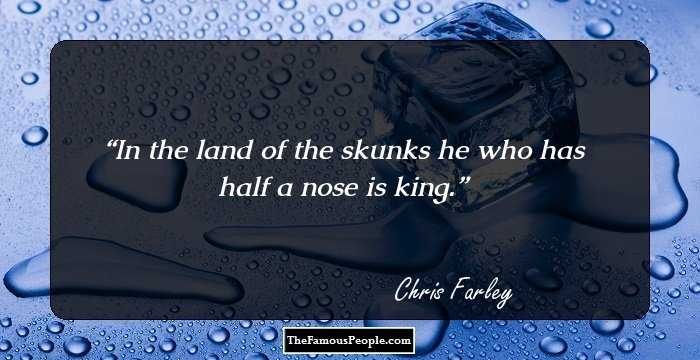 In the land of the skunks he who has half a nose is king.

I remember one time when all the nuns in my Catholic grade school got around in a semicircle, me and Mom in the middle, and they said, 'Mrs. Farley, the children at school are laughing at Christopher, not with him.' I thought, 'Who cares? As long as they're laughing.'

I was in the Pritikin Center in Santa Monica once, trying to lose 30 or 40 pounds in a month. I'd work... on a treadmill and with the weights, but it was driving me nuts. So I escaped. Tom Arnold picked me up and we went to Le Dome and had tons of desserts.

I have a tendency toward the pleasures of the flesh. It's a battle for me, as far as weight and things like that. But I'm curbing them because I want to continue to do comedy, and the two don't mix. So I try to fight those demons.

There's no control in life, is there? There's only one who's in control, and He'll take me when He wants me. I don't want to know about it. It's none of my business. But when it happens, I just ask that it won't be painful and that He forgives me my sins.

I went down to Chicago to try to go into a place called Second City. I auditioned for that and got in pretty quickly, but I couldn't stop partying. They gave me a warning: 'If you do it again, we're gonna kick you off the main stage.'