Bruno Mars is an award-winning American singer-songwriter acknowledged as âone of the world's best-selling artists of all timeâ. He was born in a family of musicians which had a huge influence on him. He was surrounded by musical instruments which helped him self-train from an early age. He shifted to Los Angeles after his graduation to pursue his never-ending passion for music. During his initial days there he started writing songs while playing music in some local clubs. This helped him get his first single titled âJust the Way You Areâ. It topped the âBillboard Hot 100â list and was also successful commercially, selling approximately 13 million copies worldwide. This made him instantly famous and established his reputation as a singer. This was followed by various other âBillboard Hitsâ including âUnorthodox Jukeboxâ. He wonÂ a huge number of awards including multiple âGrammy Awardsâ and âMTV Video Music Awardâ. We have compiled some famous quotations and sayings by the multi-faceted artist which have been curated from his work and life. Go through this perfect blend of his quotes and sayings that will help you look at life and music through his perspective. 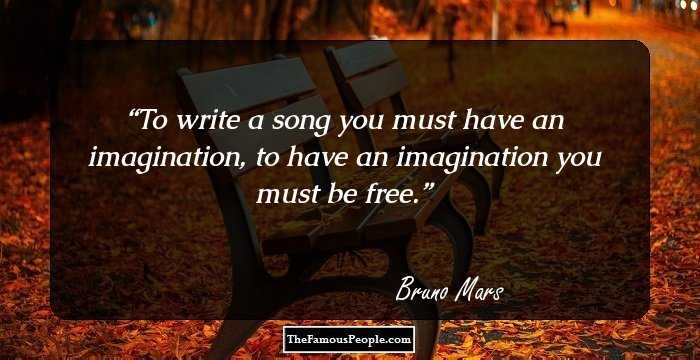 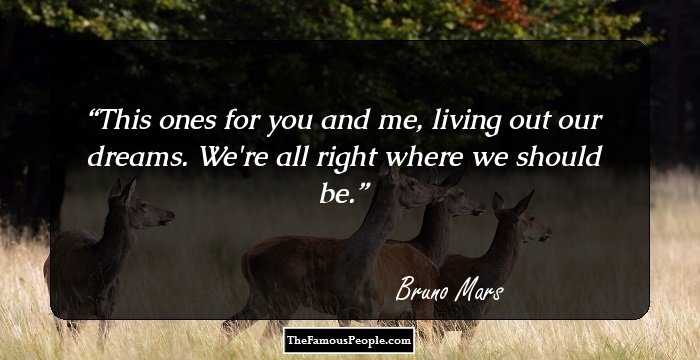 This ones for you and me, living out our dreams. We're all right where we should be.

You Me Dreams Living
Bruno Mars 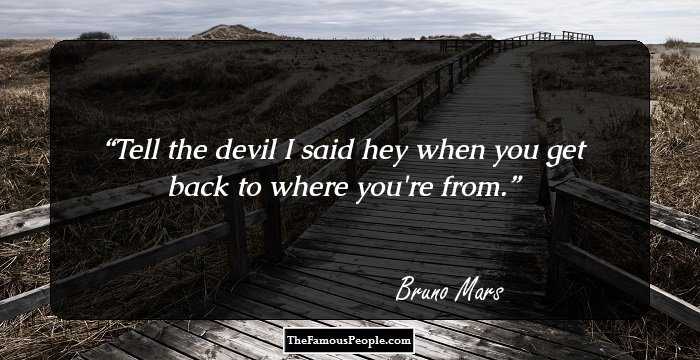 Tell the devil I said hey when you get back to where you're from.

You I
Bruno Mars 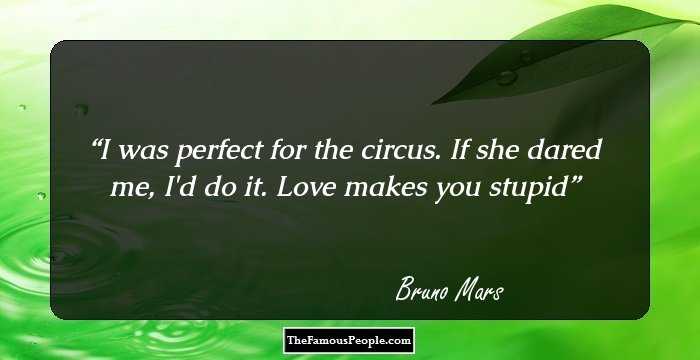 I was perfect for the circus. If she dared me, I'd do it. Love makes you stupid

You Me Love I
Bruno Mars 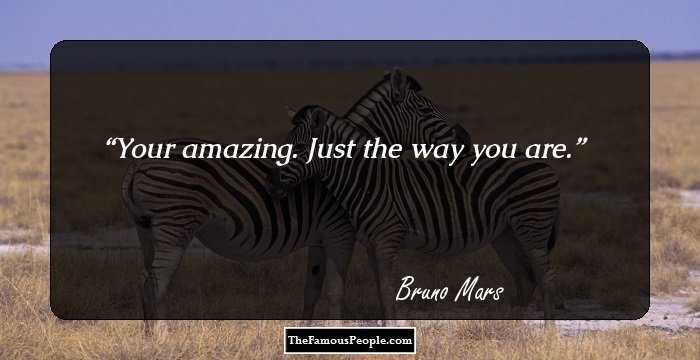 Your amazing. Just the way you are. 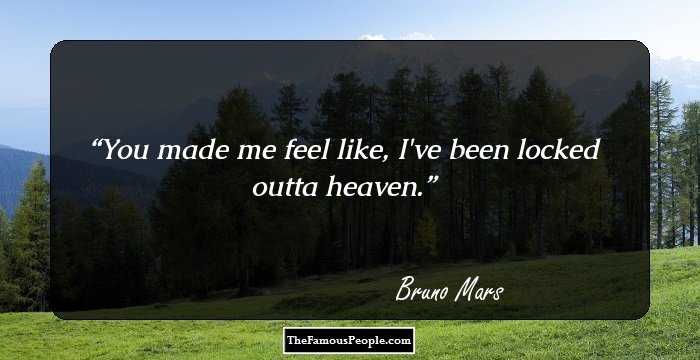 You made me feel like, I've been locked outta heaven. 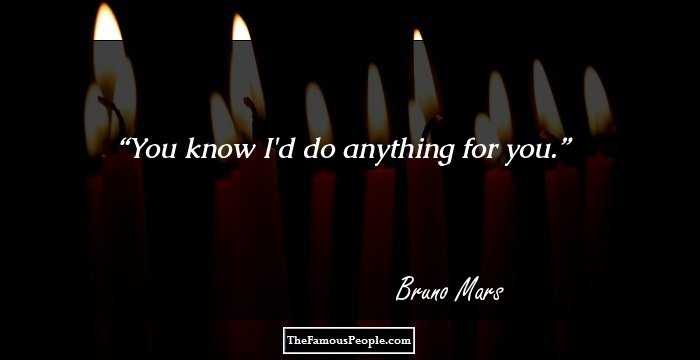 You know I'd do anything for you. 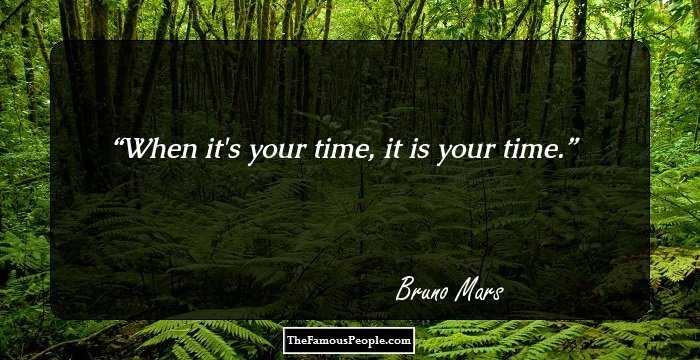 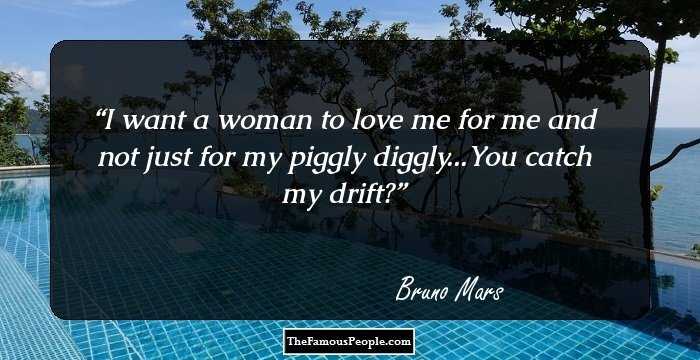 I want a woman to love me for me and not just for my piggly diggly...You catch my drift?

Me Love I
Bruno Mars 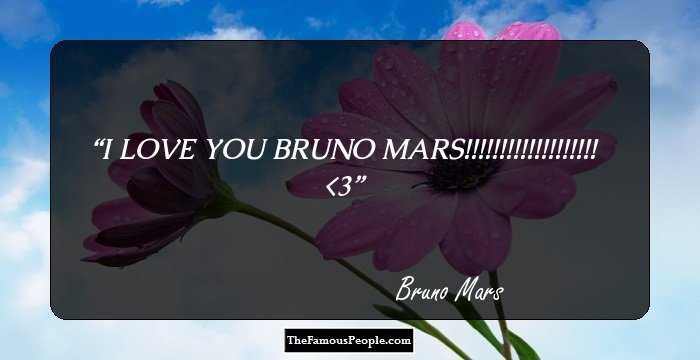 You Love I
Bruno Mars 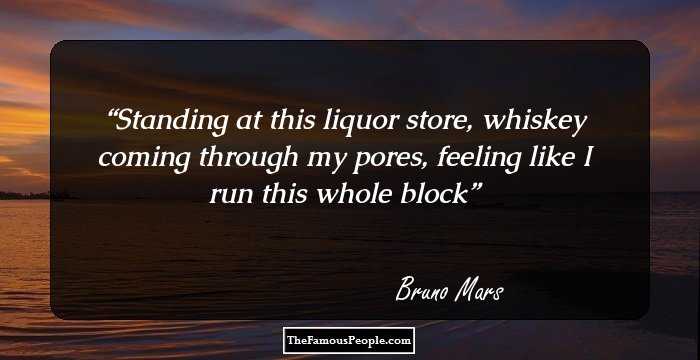 Standing at this liquor store, whiskey coming through my pores, feeling like I run this whole block 74 Insightful Quotes By Beck That Will Rock Your World 54 Famous Quotes By Ted Nugent That Will Rock You