Famous As: Voice actor
Born On: April 16, 1952
Born In: Detroit, Michigan, United States
Age: 70 Years
Billy West is a celebrated American singer, musician, songwriter, voice actor, former radio personality, and comedian. He grabbed the limelight for his phenomenal voice-over work in a number of video games, television series, commercials, and films. He is also the voice behind the red M&M and has done several voice-overs in his career. He was a part of âThe Howard Stern Show,â as a cast member and is renowned for his impersonation of âThe Three Stoogesâ Larry Fine.â He has also voiced Woody Woodpecker, Bugs Bunny, Popeye, Shaggy Rogers, and Elmer Fudd during the later versions of the characters. We have amassed some famous quotes and sayings by Billy West, which have been curated from his thoughts, works, songs, lyrics, writings, gigs, interviews, utterances, and life. Zoom through the notable and quotable thoughts and quotes by Billy West.
Listed In:
Musicians
Film & Theater Personalities
Comedians 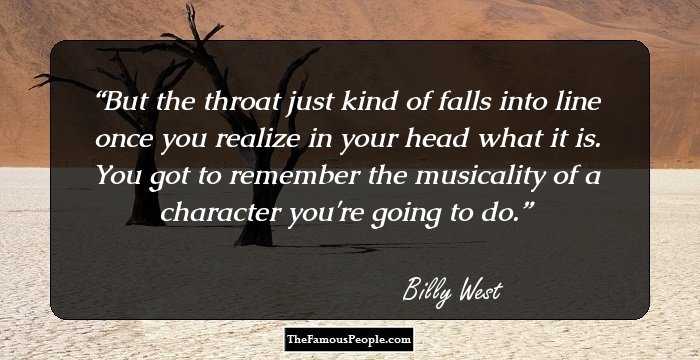 But the throat just kind of falls into line once you realize in your head what it is. You got to remember the musicality of a character you're going to do. 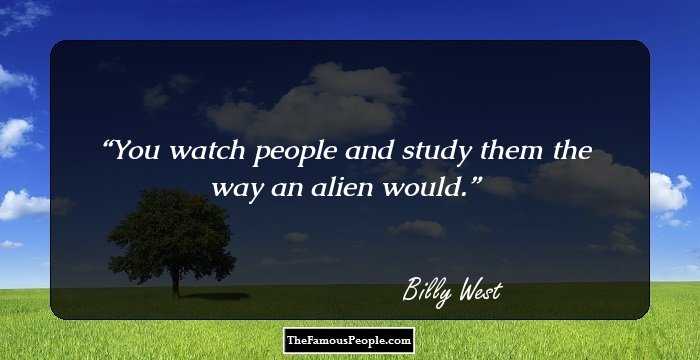 You watch people and study them the way an alien would. 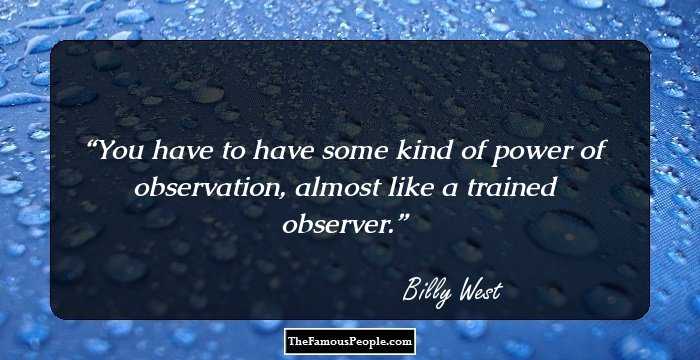 You have to have some kind of power of observation, almost like a trained observer. 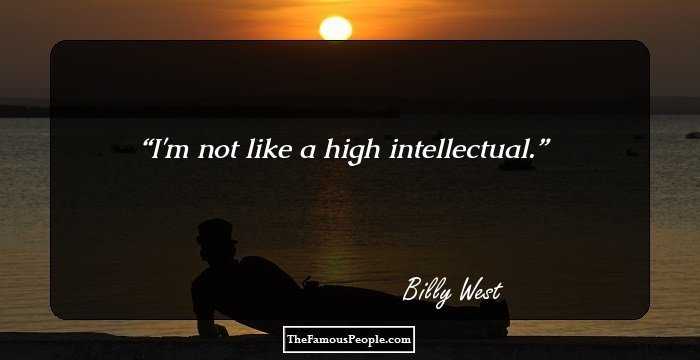 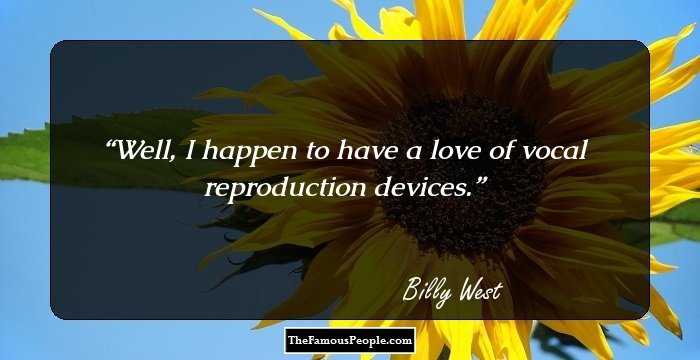 Well, I happen to have a love of vocal reproduction devices. 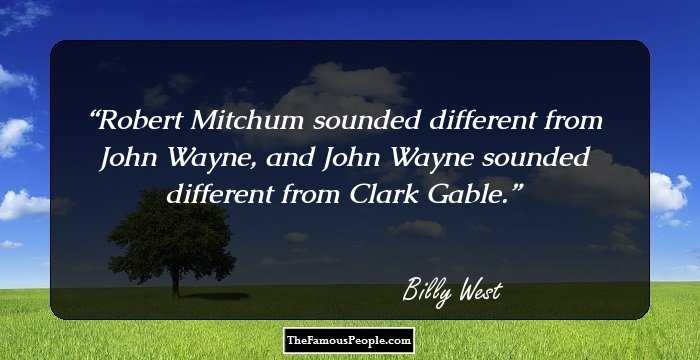 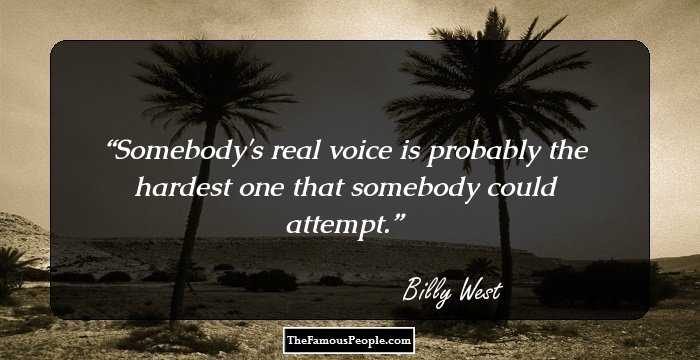 Somebody's real voice is probably the hardest one that somebody could attempt. 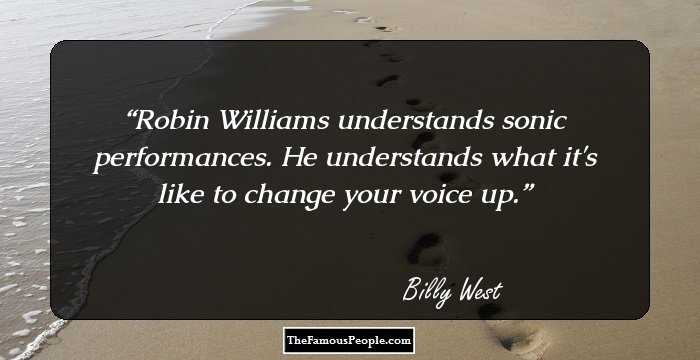 Robin Williams understands sonic performances. He understands what it's like to change your voice up. 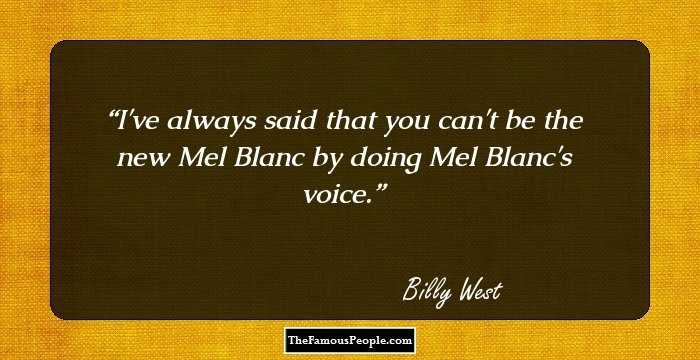 I've always said that you can't be the new Mel Blanc by doing Mel Blanc's voice. 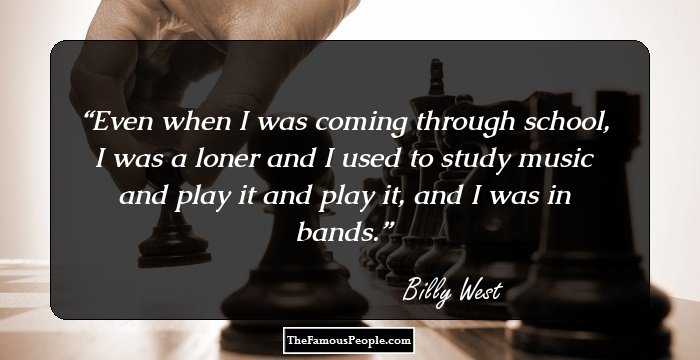 Even when I was coming through school, I was a loner and I used to study music and play it and play it, and I was in bands. 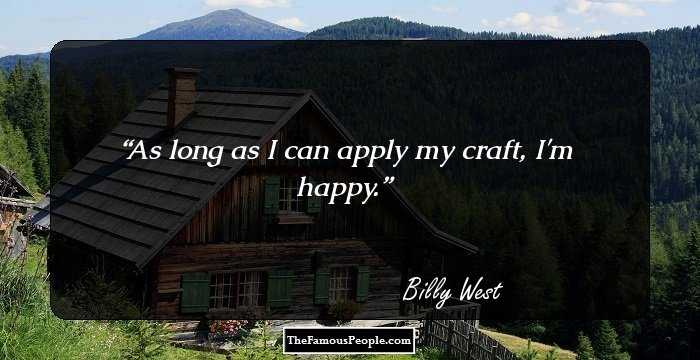 As long as I can apply my craft, I'm happy. 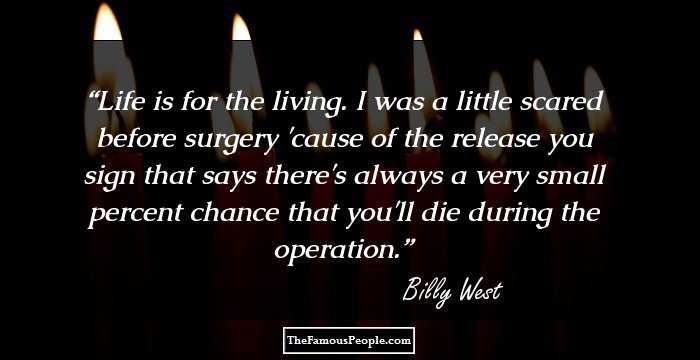 Life is for the living. I was a little scared before surgery 'cause of the release you sign that says there's always a very small percent chance that you'll die during the operation. 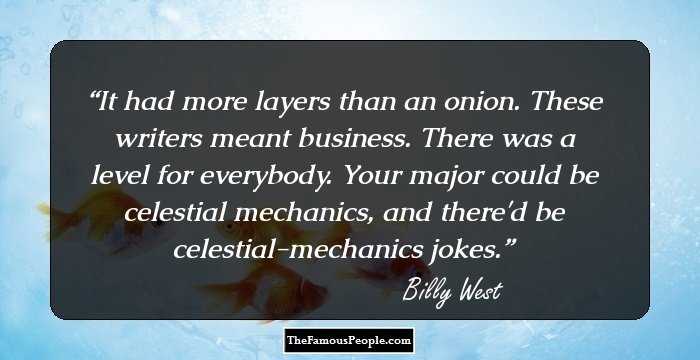 It had more layers than an onion. These writers meant business. There was a level for everybody. Your major could be celestial mechanics, and there'd be celestial-mechanics jokes. 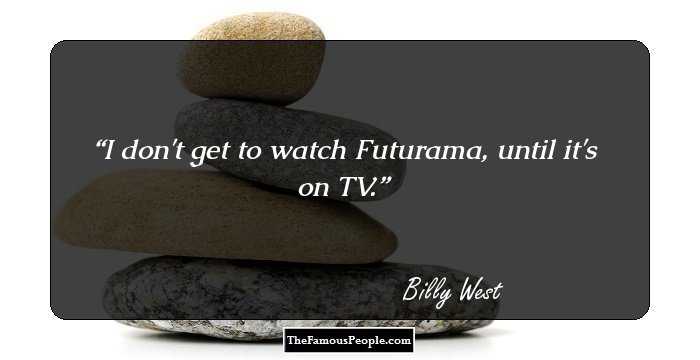 I don't get to watch Futurama, until it's on TV.