Billy the Kid, was an American outlaw who killed 8 people before he was shot at the age of 21. Billy committed his first crime (of stealing food) at the age of 16, and was arrested for the same. Within 10 days, he was arrested again for robbing a laundry. He murdered a blacksmith in 1977, and soon took part in Mexicoâs âLincoln County Warâ (1978) in which he allegedly killed three men, including Lincoln County SheriffÂ WilliamÂ J. Brady. He was convicted of Bradyâs murder but soon escaped from prison. He was shot on July 14, 1881, but many say that he survived that night. We have curated some of his quotes on law, life, truth, leader, gang, killing, belief, etc. 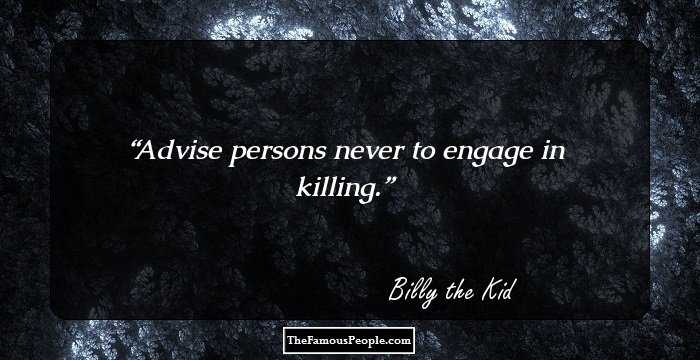 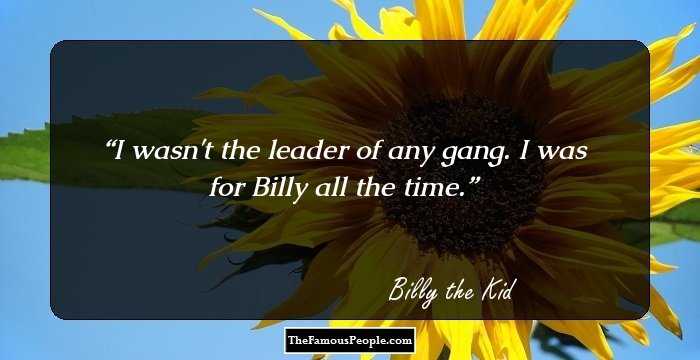 I wasn't the leader of any gang. I was for Billy all the time. 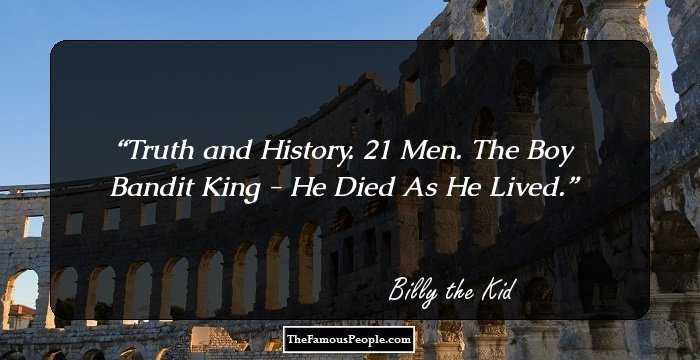 Truth and History. 21 Men. The Boy Bandit King - He Died As He Lived. 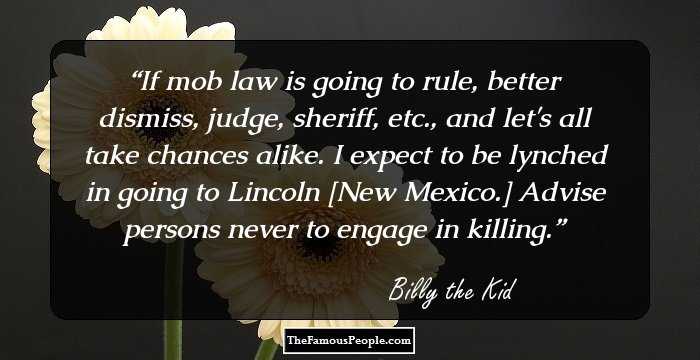 If mob law is going to rule, better dismiss, judge, sheriff, etc., and let's all take chances alike. I expect to be lynched in going to Lincoln [New Mexico.] Advise persons never to engage in killing. 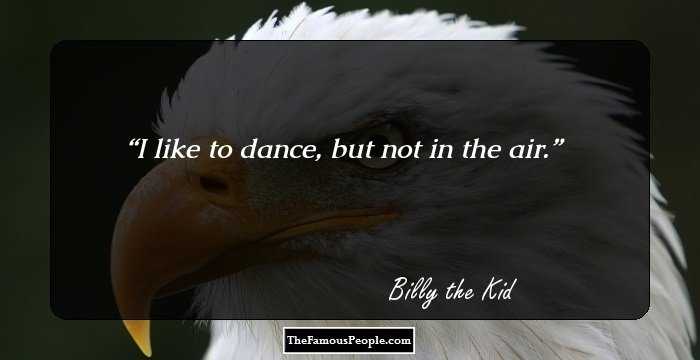 I like to dance, but not in the air. 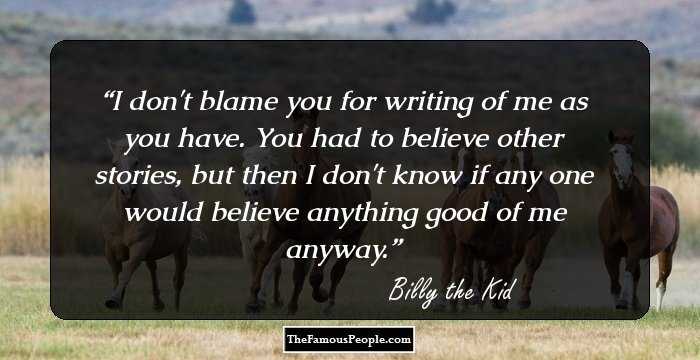 I don't blame you for writing of me as you have. You had to believe other stories, but then I don't know if any one would believe anything good of me anyway.