Bill Withers was an American singer-songwriter and musician. He bagged in âGrammy Awardsâ thrice. In 2005, he was inducted into the âSongwriters Hall of Fame.â In 2015, he was inducted into the âRock and Roll Hall of Fame.â Some of his major hits include âGrandmaâs Hands,â âJust The Two of Us,â âUse Me,â âLovely Day,â âAinât No Sunshine,â and âLean on Me,â amongst various others. We have compiled some famous quotes by Bill Withers on music, songs, death, business, people, values, friendship, wisdom, desperation, laugh, childhood, self-help, etc. 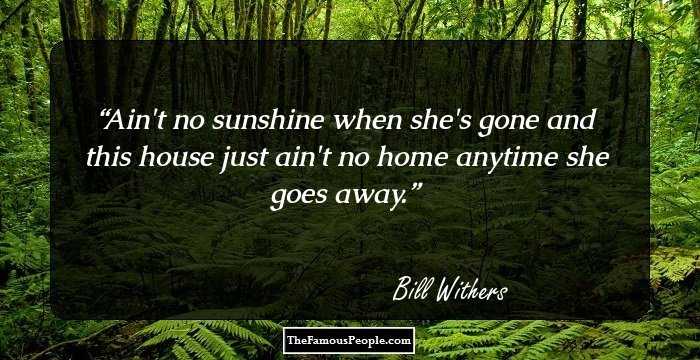 Ain't no sunshine when she's gone and this house just ain't no home anytime she goes away. 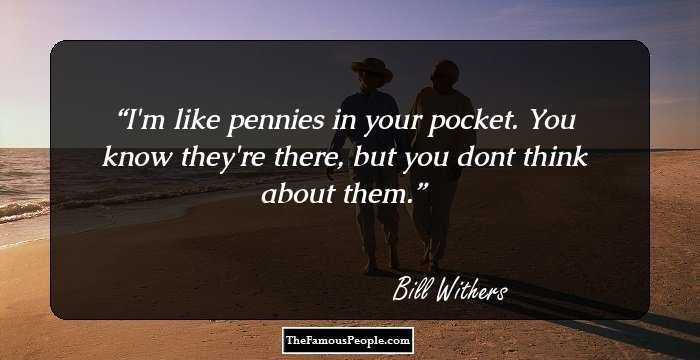 I'm like pennies in your pocket. You know they're there, but you dont think about them. 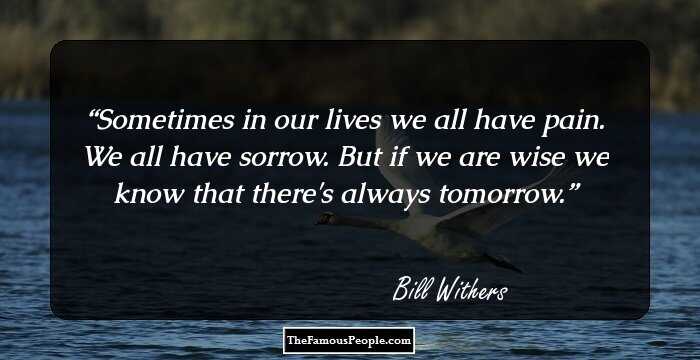 Sometimes in our lives we all have pain. We all have sorrow. But if we are wise we know that there's always tomorrow. 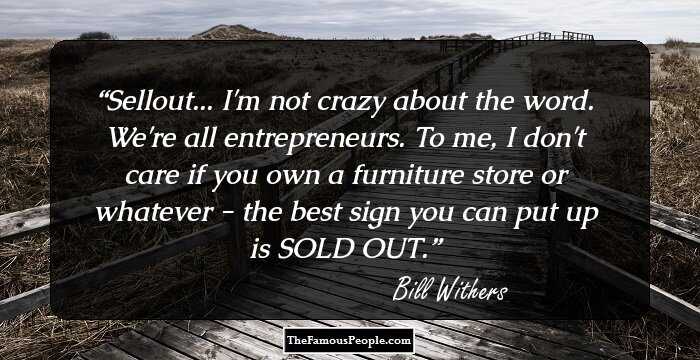 Sellout... I'm not crazy about the word. We're all entrepreneurs. To me, I don't care if you own a furniture store or whatever - the best sign you can put up is SOLD OUT. 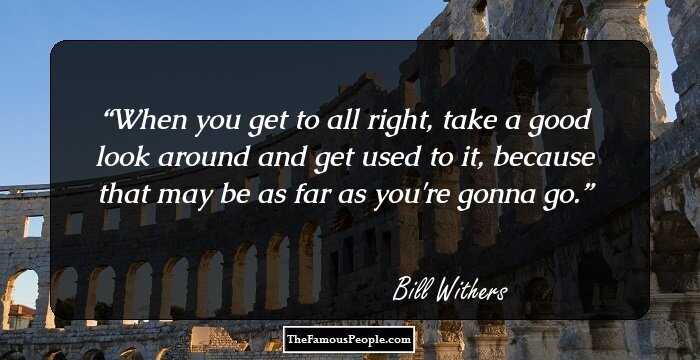 When you get to all right, take a good look around and get used to it, because that may be as far as you're gonna go. 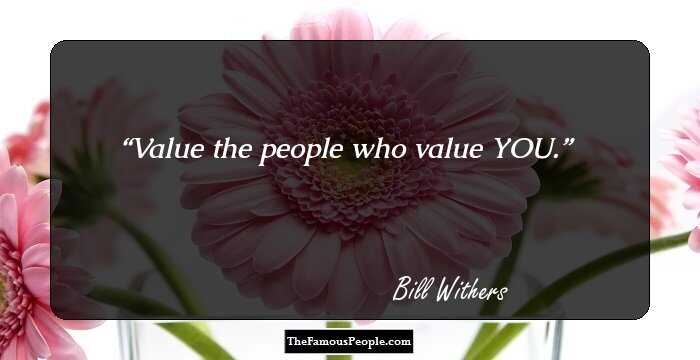 Value the people who value YOU. 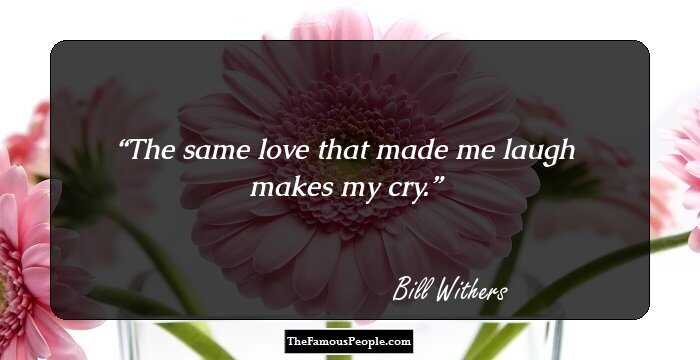 The same love that made me laugh makes my cry. 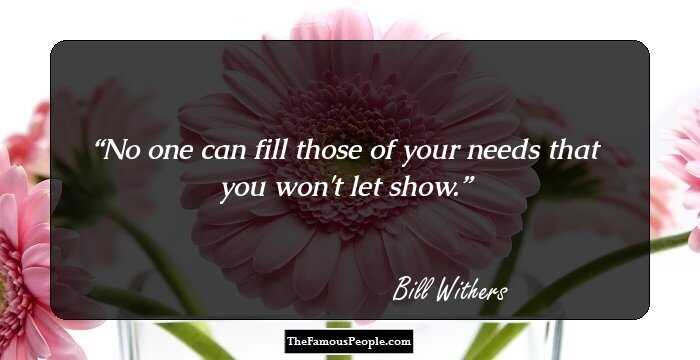 No one can fill those of your needs that you won't let show. 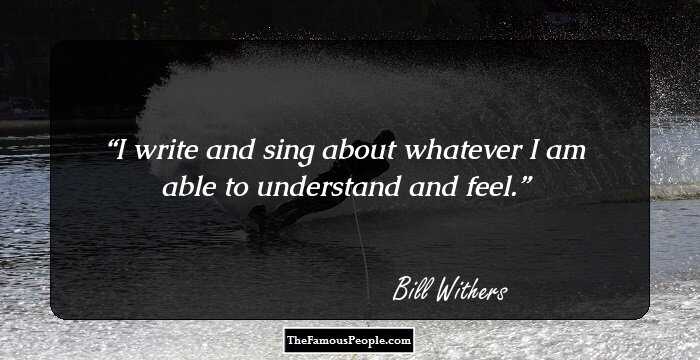 I write and sing about whatever I am able to understand and feel. 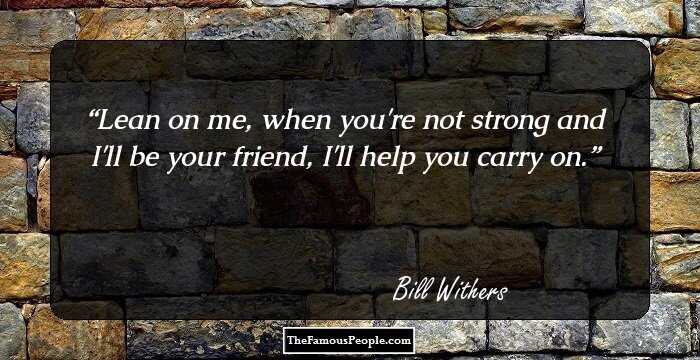 Lean on me, when you're not strong and I'll be your friend, I'll help you carry on. 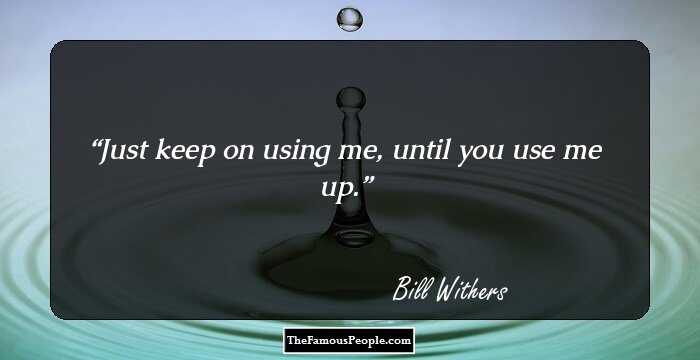 Just keep on using me, until you use me up. 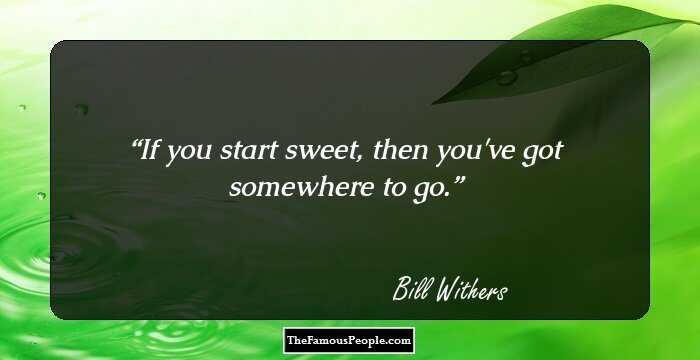 If you start sweet, then you've got somewhere to go. 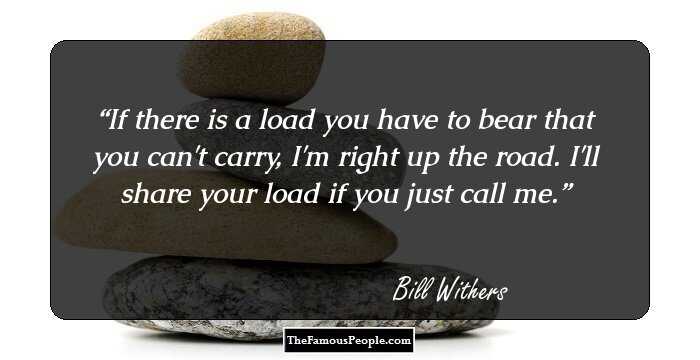 If there is a load you have to bear that you can't carry, I'm right up the road. I'll share your load if you just call me. 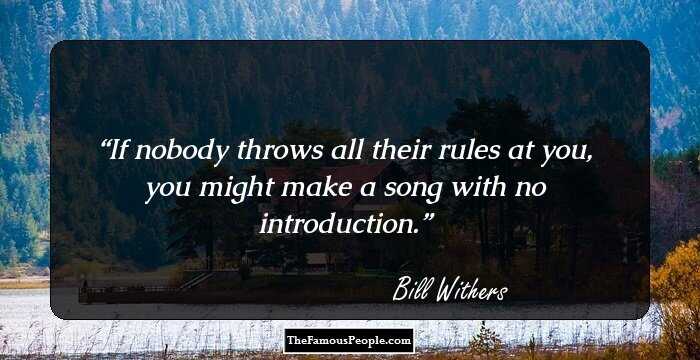 If nobody throws all their rules at you, you might make a song with no introduction. 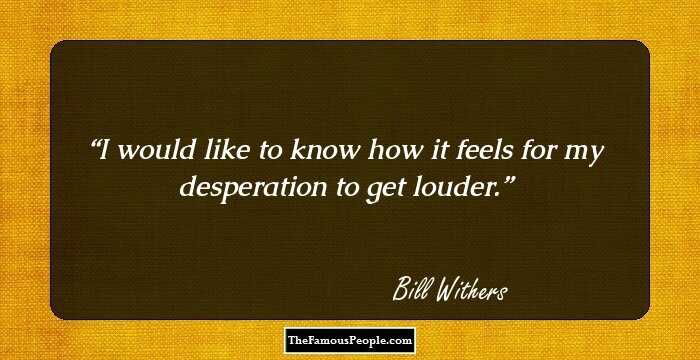 I would like to know how it feels for my desperation to get louder. 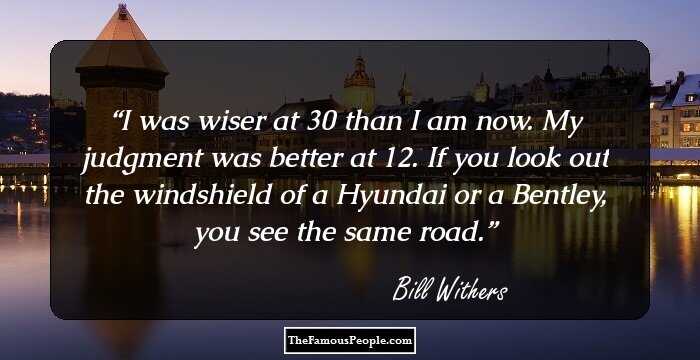 I was wiser at 30 than I am now. My judgment was better at 12. If you look out the windshield of a Hyundai or a Bentley, you see the same road. 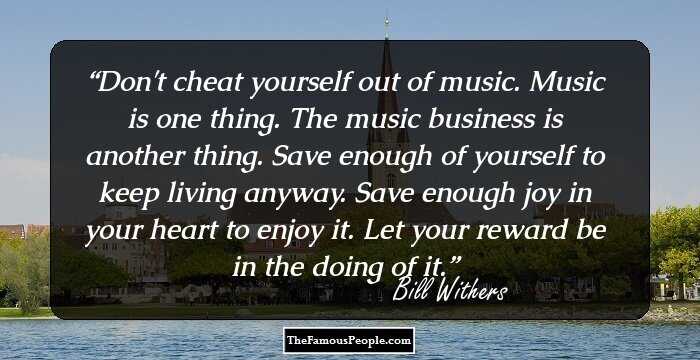 Don't cheat yourself out of music. Music is one thing. The music business is another thing. Save enough of yourself to keep living anyway. Save enough joy in your heart to enjoy it. Let your reward be in the doing of it. 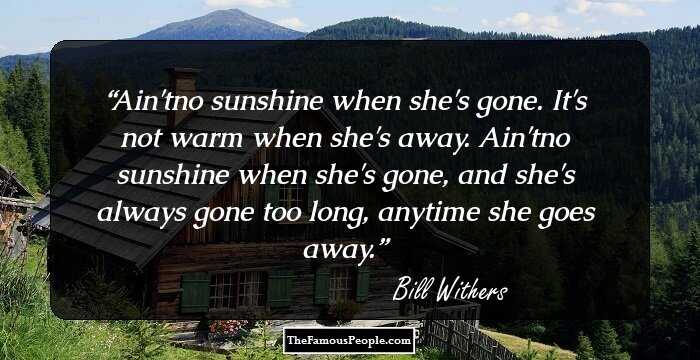 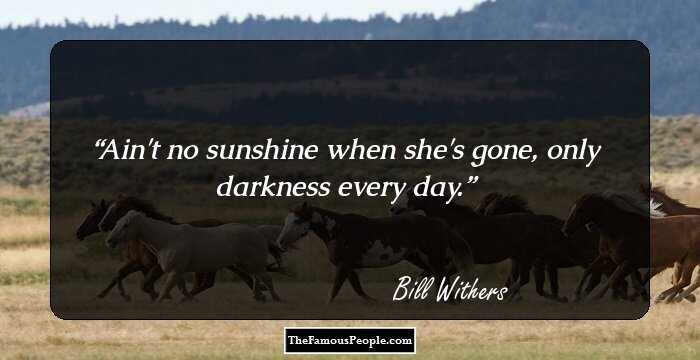 Ain't no sunshine when she's gone, only darkness every day.

I write and sing about whatever I am able to understand and feel. I feel that it is healthier to look out at the world through a window than through a mirror. Otherwise, all you see is yourself and whatever is behind you.

I've always been serious that way, trying to evolve to a more conscious state. Funny thing about that,though. You tweak yourself,looking for more love, less lust, more compassion, less jealousy. You keep tweaking, keep adjusting those knobs until you can no longer find the original settings. In some sense,the original settings are exactly what I'm looking for-a return to the easygoing guy i was before my world got complicated, the nice guy who took things as they came and laughed so hard the blues would blow away in the summer wind.

My real life was when I was just a working guy. You know, it's OK to head out for Wonderful. But on your way to Wonderful, you're gonna have to pass through All Right. And when you get to All Right, take a good look around, and get used to it, because that may be as far as you're gonna go. 18 Famous Quotes By Steven Tyler That Are Funny And Entertaining