Bal Gangadhar Tilak was a celebrated Indian lawyer, nationalist, independence activist, social reformer, and teacher. He was one of the firebrand leaders of the âIndian Independence Movement.â He was also called as âThe father of Indian unrestâ by the British colonial authorities. He aroused Indian consciousness and became the strongest proponent of âSwarajâ, meaning self-rule. He established close association with a number of Indian National Congress leaders, including Muhammad Ali Jinnah, Lala Lajpat Rai, Bipin Chandra Pal etc. We have rounded some inspiring sayings and thoughts by Bal Gangadhar Tilak who tirelessly contributed driving the nation to break the shackles of the British rule. Presenting motivational thoughts and quotes by Bal Gangadhar Tilak, whose golden words hold a lot of value even today. 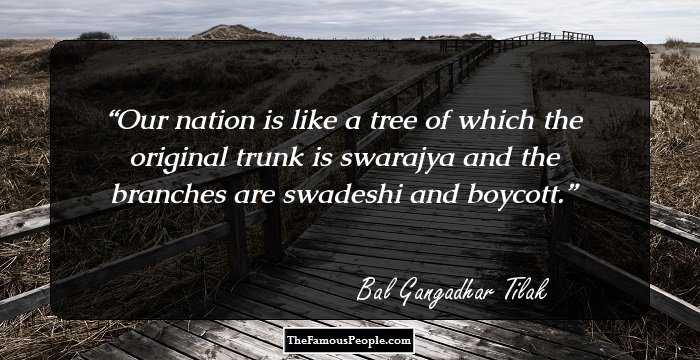 Our nation is like a tree of which the original trunk is swarajya and the branches are swadeshi and boycott. 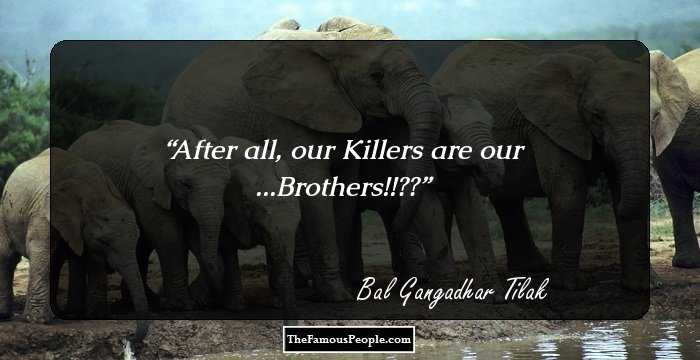 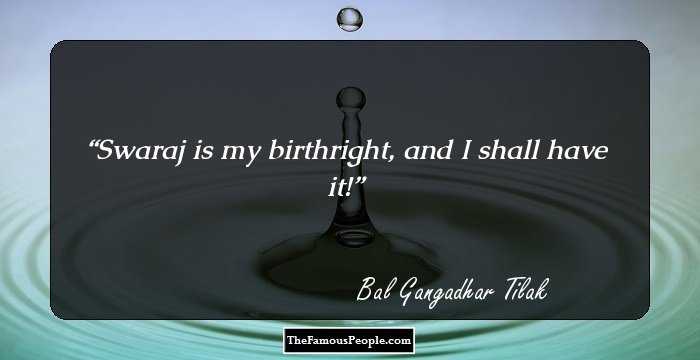 Swaraj is my birthright, and I shall have it! 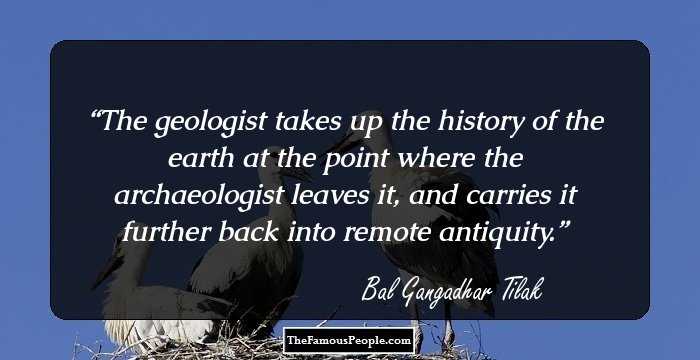 The geologist takes up the history of the earth at the point where the archaeologist leaves it, and carries it further back into remote antiquity.

The most practical teaching of the Gita, and one for which it is of abiding interest and value to the men of the world with whom life is a series of struggles, is not to give way to any morbid sentimentality when duty demands sternness and the boldness to face terrible things. 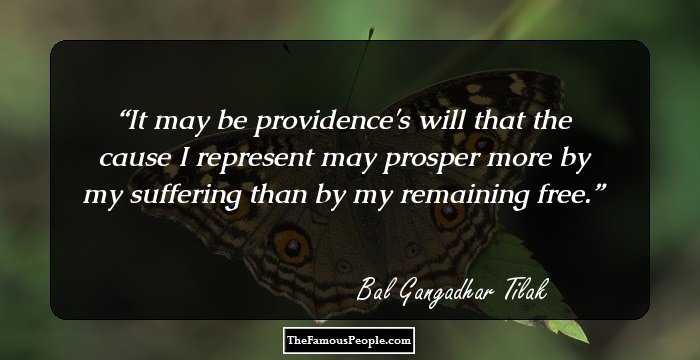 It may be providence's will that the cause I represent may prosper more by my suffering than by my remaining free.

Religion and practical life are not different. To take sanyas (renunciation) is not to abandon life. The real spirit is to make the country, your family, work together instead of working only for your own. The step beyond is to serve humanity and the next step is to serve God, 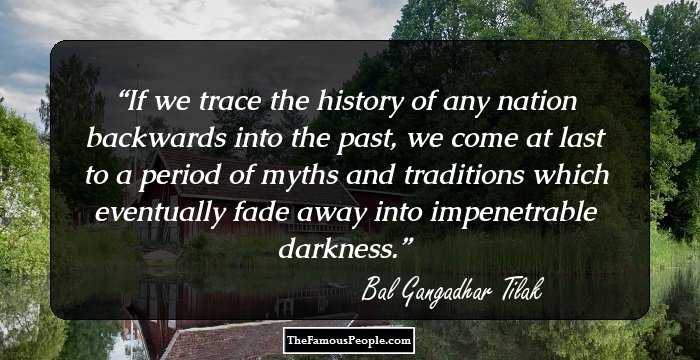 If we trace the history of any nation backwards into the past, we come at last to a period of myths and traditions which eventually fade away into impenetrable darkness.