A collection of quotes and sayings by Augusto Roa Bastos on writing, humanity, people, facts, books, change and more.

14 Augusto Roa Bastos Quotes That You Must Remember

Augusto Roa Bastos was a Paraguayan short story writer and novelist. Bastos volunteered to work in a hospitalÂ  during the Chaco war when he was just 15 years old. It was during his interactions with the dying soldiers that made him think and motivated him to write. During 1940-1941, Bastos wrote numerous poems and plays, which were played on stage too. âEl Ruisenor De La Auroraâ was the first book, which he published in the year 1942. Bastos even tried his hands at journalism when he wrote for âEl Paisâ. Bastos also had an alternate career in movies wherein he wrote film scripts and translated most of the Guarani songs into Spanish. Not leaving his writing career behind, he published his collection of short stories titles âThunder among The Leavesâ. âHijo de hombreâ was his first major novel and it was published in 1960. It earned him an invitation to teach at the National University of Rosario. âYo el Supremoâ, âHijo de hombreâ and âEl naranjalardienteâ are few of his other popular works. He wrote on various subjects that included humanity, mankind, nature and life. We have gathered few of his quotes and sayings from his work and life. 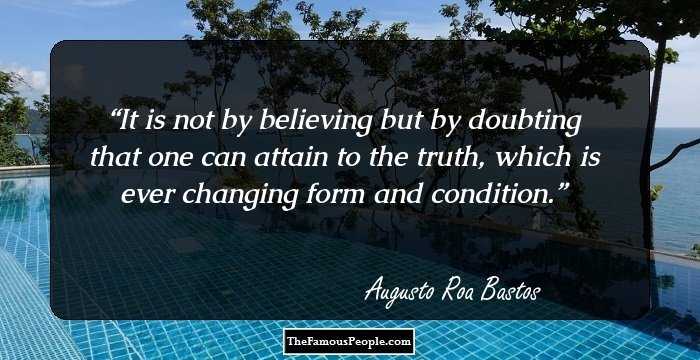 It is not by believing but by doubting that one can attain to the truth, which is ever changing form and condition. 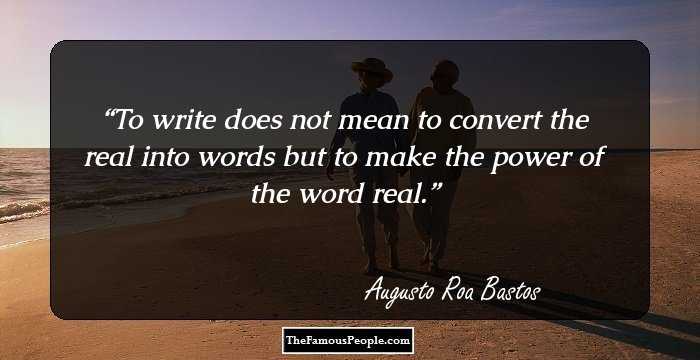 To write does not mean to convert the real into words but to make the power of the word real. 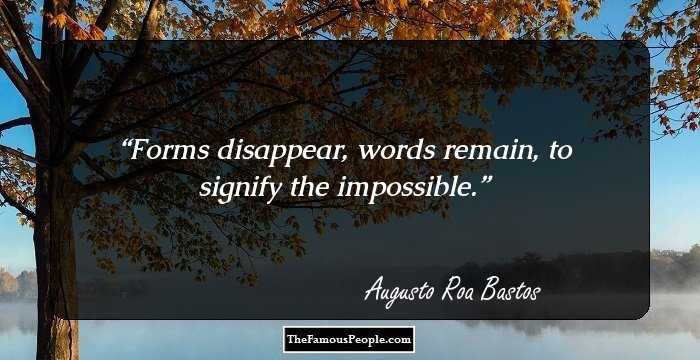 In all nations an exceptional man exists that compensates the deficiencies of the remainder. In those moments, when humanity is found collectively in a state of decadence, there always remain those exceptional beings as point of reference.

Man is an idiot. He doesn't know how to do anything without copying, without imitating, without plagiarizing, without aping. It might even have been that man invented generation by coitus after seeing the grasshopper copulate. 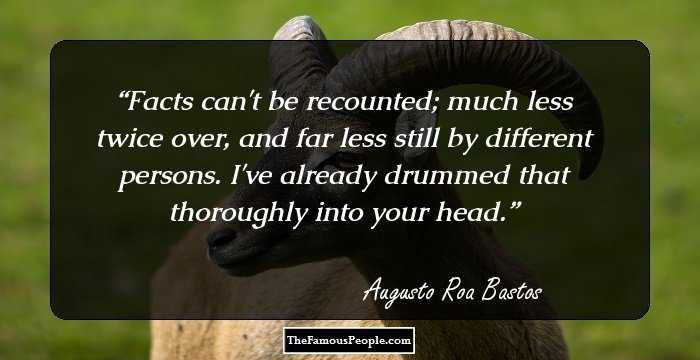 Facts can't be recounted; much less twice over, and far less still by different persons. I've already drummed that thoroughly into your head. 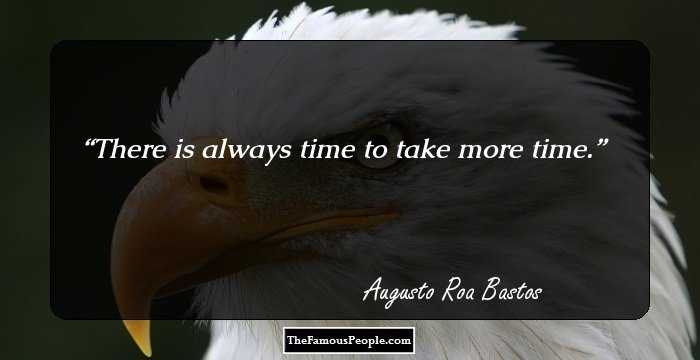 There is always time to take more time. 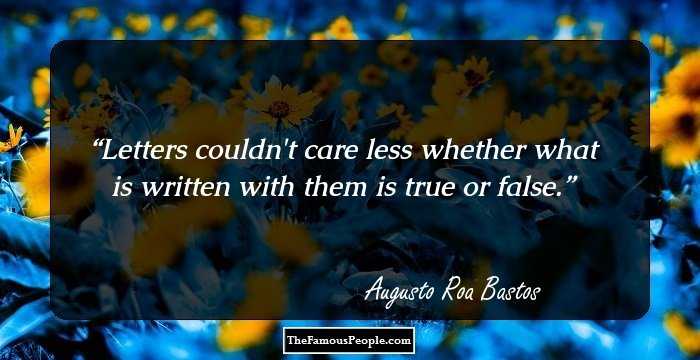 Letters couldn't care less whether what is written with them is true or false.

There were epochs in the history of humanity in which the writer was a sacred person. He wrote the sacred books, universal books, the codes, the epic, the oracles. Sentences inscribed on the walls of the crypts; examples in the portals of the temples. But in those times the writer was not an individual alone; he was the people. 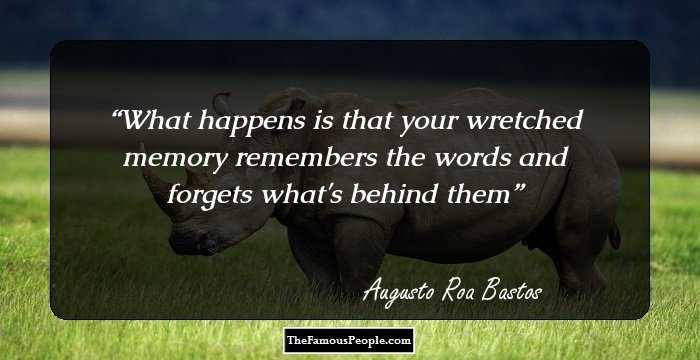 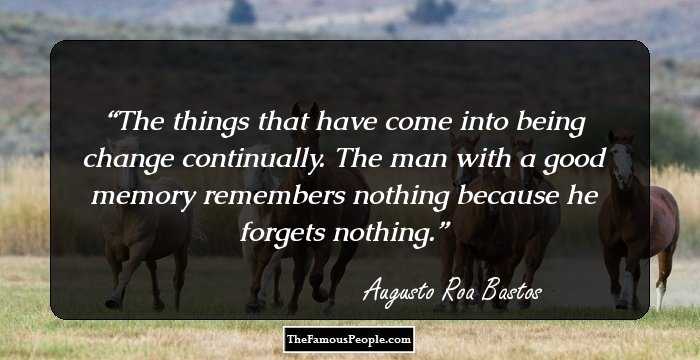 The things that have come into being change continually. The man with a good memory remembers nothing because he forgets nothing. 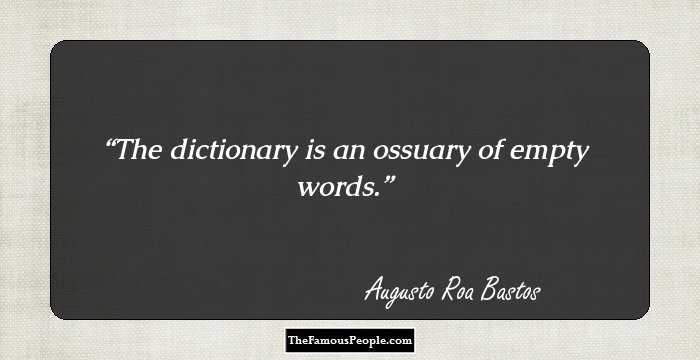 The dictionary is an ossuary of empty words. 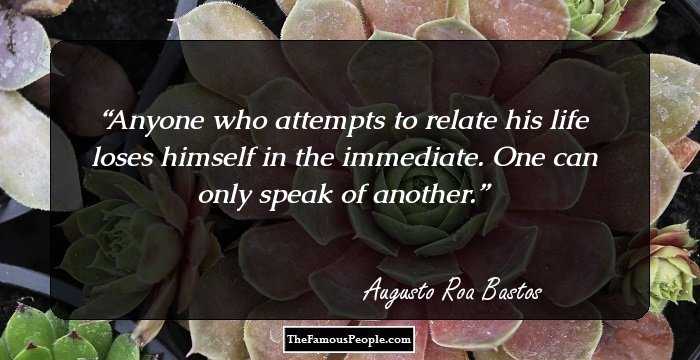 Anyone who attempts to relate his life loses himself in the immediate. One can only speak of another. 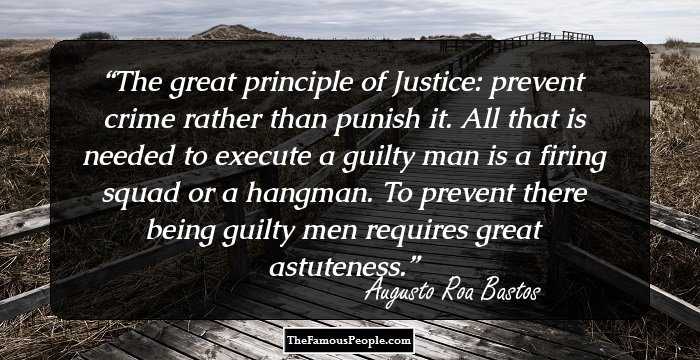 The great principle of Justice: prevent crime rather than punish it. All that is needed to execute a guilty man is a firing squad or a hangman. To prevent there being guilty men requires great astuteness. 100 Memorable Quotes by Barbara Kingsolver, The Author of The Poisonwood Bible