Audie Murphy was a celebrated American soldier, actor, rancher and songwriter. He earned every military combat award for valor, and was one of the most decorated soldiers of World War II. He earned the âMedal of Honourâ at the age of nineteen. After the war, he entered the showbiz, where his career spanned over two decades. He starred in âTo Hell and Back,â an autobiographical film and made guest appearances on television shows. He also made a name for himself as a songwriter. Following is a compilation of famous sayings by Audie Murphy. Zoom through the collection of popular quotes by Audie Murphy on training, life, war, world, self-discipline, determination, ideas, pride, country, race, freedom, and time. 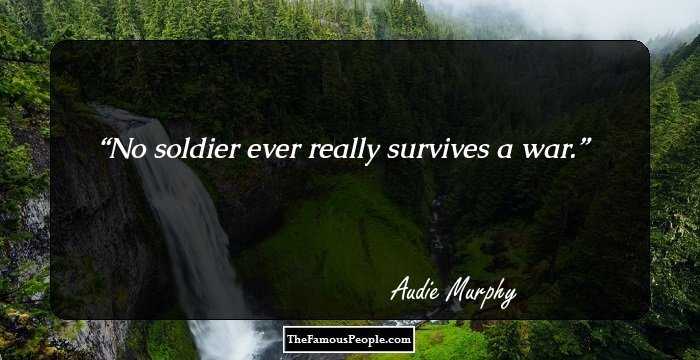 No soldier ever really survives a war. 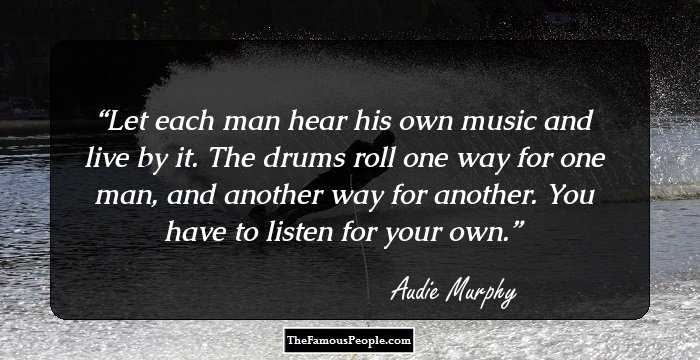 Let each man hear his own music and live by it. The drums roll one way for one man, and another way for another. You have to listen for your own. 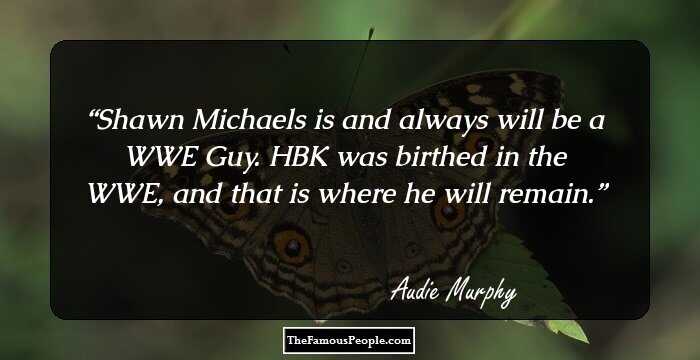 Shawn Michaels is and always will be a WWE Guy. HBK was birthed in the WWE, and that is where he will remain. 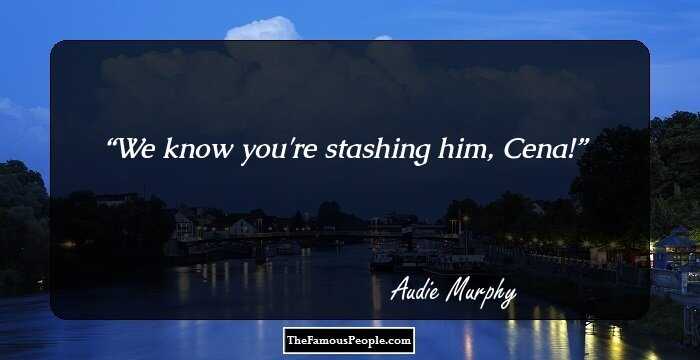 We know you're stashing him, Cena! 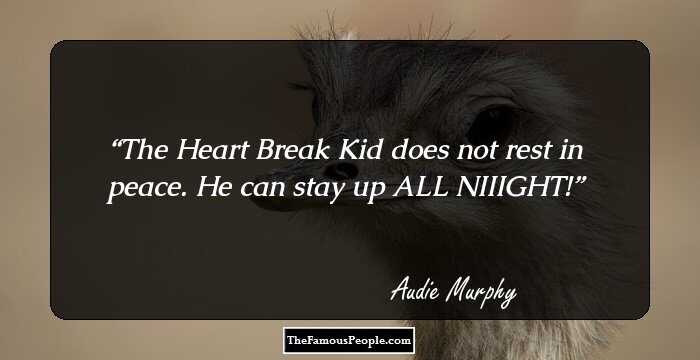 The Heart Break Kid does not rest in peace. He can stay up ALL NIIIGHT! 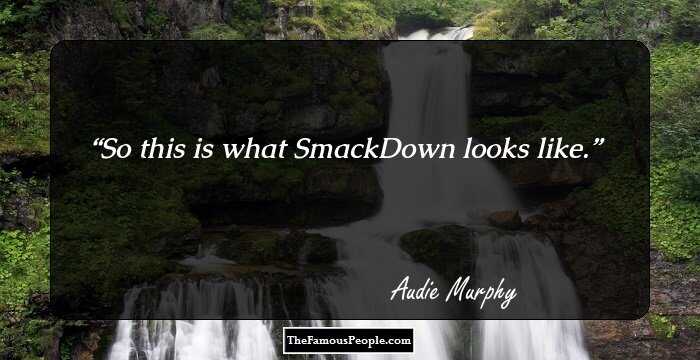 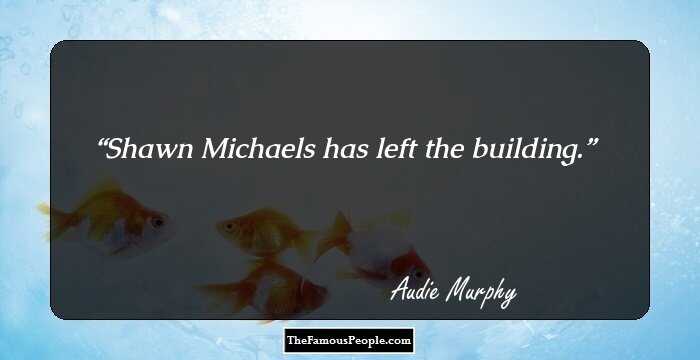 Shawn Michaels has left the building. 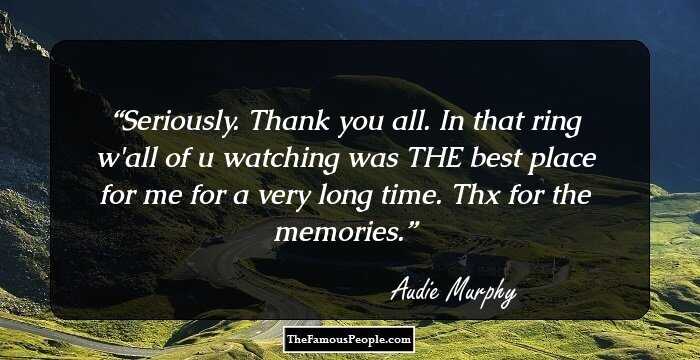 Seriously. Thank you all. In that ring w/all of u watching was THE best place for me for a very long time. Thx for the memories. 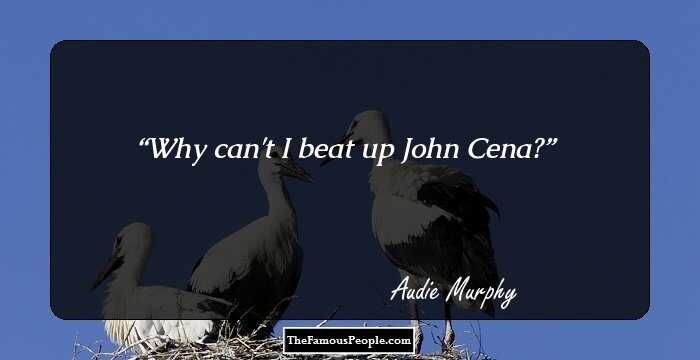 Why can't I beat up John Cena? 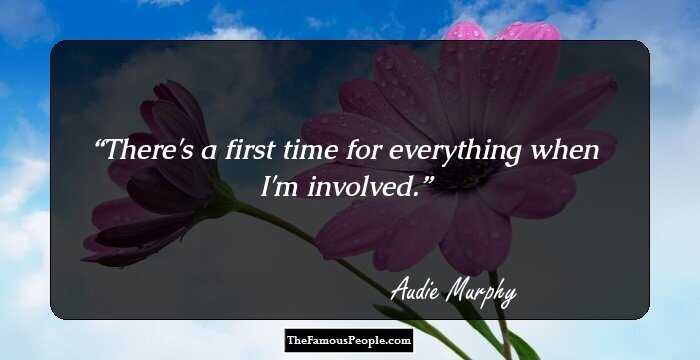 There's a first time for everything when I'm involved. 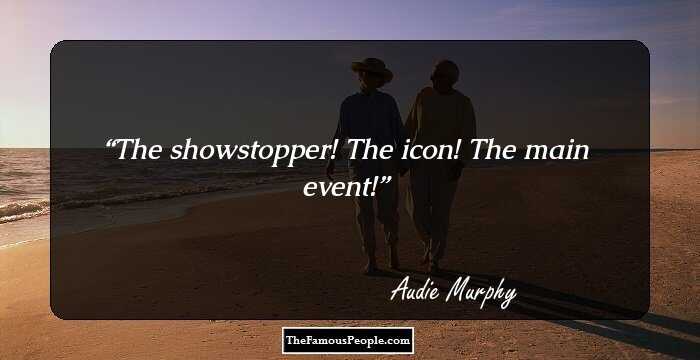 The showstopper! The icon! The main event! 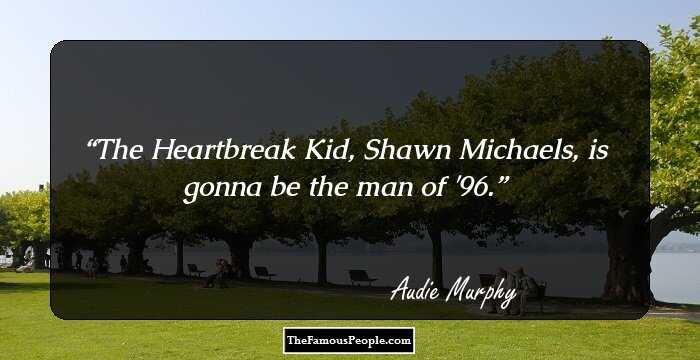 The Heartbreak Kid, Shawn Michaels, is gonna be the man of '96. 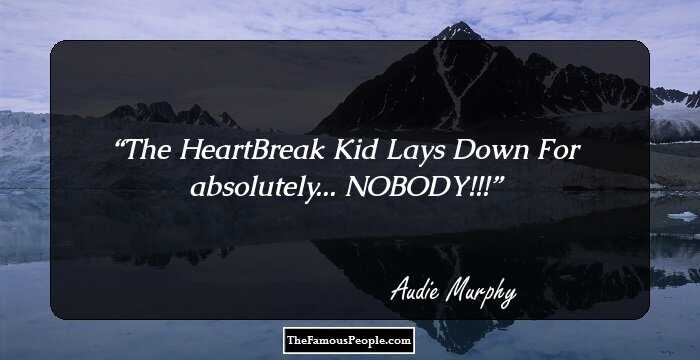 The HeartBreak Kid Lays Down For absolutely... NOBODY!!! 52 Motivating Quotes By Les Brown That Will Surely Spur You