Famous As: Businessman
Born On: January 20, 1906
Died On: March 15, 1975
Born In: KarataÅ, Ä°zmir, Turkey
Founder / Co Founder: Olympic Maritime and Olympic Tourist, Olympic Airways and Air Navigation
Died At Age: 69
Aristotle Onassis was a renowned Greek shipping magnate who gained fame for assembling the largest privately owned shipping fleet across the globe. He was one of the worldâs most famous and richest men. He was not only known for his great wealth and business success but was also famous for his personal life that included his extra-marital affair with Maria Callas, his marriage with Anthina Mary Livanos who was forty while Onassis was seventeen at the time they walked the aisle, and his marriage with Jacqueline Kennedy. Onassis was celebrated for his business sense and also for his words of wisdom. We have compiled some insightful quotable quotes and sayings by Aristotle Onassis that will give you a glimpse of his mind.
Listed In:
Business People 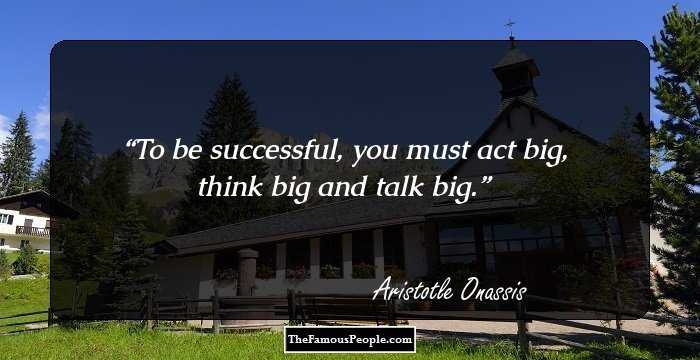 To be successful, you must act big, think big and talk big. 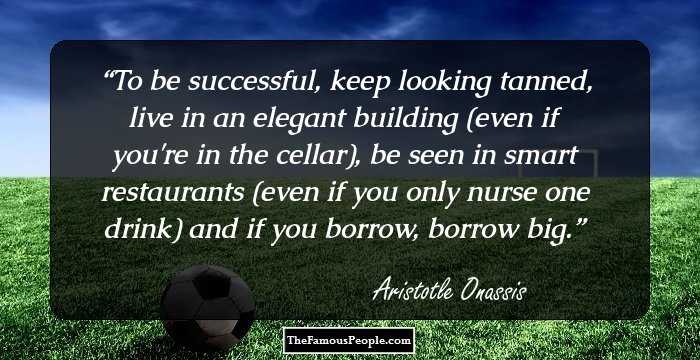 To be successful, keep looking tanned, live in an elegant building (even if you're in the cellar), be seen in smart restaurants (even if you only nurse one drink) and if you borrow, borrow big. 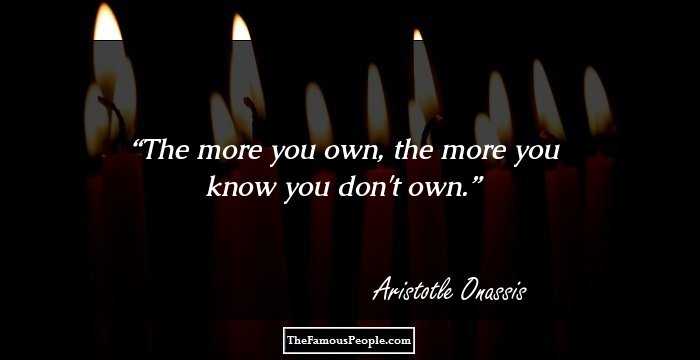 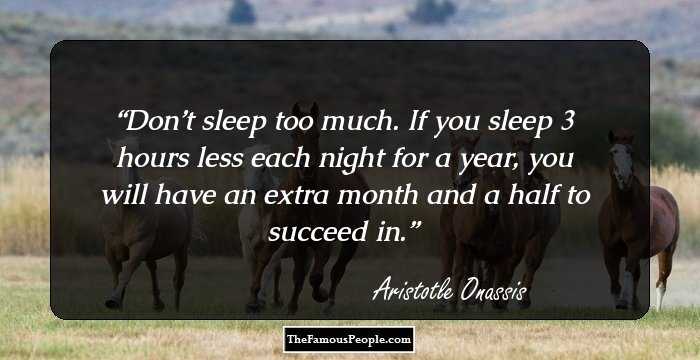 Donât sleep too much. If you sleep 3 hours less each night for a year, you will have an extra month and a half to succeed in. 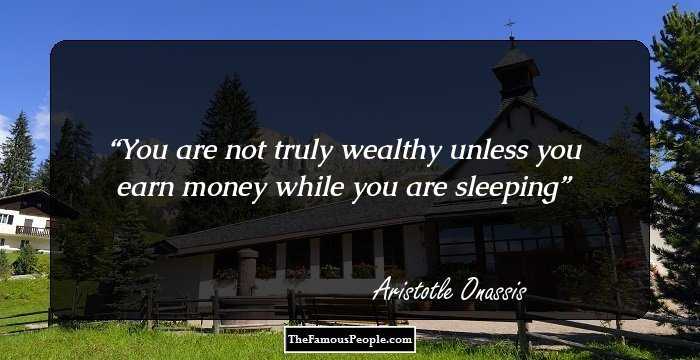 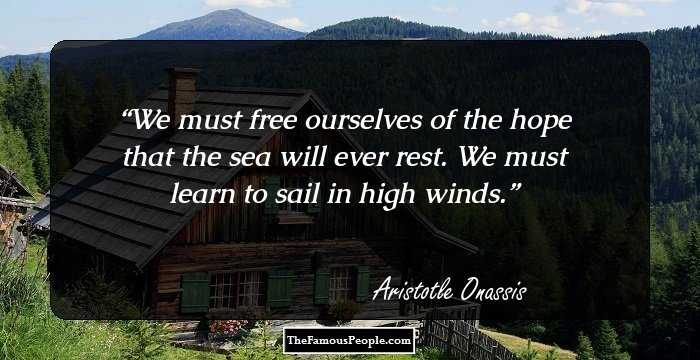 We must free ourselves of the hope that the sea will ever rest. We must learn to sail in high winds. 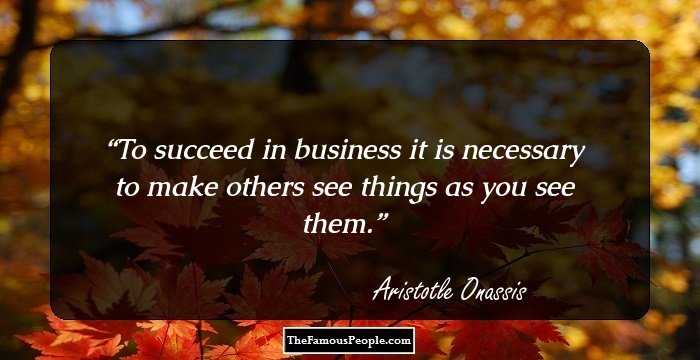 To succeed in business it is necessary to make others see things as you see them. 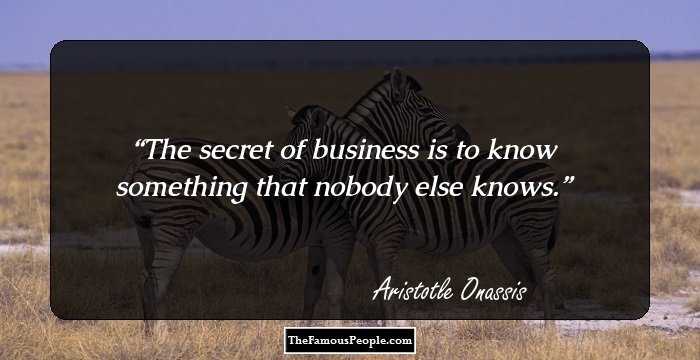 The secret of business is to know something that nobody else knows. 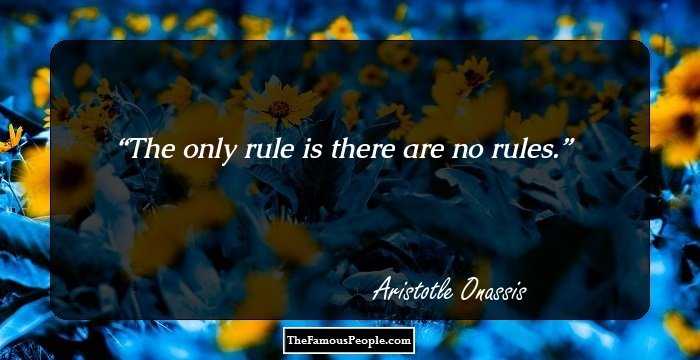 The only rule is there are no rules. 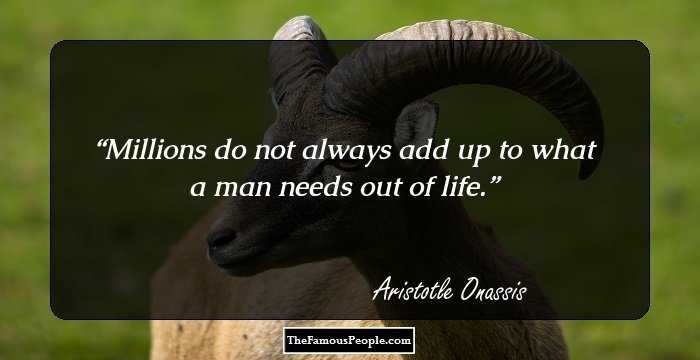 Millions do not always add up to what a man needs out of life. 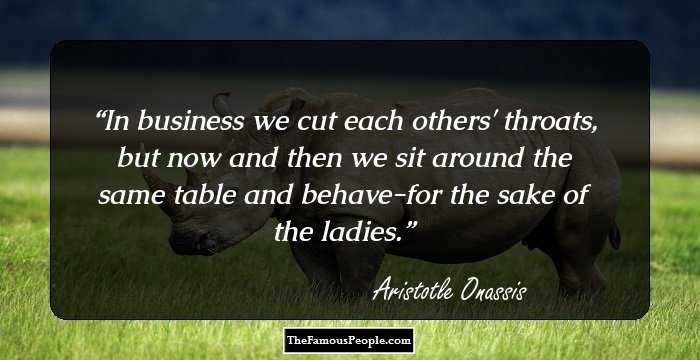 In business we cut each others' throats, but now and then we sit around the same table and behave-for the sake of the ladies. 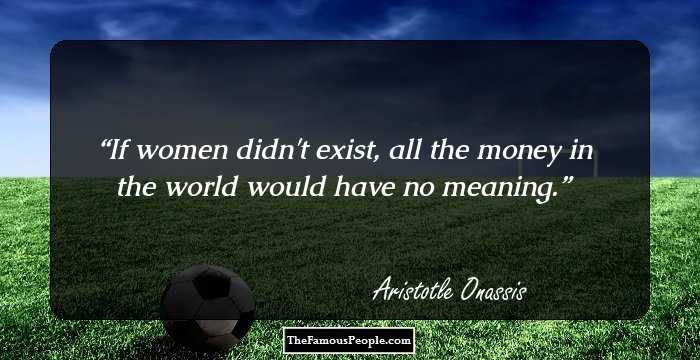 If women didn't exist, all the money in the world would have no meaning. 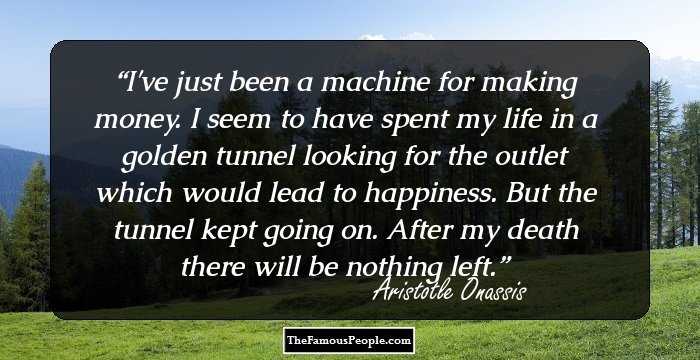 I've just been a machine for making money. I seem to have spent my life in a golden tunnel looking for the outlet which would lead to happiness. But the tunnel kept going on. After my death there will be nothing left. 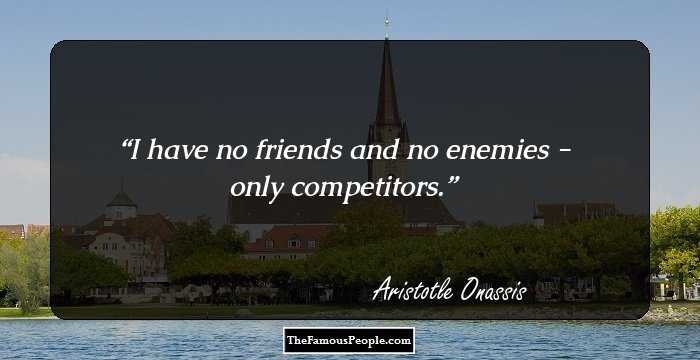 I have no friends and no enemies - only competitors. 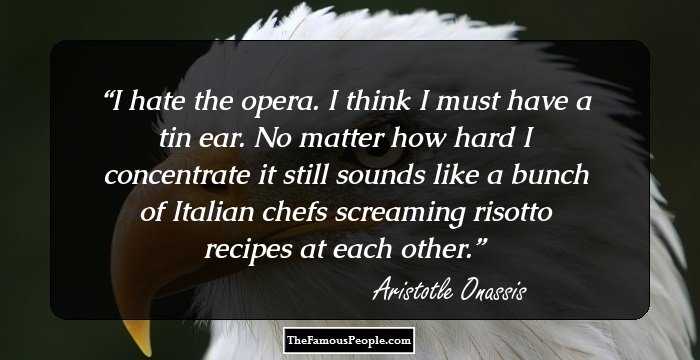 I hate the opera. I think I must have a tin ear. No matter how hard I concentrate it still sounds like a bunch of Italian chefs screaming risotto recipes at each other. 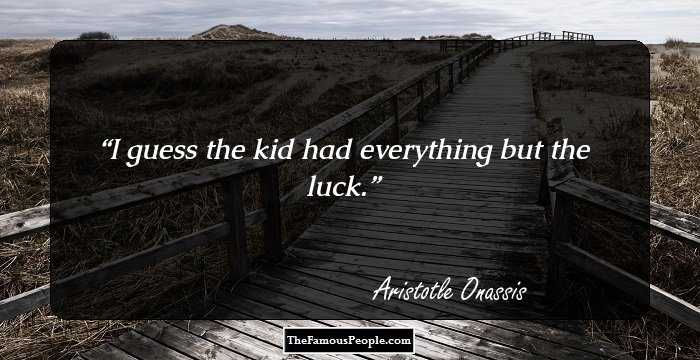 I guess the kid had everything but the luck. 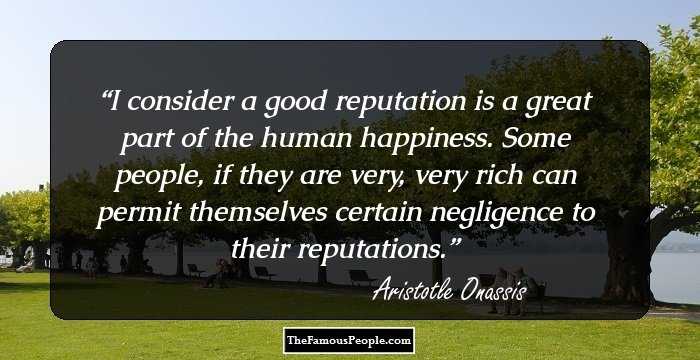 I consider a good reputation is a great part of the human happiness. Some people, if they are very, very rich can permit themselves certain negligence to their reputations. 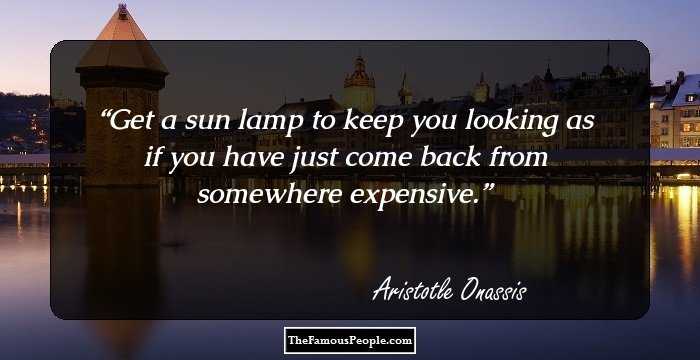 Get a sun lamp to keep you looking as if you have just come back from somewhere expensive. 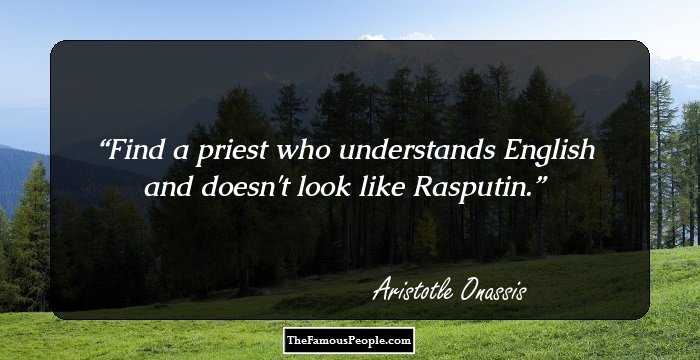 Find a priest who understands English and doesn't look like Rasputin. 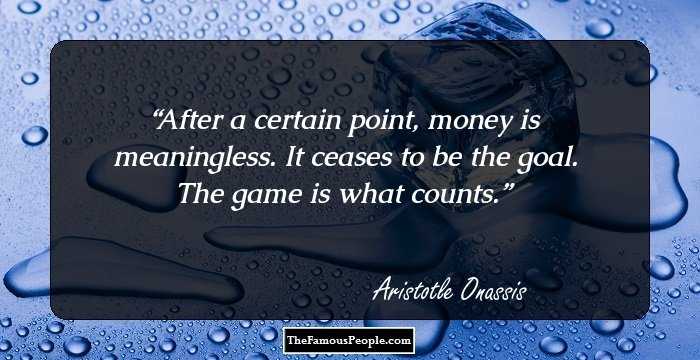 After a certain point, money is meaningless. It ceases to be the goal. The game is what counts.

Don't worry about your physical shortcomings. I am no Greek god. Don't get too much sleep and don't tell anybody your troubles. Appearances count: Get a sun lamp to keep you looking as though you have just come back from somewhere expensive: maintain an elegant address even if you have to live in the attic. Never nickel when short of cash. Borrow big, but always repay promptly.

Since I'm known as a 'rich person', I feel I have to tip at least $5 each time I check my coat. On top of that, I would have to wear a very expensive coat, and it would have to be insured. Added up, without a topcoat I save over $20,000 a year. 12 Mind-Blowing Quotes By George Soros That You Cannot Overlook 38 Insightful Quotes By Alan Paton That Might Whet You