Anne Bradstreet was one of the most renowned English poets of Colonial North America. She was the first female writer during the Imperialism Era across the Atlantic. Bradstreet exhibited her Puritan views in her writing, in an effort to purify the Americans against the Catholic practices of the Church and advertently glorifying the English Protestant culture. Majority of her poetic and personal work were released posthumously. Influenced by the works of Du Bartas, she augmented her unique style of poetry where she plays the pivotal role of mother, describing the toils of everyday life. Her famous works include collections such as âThe Prologueâ, âThe Author to Her Bookâ, âBefore the Birth of One of Her Childrenâ and âContemplationsâ. Along with her writing, Bradstreetâs thoughts and sayings also propagated Puritan views which condemned male chauvinism. She believed that women were not confined only to household chores and that in no way are inferior to men. Take a look at some of the most enlightening quotes and sayings from one of the most respected female authors. Her quotes cover issues pertaining to gender bias, male chauvinism, mortality, equality, freedom, tyranny, life, death, love, grief, sufferings and many more. 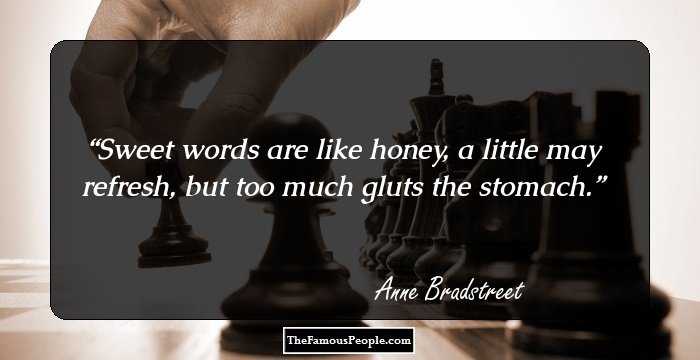 Sweet words are like honey, a little may refresh, but too much gluts the stomach. 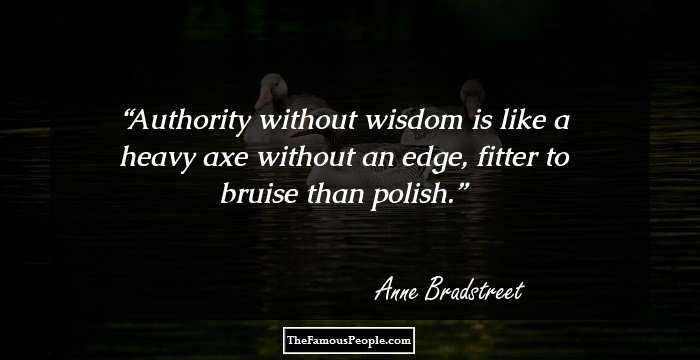 Authority without wisdom is like a heavy axe without an edge, fitter to bruise than polish. 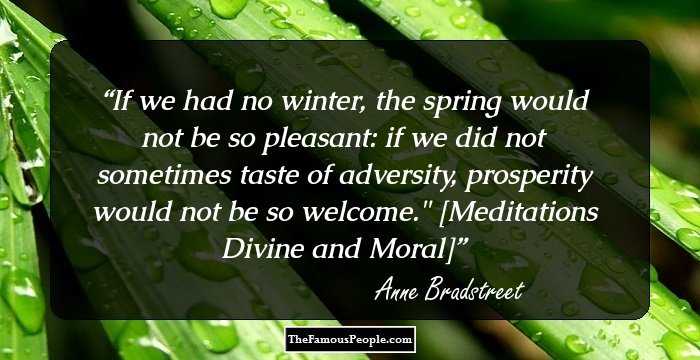 If we had no winter, the spring would not be so pleasant: if we did not sometimes taste of adversity, prosperity would not be so welcome." [Meditations Divine and Moral] 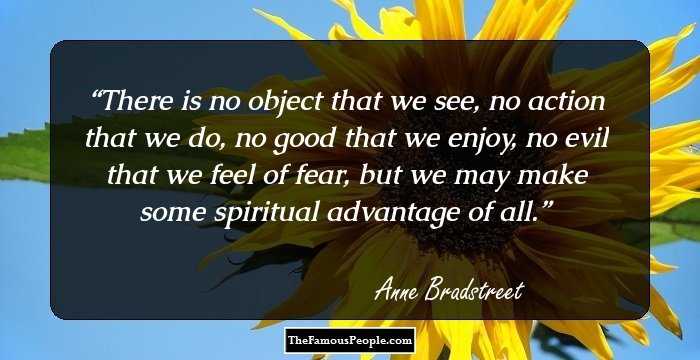 There is no object that we see, no action that we do, no good that we enjoy, no evil that we feel of fear, but we may make some spiritual advantage of all. 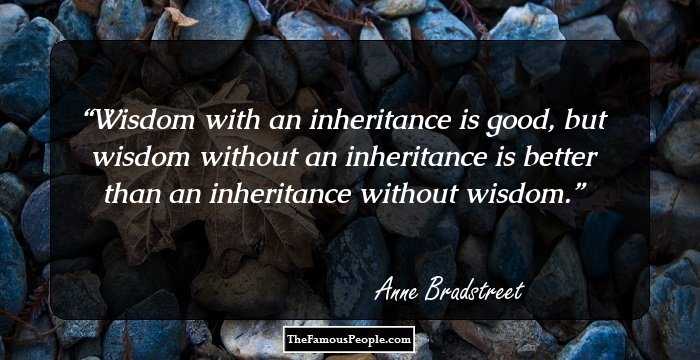 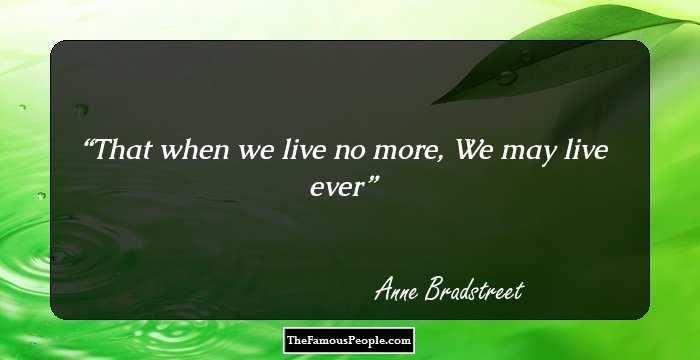 That when we live no more, We may live ever 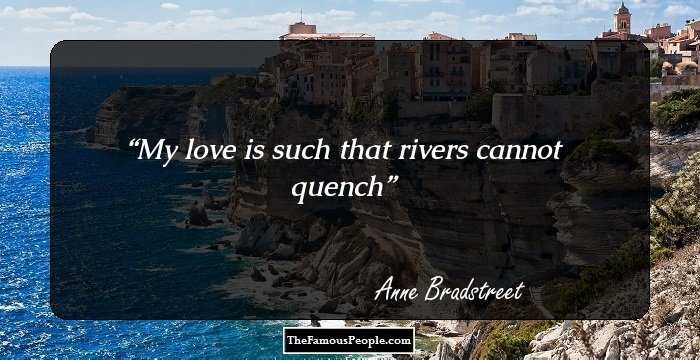 My love is such that rivers cannot quench 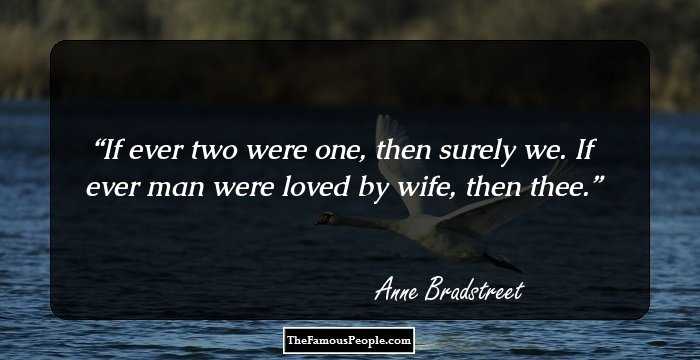 If ever two were one, then surely we. If ever man were loved by wife, then thee. 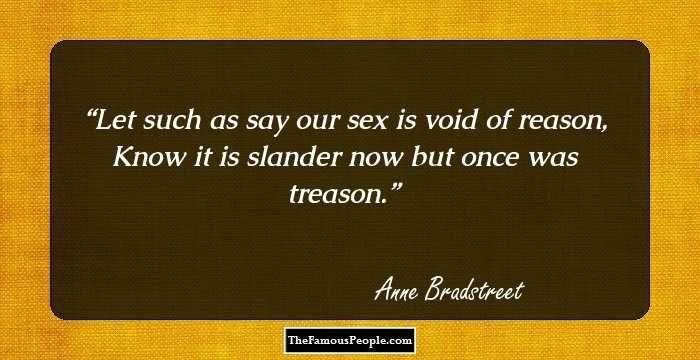 Let such as say our sex is void of reason, Know it is slander now but once was treason. 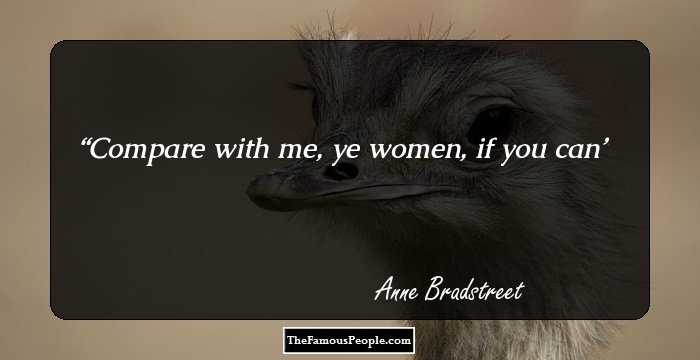 Compare with me, ye women, if you can

You Me Women
Anne Bradstreet