Famous As: Former Secretary of State for Health
Born On: November 15, 1897
Died On: July 6, 1960
Born In: Tredegar, Wales
Founder / Co Founder: National Health Service
Died At Age: 62
Aneurin Bevan was an esteemed Welsh statesman who went on to become the Minister of Health in the Attlee government during the late 40âs and early 50âs. Bevan was a steadfast advocate of democratic socialism, social justice and work rights. He was instrumental in laying the groundwork for the âNational Health Serviceâ, which had the provision of medical care throughout Britain. Coming from an ordinary background, he went on to transform the heathcare scenario in the country by introducing several necessary medical reforms. One of the most revered Welsh politician, he was included in the top 100 list of Welsh heroes. Though he did not have many published works of his own, few excerpts from his speeches and thoughts were compiled in Greg Rosen's âOld Labour to Newâ. Apart from this collection, his famous works included âWhy Not Trust The Tories?â and âIn Place of Fearâ. His thoughts and ideas focused on issues pertaining to socialism, democracy, rights, freedom, equality, politics, leadership, peace, harmony, economy, expertise and many more. We have collected some of his most famous quotes from his speeches, thoughts and life. Let us go through some of the most evergreen quotes and sayings by Aneurin Bevan, the reputable personality from Welsh Politics.
Listed In:
Leaders 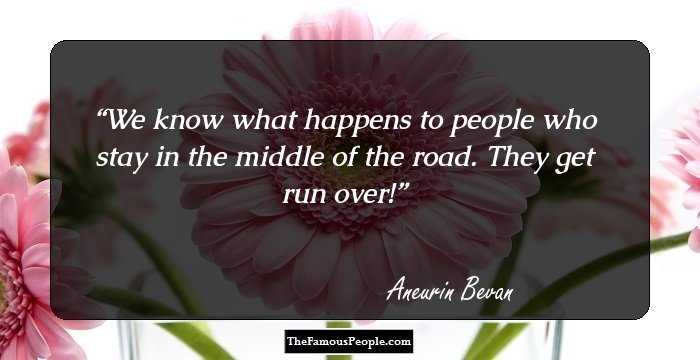 We know what happens to people who stay in the middle of the road. They get run over! 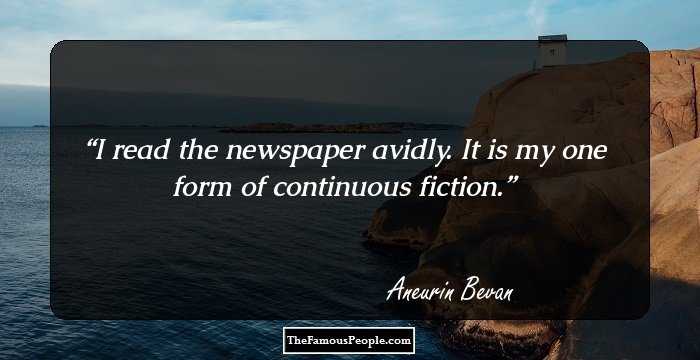 I read the newspaper avidly. It is my one form of continuous fiction. 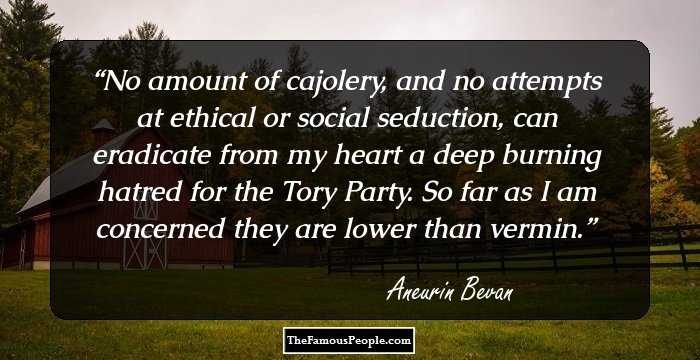 No amount of cajolery, and no attempts at ethical or social seduction, can eradicate from my heart a deep burning hatred for the Tory Party. So far as I am concerned they are lower than vermin. 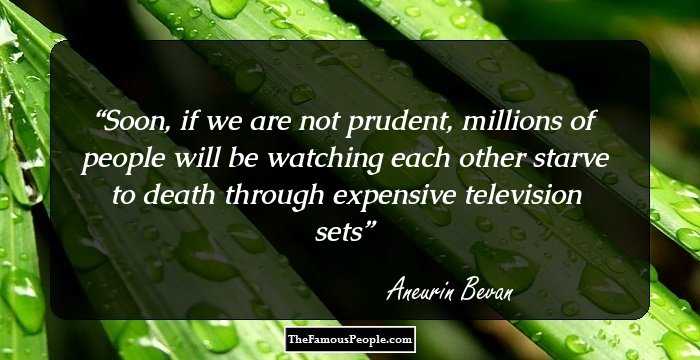 Soon, if we are not prudent, millions of people will be watching each other starve to death through expensive television sets 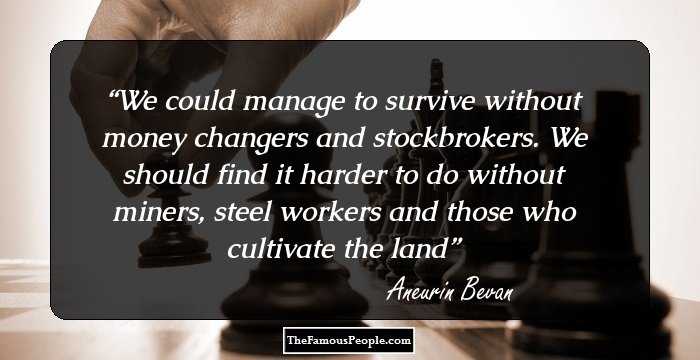 We could manage to survive without money changers and stockbrokers. We should find it harder to do without miners, steel workers and those who cultivate the land 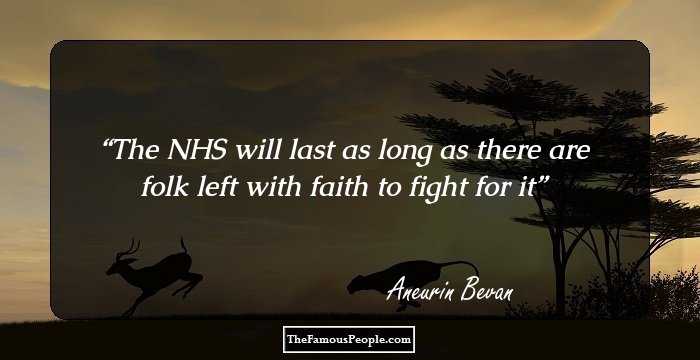 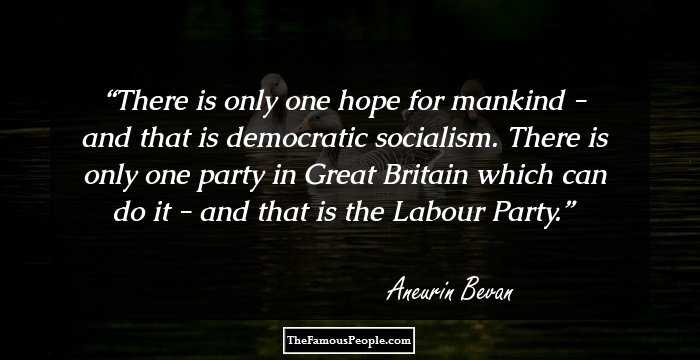 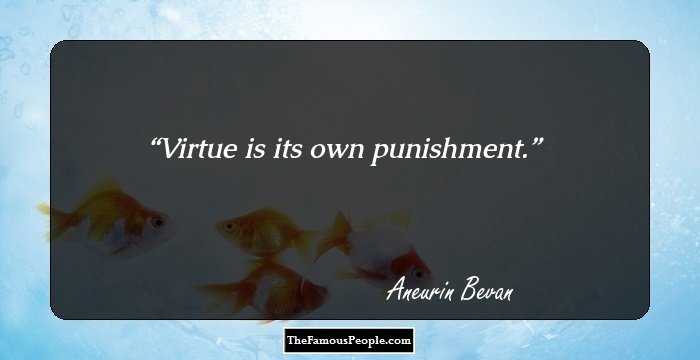 Virtue is its own punishment. 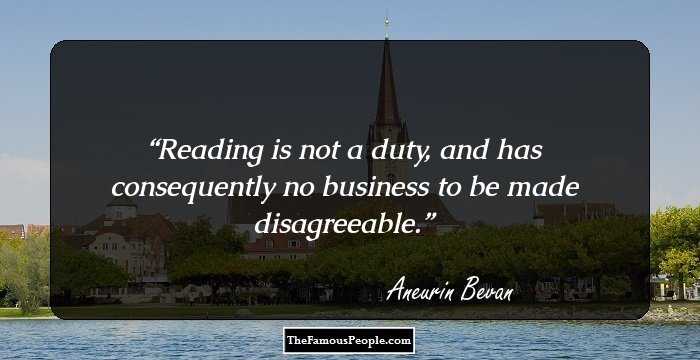 Reading is not a duty, and has consequently no business to be made disagreeable. 92 Quotes By James Thurber, The Renowned American Humorist And Cartoonist 98 Inspiring Quotes By Malala Yousafzai That Every Girl Should Read 33 Interesting Archimedes Quotes That You Need To Know