Alyson Hannigan is best known for playing Lily Aldrin on comedy sitcom âHow I Met Your Motherâ (2005-14). Hannigan rose to fame with her portrayal of âWillow Rosenbergâ on hit TV series âBuffy the Vampire Slayer.â She made several appearances in TV shows, such as âVeronica Mars,â âRobot Chicken,â âAmerican Dad!,â and âFancy Nancy.â She has also appeared in films like âAmerican Pieâ (1999), âAmerican Pie 2â (2001), âDate Movieâ (2006), and âYou Might Be the Killerâ (2018). Alyson has often shared her opinions and ideas with the world in her interviews and speeches. We have picked and curated a few of Alyson Hannigan quotes on humor, marriage, friendship, love, drugs, and life. 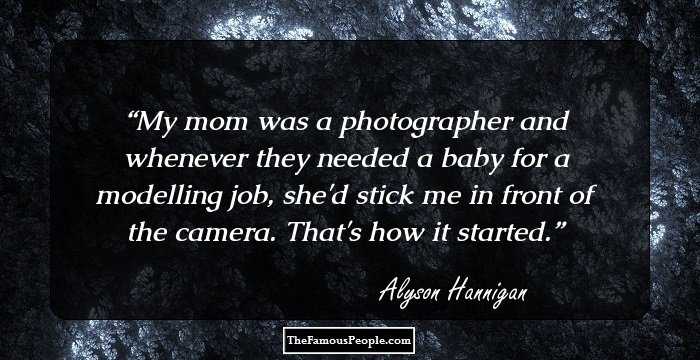 My mom was a photographer and whenever they needed a baby for a modelling job, she'd stick me in front of the camera. That's how it started. 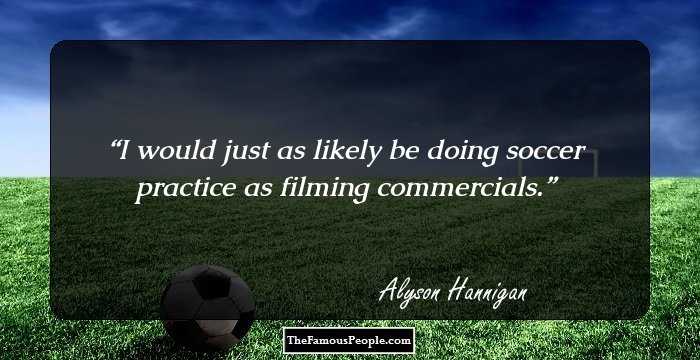 I would just as likely be doing soccer practice as filming commercials. 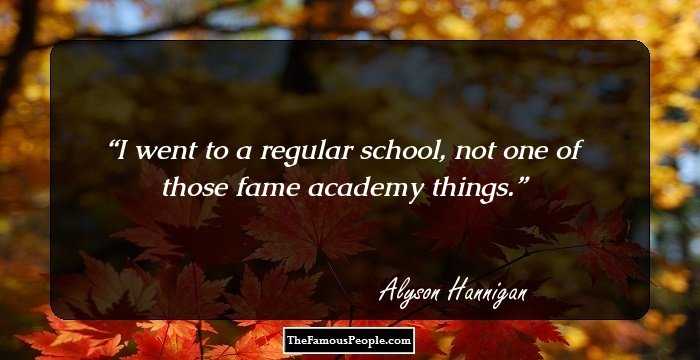 I went to a regular school, not one of those fame academy things. 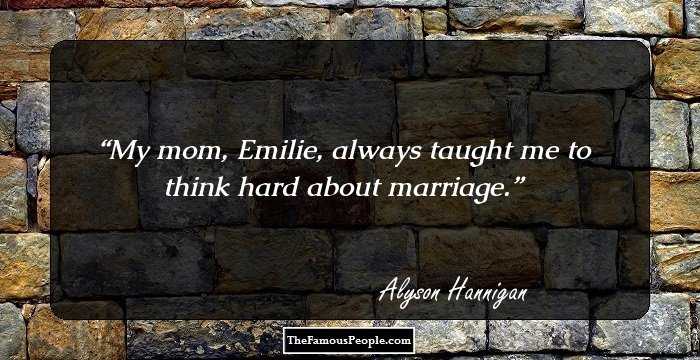 My mom, Emilie, always taught me to think hard about marriage. 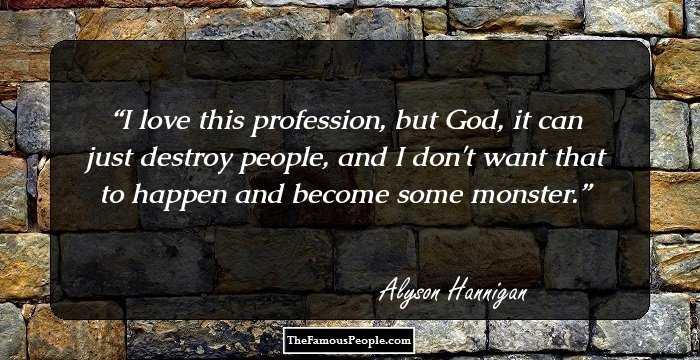 I love this profession, but God, it can just destroy people, and I don't want that to happen and become some monster. 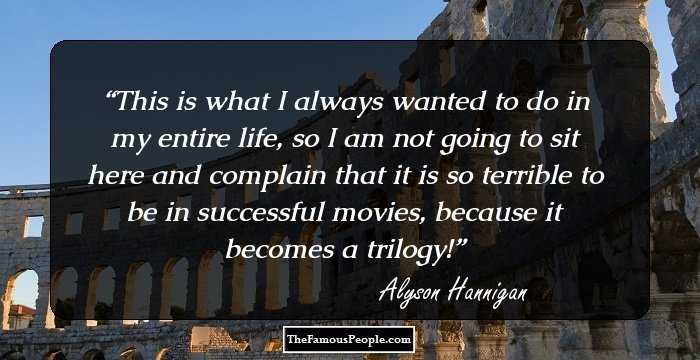 This is what I always wanted to do in my entire life, so I am not going to sit here and complain that it is so terrible to be in successful movies, because it becomes a trilogy! 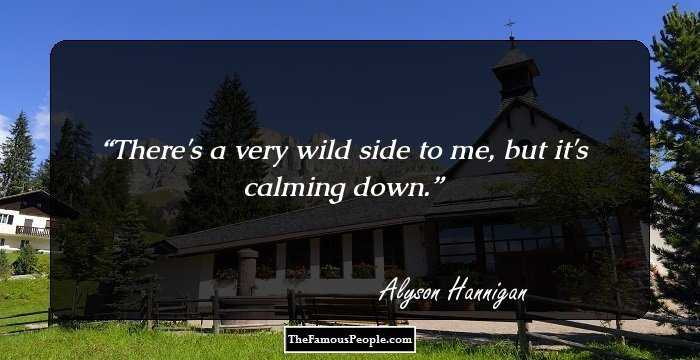 There's a very wild side to me, but it's calming down. 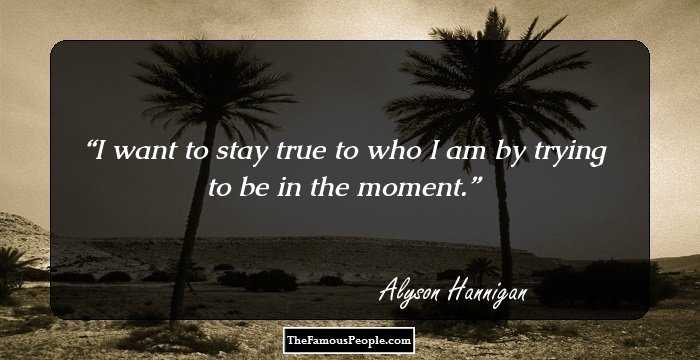 I want to stay true to who I am by trying to be in the moment. 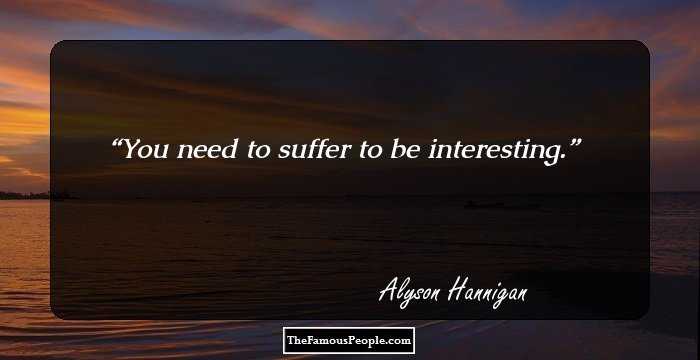 You need to suffer to be interesting. 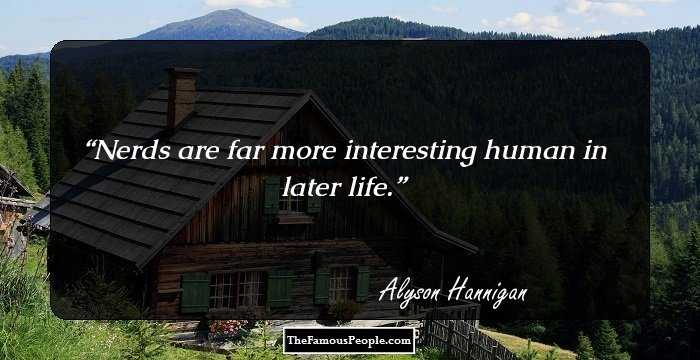 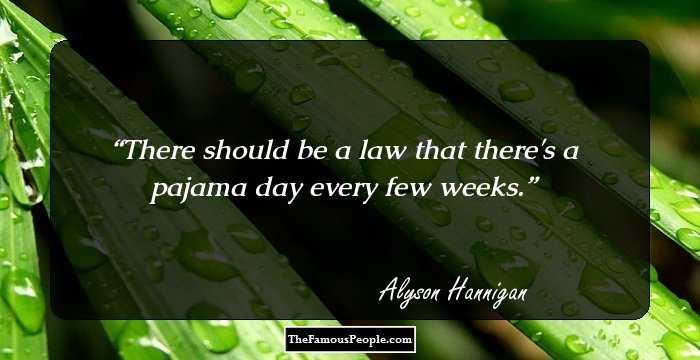 There should be a law that there's a pajama day every few weeks.