Famous As: Poet, Author, Screenwriter, Writer
Born On: July 28, 1874
Died On: August 22, 1942
Born In: New York City
Died At Age: 68
Alice Duer Miller was an American writer whose writings, poems, views, and thoughts played a pivotal role in influencing political opinion. One of her verses, âThe White Cliffs,â influenced the U.S to enter the World War II and her feminist verses largely influenced the suffrage issue. She also wrote a number of screenplays and novels, andÂ  gained recognition as a campaigner for womenâs suffrage. She contributed a number of satirical poems in the âNew York Tribune.â In 1916, she published her first novel titled, âCome Out of the Kitchen.â We have compiled enlightening sayings and quotes by Alice Duer Miller, which have been excerpted from her plays, writings, thoughts, works, books, novels, poems, and life. Take a look at the thoughts and quotations by Alice Duer Miller.
Listed In:
Writers
Poets 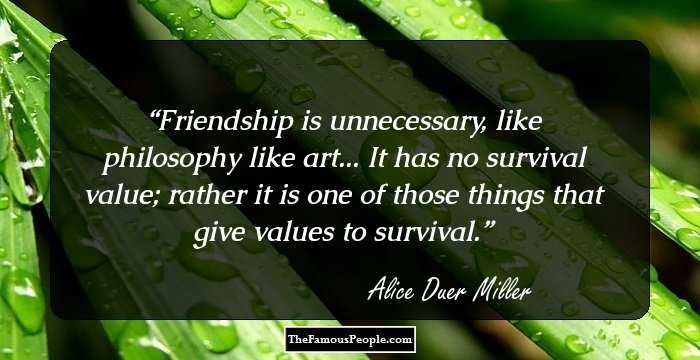 Friendship is unnecessary, like philosophy like art... It has no survival value; rather it is one of those things that give values to survival. 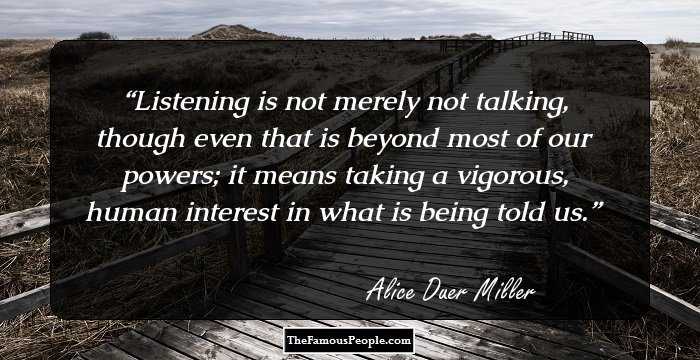 Listening is not merely not talking, though even that is beyond most of our powers; it means taking a vigorous, human interest in what is being told us. 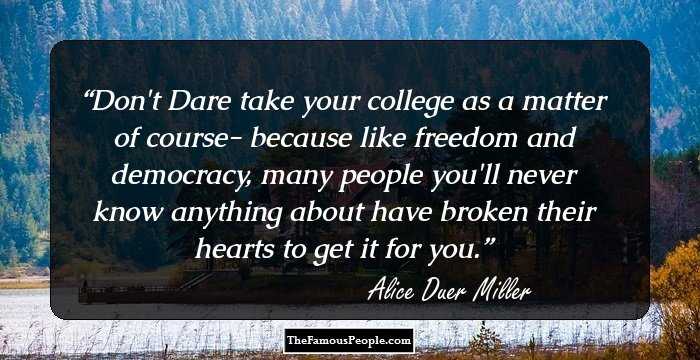 Don't Dare take your college as a matter of course- because like freedom and democracy, many people you'll never know anything about have broken their hearts to get it for you. 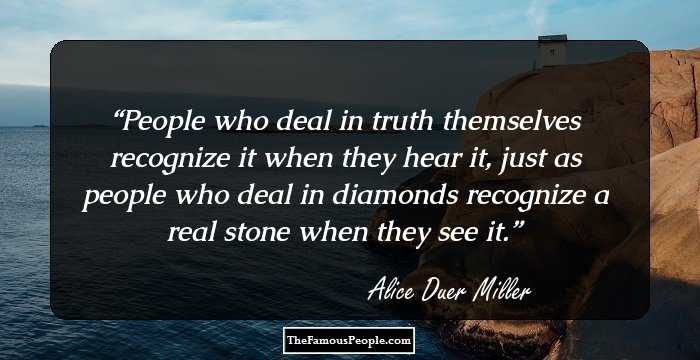 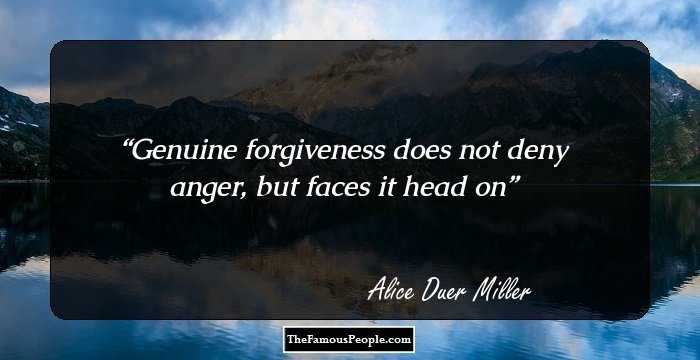 Genuine forgiveness does not deny anger, but faces it head on 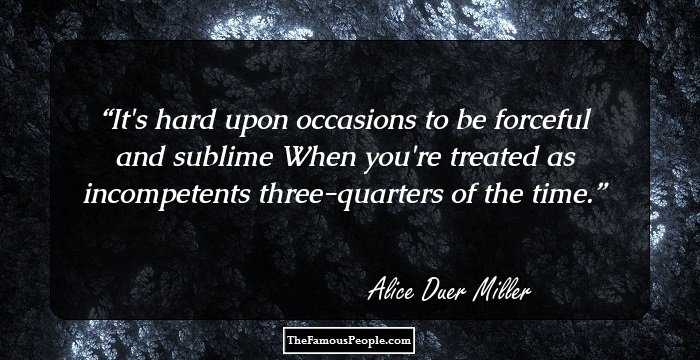 It's hard upon occasions to be forceful and sublime When you're treated as incompetents three-quarters of the time.

People love to talk but hate to listen. Listening is not merely not talking, though even that is beyond most of our powers; it means taking a vigorous, human interest in what is being told us. You can listen like a blank wall or like a splendid auditorium where every sound comes back fuller and richer. 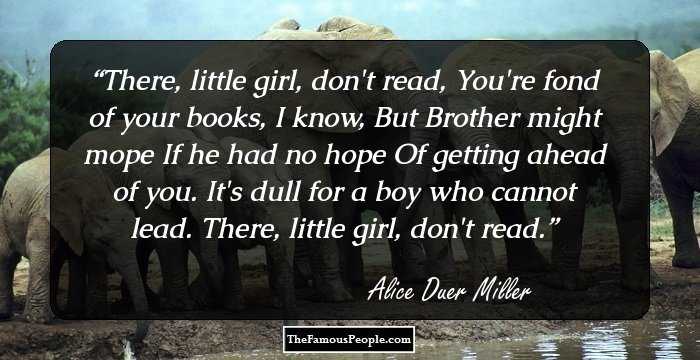 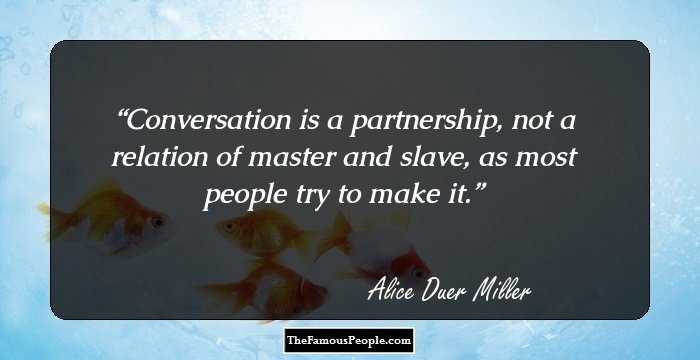 Conversation is a partnership, not a relation of master and slave, as most people try to make it. 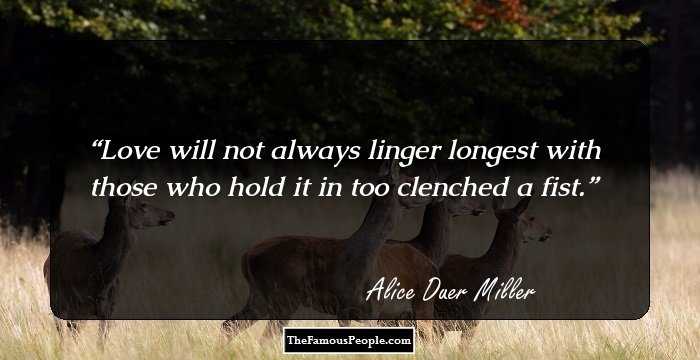 Love will not always linger longest with those who hold it in too clenched a fist. 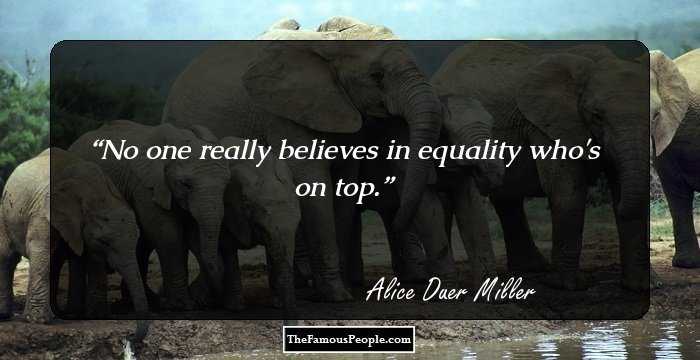 No one really believes in equality who's on top. 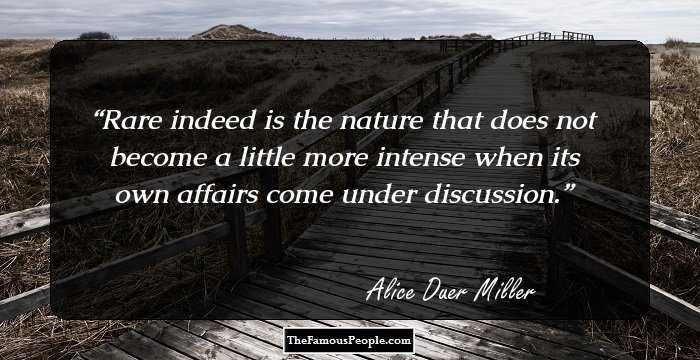 Rare indeed is the nature that does not become a little more intense when its own affairs come under discussion. 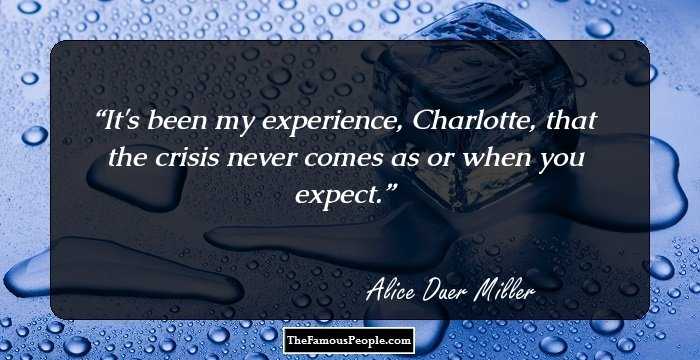 It's been my experience, Charlotte, that the crisis never comes as or when you expect. 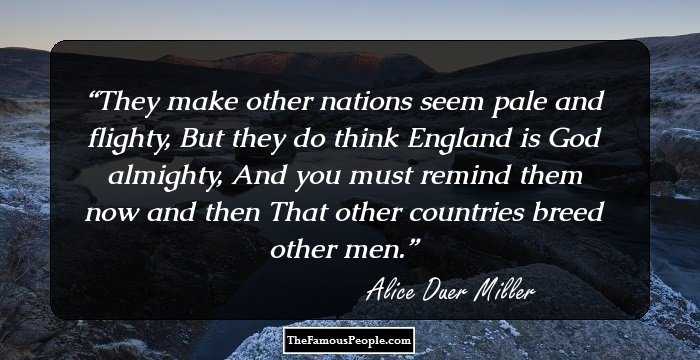 They make other nations seem pale and flighty, But they do think England is God almighty, And you must remind them now and then That other countries breed other men. 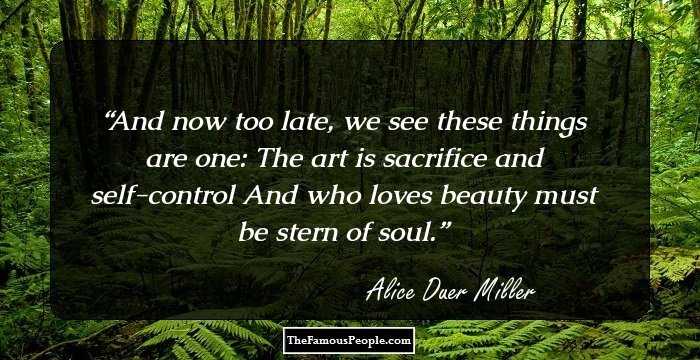 And now too late, we see these things are one: The art is sacrifice and self-control And who loves beauty must be stern of soul. 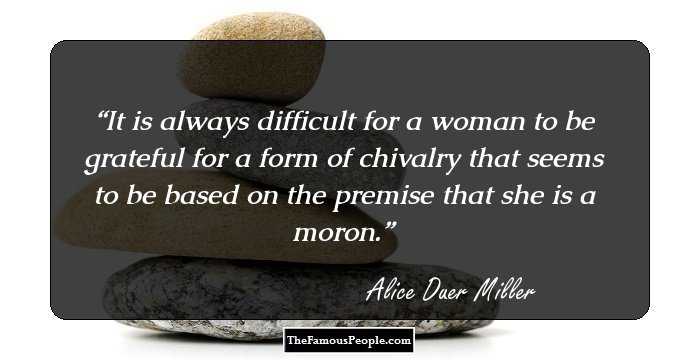 It is always difficult for a woman to be grateful for a form of chivalry that seems to be based on the premise that she is a moron.

No one has ever explained why it is that parents and guardians consider dull people such safe matrimonial investments for their young charges. Even granting the unsound assumption that dull people are more apt to be content with their own matrimonial fetters, they are certainly more apt to be the cause of discontent in others.