Sayyid Ali Hosseini Khamenei is the Supreme Leader of Iran since 1989.He previously served as the President of Iran from 1981 to 1989. After Oman's sultan Qaboos, Khamenei is the longest serving head of state in the Middle East. He is also the second-longest serving Iranian leader of the 20th century. In his long political and religious life, he has shared his vews and thoughts over a number of issues and subjects, including, religion, Islam, Iran, America, government, Israel, war, middle east, unrest, destruction, politics, teaching, september 11, etc. We have curated his most famous quotations and sayings from his speeches, interviews, observations, etc.

The great powers have dominated the destiny of the Islamic countries for years and... installed the Zionist cancerous tumor in the heart of the Islamic world... Many of the problems facing the Muslim world are due to the existence of the Zionist regime. 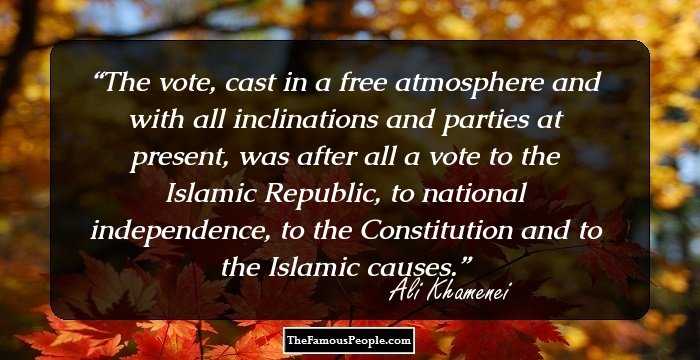 The vote, cast in a free atmosphere and with all inclinations and parties at present, was after all a vote to the Islamic Republic, to national independence, to the Constitution and to the Islamic causes. 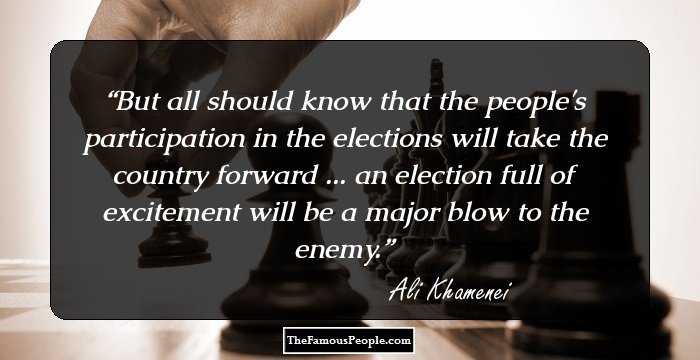 But all should know that the people's participation in the elections will take the country forward ... an election full of excitement will be a major blow to the enemy. 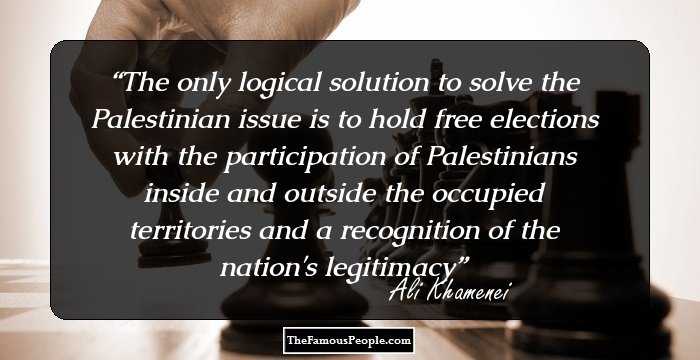 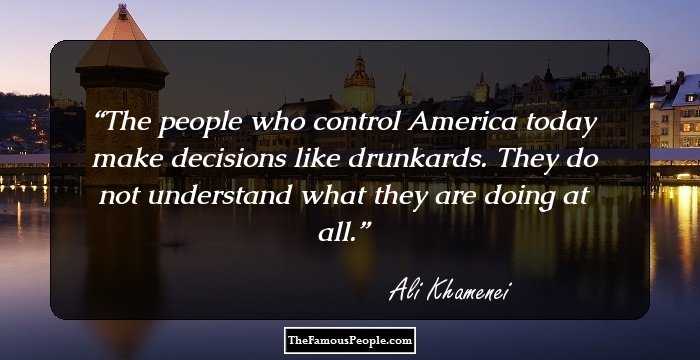 The people who control America today make decisions like drunkards. They do not understand what they are doing at all. 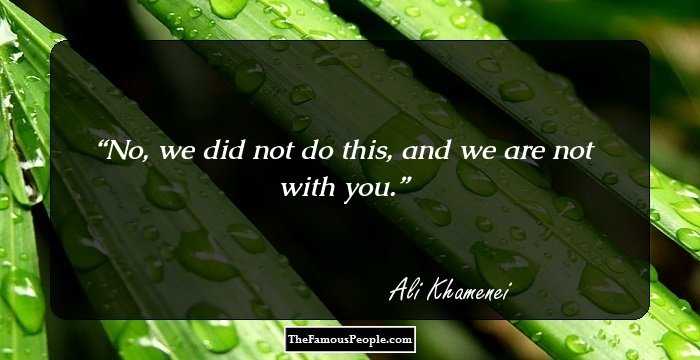 No, we did not do this, and we are not with you. 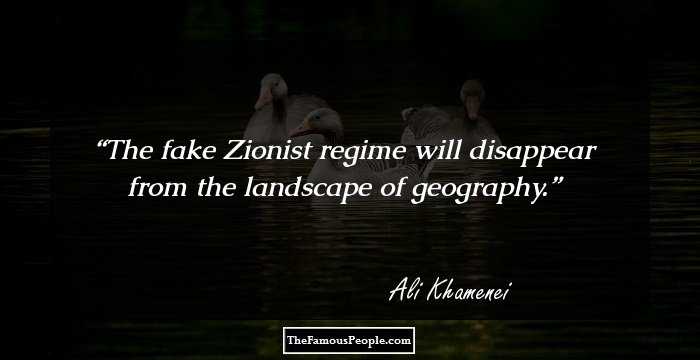 The fake Zionist regime will disappear from the landscape of geography. 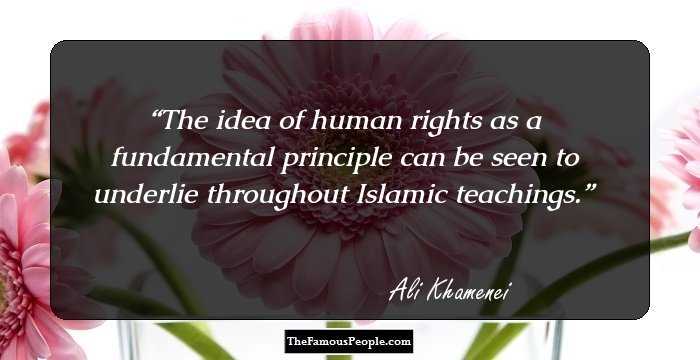 The idea of human rights as a fundamental principle can be seen to underlie throughout Islamic teachings. 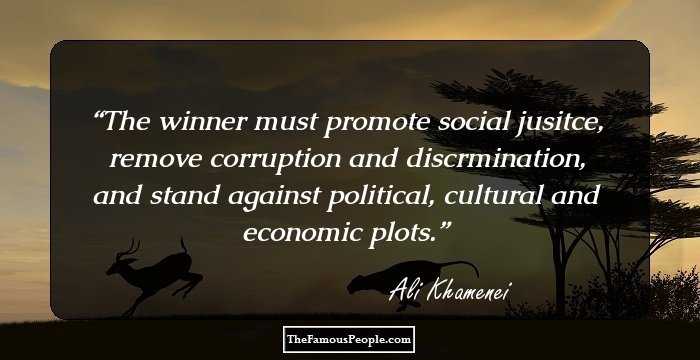 The winner must promote social jusitce, remove corruption and discrmination, and stand against political, cultural and economic plots. 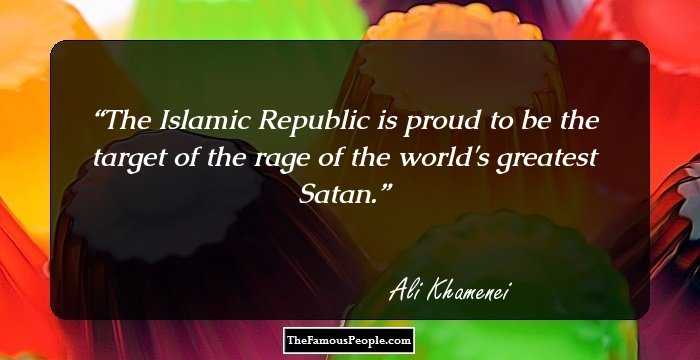 The Islamic Republic is proud to be the target of the rage of the world's greatest Satan. 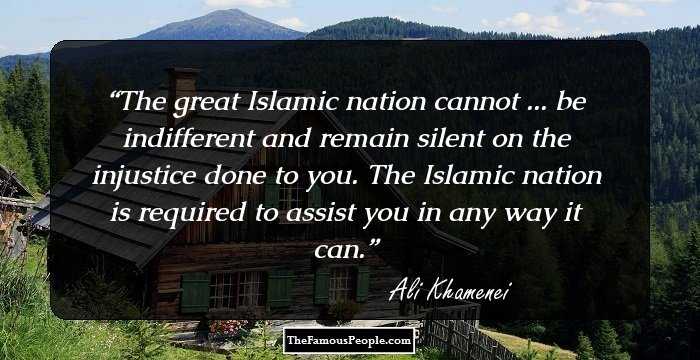 The great Islamic nation cannot ... be indifferent and remain silent on the injustice done to you. The Islamic nation is required to assist you in any way it can. 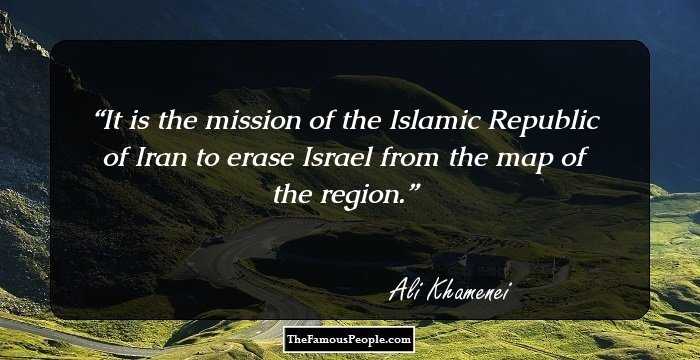 It is the mission of the Islamic Republic of Iran to erase Israel from the map of the region. 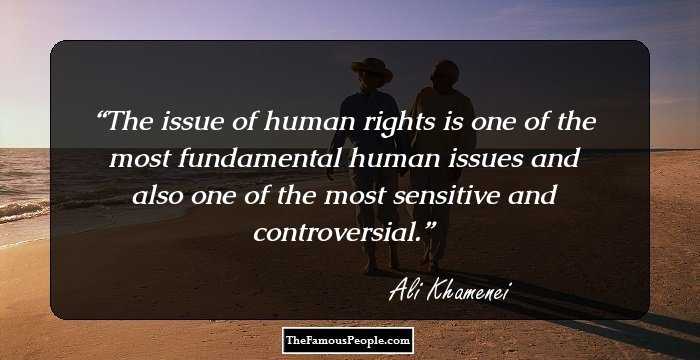 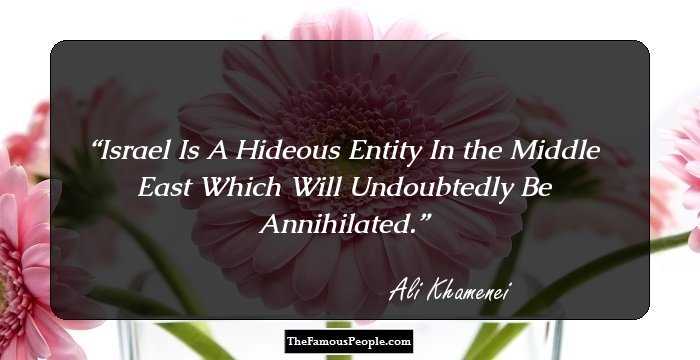 Israel Is A Hideous Entity In the Middle East Which Will Undoubtedly Be Annihilated.

Today in many western countries, nobody dares question the Holocaust whose nature is questionable. According to the reports I have received, in America if people decide to write something against homosexuality on the basis of psychological and sociological principles, they will be prevented from publishing their work. How is it that these people feel obligated to respect freedom of expression?

Today, the Muslim world is injured and corrupt people who are the enemies of all Muslims are trying to cause disunity in the Islamic world by intensifying ethnic difference and separating people under names such as 'Shia and Sunni', 'Arabs and non Arabs'.

Iran's stance has always been clear on this ugly phenomenon (Israel). We have repeatedly said that this cancerous tumor of a state should be removed from the region... No one will allow a bunch of thugs, lechers and outcasts from London, America and Moscow to rule over the Palestinians.

Western countries allow no freedom of expression, which they claim to advocate, with regard to the myth of the massacre of Jews known as the holocaust, and nobody in the West enjoys the freedom of expression to deny it or raise doubts about it. But affronting the sanctities of about 1.5 billion Muslims is permissible in the West.

In order to threaten Iran, you [America] say that you can secure the energy flow in the region. You are wrong. Beware that if you make the slightest mistake over Iran, the energy flow through this region will be seriously endangered. You will never be capable of providing energy security in this region. You are not capable and you should know this.

The Iranian leaders describe the American government exactly the way American analysts describe the Iranian one, as an opaque, factionalized system with competing power centers, over which the president exercises very limited authority.

From now on, in any place, if any nation or any group confronts the Zionist regime, we will endorse and we will help. We have no fear expressing this... The Zionist regime is a cancerous tumor that must be removed, and God willing it will be. 76 Enlightening Quotes By Desiderius Erasmus, The Great Humanist And Scholar 100 Inspiring Gautam Buddha Quotes That Guide Us Through Life