Famous As: Russian Writer and Thinker Known as the âFather of Russian Socialismâ
Born On: April 6, 1812
Died On: January 21, 1870
Born In: Moscow, Russia
Died At Age: 57
Alexander Herzen, popularly known as the âFather of Russian Socialismâ, was a renowned Russian thinker and writer. It is said that he was the illegal child of Ivan Yakovlev and always had great sympathy for serfs. Throughout his life, Herzen fought for the liberation of the laborers. He got arrested for attending a festival where verses of Mikhail Sokolovsky were sung. Proven guilty he was exiled and worked in the provincial bureaucracy in Vyatka. Few years later, he left Vyatka and was appointed as the editor of a gazette in Vladimir. An essay on âDilettantism in Scienceâ was his first literary work, which was published in the year 1842. âLetters on the Study of Natureâ and âWho Is To Blame?â are two of his other works. During his stay in France, he was disappointed with the hierarchy of the society and protested against it. Later, in the year 1852 he stayed in London and started a printing press âFree Russian Pressâ. Throughout his stay in London, he strongly promoted socialism and individualism. His autobiography, âMy Past and Thoughtsâ can be considered as a literary masterpiece. His quotes would motivate you and encourage you to live in a better society. We have accumulated few of his thoughts and quotes from his work, essays, writings and life. PresentingÂ quotes and sayings by Alexander Herzen on love, compassion, writings, infatuation, childhood, serfs, slavery, corruption, fight, politics and rights.
Listed In:
Writers
Philosophers
Intellectuals & Academics 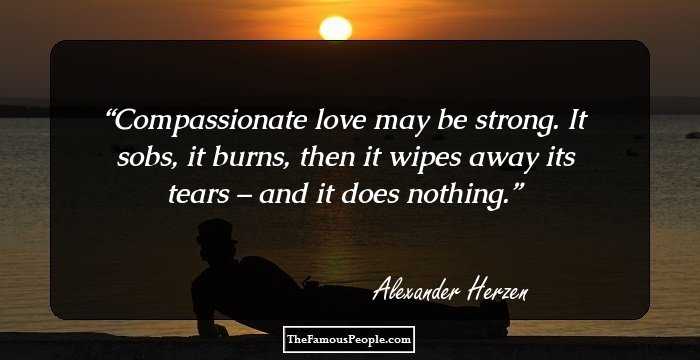 Compassionate love may be strong. It sobs, it burns, then it wipes away its tears â and it does nothing. 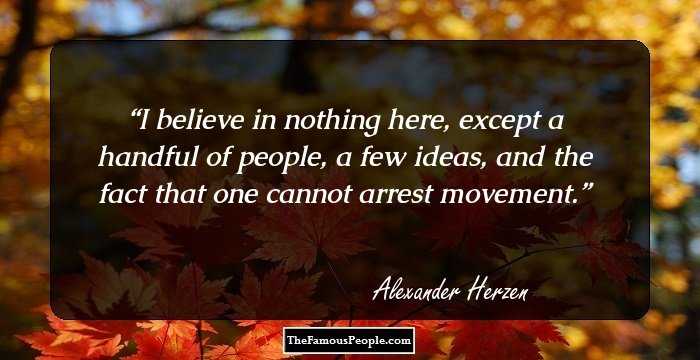 I believe in nothing here, except a handful of people, a few ideas, and the fact that one cannot arrest movement. 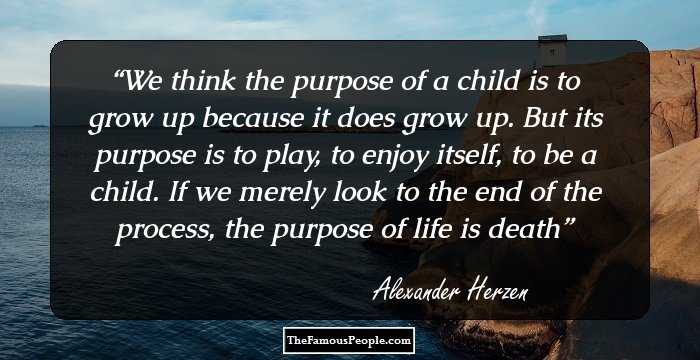 We think the purpose of a child is to grow up because it does grow up. But its purpose is to play, to enjoy itself, to be a child. If we merely look to the end of the process, the purpose of life is death 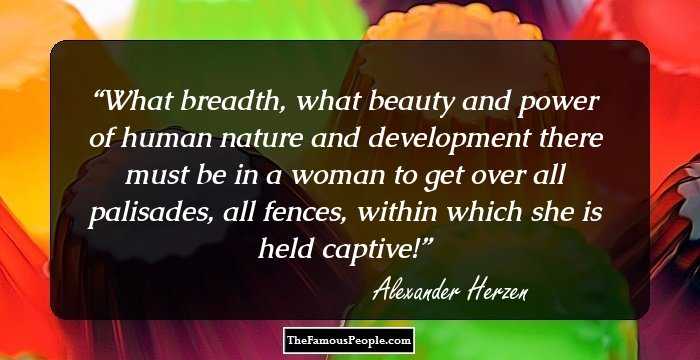 What breadth, what beauty and power of human nature and development there must be in a woman to get over all palisades, all fences, within which she is held captive! 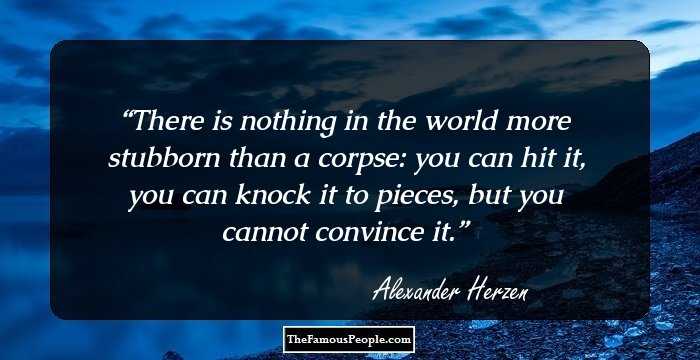 There is nothing in the world more stubborn than a corpse: you can hit it, you can knock it to pieces, but you cannot convince it. 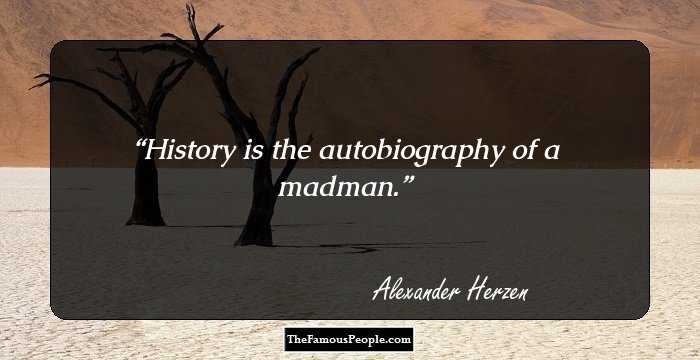 History is the autobiography of a madman. 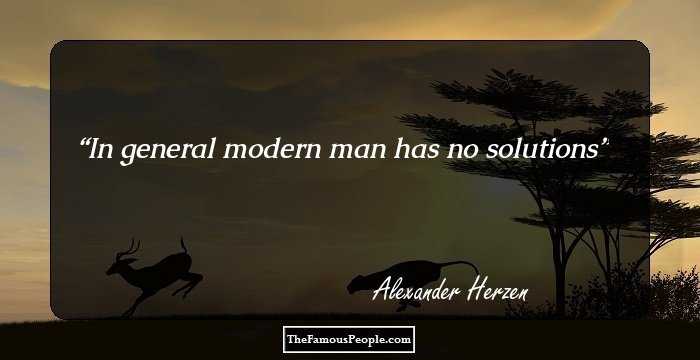 In general modern man has no solutions 112 Thought-Provoking Quotes By Fyodor Dostoevsky For The Bibliophiles 100 Inspirational Quotes By Leo Tolstoy, The Author Of War And Peace 100 Awesome Quotes by Anton Chekov, The Author of Ivanov