Famous As: President of African National Congress (ANC)
Born On: June 4, 1898
Died On: July 21, 1967
Born In: Bulawayo, Zimbabwe
Died At Age: 69
Albert John Luthuli, also spelled Lutuli, was a Zulu chief, religious leader, teacher, and president of the African National Congress (ANC), South Africa. He became the first African to be honored with the prestigious Nobel Prize for Peace in 1960 for his leadership role in non-violent struggle against the apartheid rule in South Africa. He had a noble bearing, and was intolerant of hatred, and firmly struggled for equality and peace among all men of the South African society. We have curated some of his most famous quotes from his writings, speeches, interviews and general life observations. Let's have a look at some of these fascinating quotes from the great man.
Listed In:
Leaders 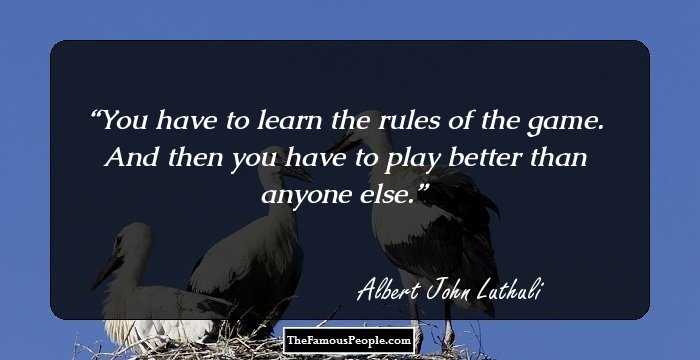 You have to learn the rules of the game. And then you have to play better than anyone else. 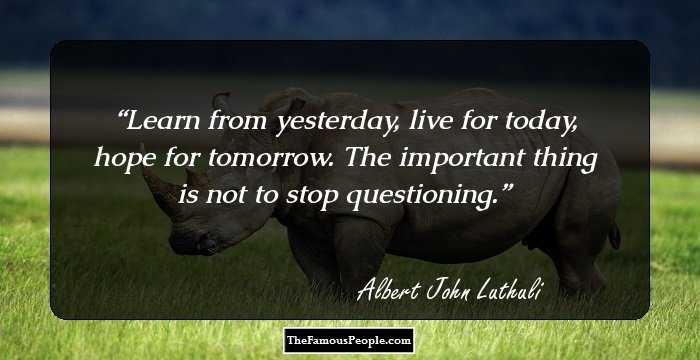 Learn from yesterday, live for today, hope for tomorrow. The important thing is not to stop questioning. 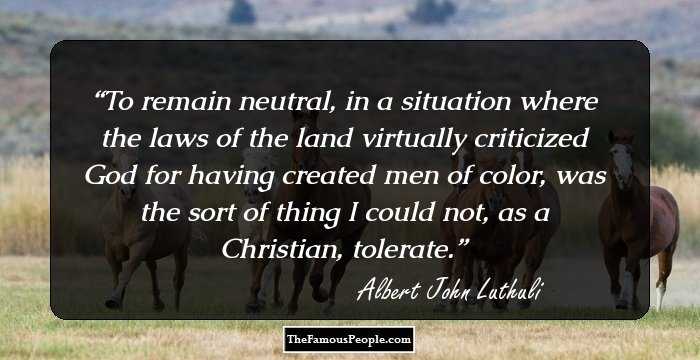 To remain neutral, in a situation where the laws of the land virtually criticized God for having created men of color, was the sort of thing I could not, as a Christian, tolerate. 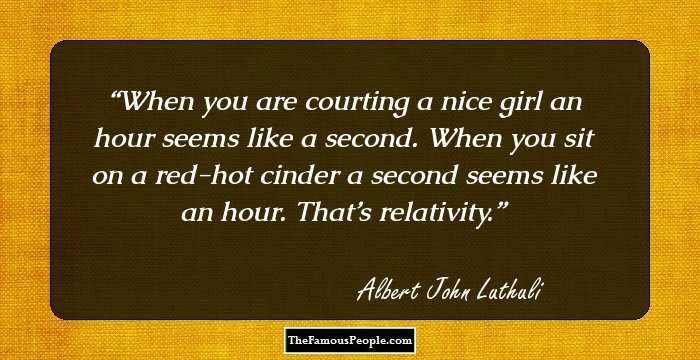 When you are courting a nice girl an hour seems like a second. When you sit on a red-hot cinder a second seems like an hour. Thatâs relativity.

I deplore this kind of politics. I think the ad is dishonest and dishonorable. As it is, none of these individuals served on the boat (Kerry) commanded. Many of his crew have testified to his courage under fire. I think John Kerry served honorably in Vietnam.

I believe that here in South Africa, with all our diversities of colour and race; we will show the world a new pattern for democracy. There is a challenge for us to set a new example for all. Let us not side step this task.

To engage human energy, human skill, and human talent in the service of peace, for the alternative is unthinkable - war, destruction, and desolation; and to build a world community which will stand as a lasting monument to the millions of men and women, to such devoted and distinguished world citizens and fighters for peace as the late Dag Hammarskjold, who have given their lives that we may live in happiness and peace...

Laws and conditions that tend to debase human personality - a God-given force - be they brought by the State or individuals, must be relentlessly opposed in the spirit of defiance shown by St. Peter when he said to the rulers of his day: 'Shall we obey God or man?' 138 Most Memorable Quotes By Fidel Castro