Famous As: Philosopher
Born On: January 17, 1937
Born In: Rabat, Morocco
Age: 86 Years
Alain Badiou is an eminent French philosopher, co-founder of the faculty of Philosophy at the Universite de Paris, and former chair of Philosophy at the âEcole normale superieure.' He has written and expressed his thoughts, views and opinions on subjects including unique consciousness, being, and truth. He has been associated with a number of political organizations and expressed his thoughts, views, and opinions on political events. Badiou has also argued for resuscitating the practice of collectivism. His works include philosophy, political essays, English translations, critical essays, pamphlets, serial publications, literature, and drama. Here is a compilation of most popular quotes and sayings by Alain Badiou. Presenting the notable, quotable quotes and thoughts by Alain Badiou, which have been extracted from the vast see of his writings, books, interviews, essays, books and other works.
Listed In:
Writers
Philosophers
Intellectuals & Academics 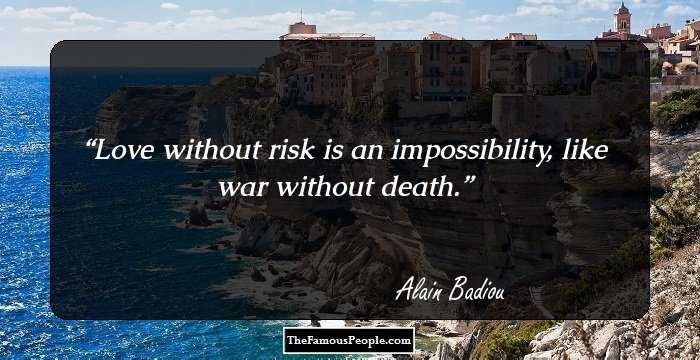 Love without risk is an impossibility, like war without death. 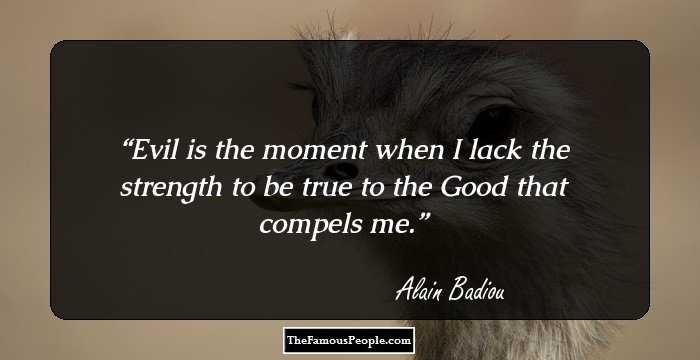 Evil is the moment when I lack the strength to be true to the Good that compels me.

Me I
Alain Badiou 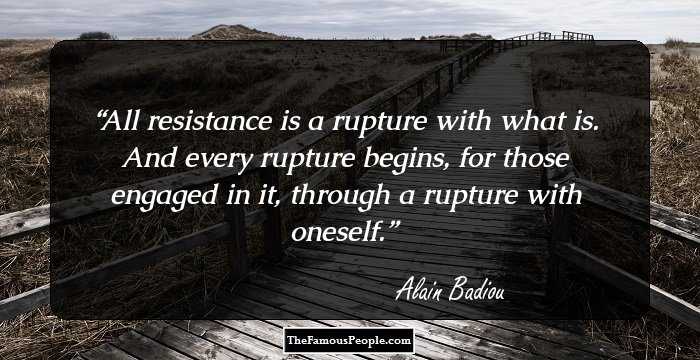 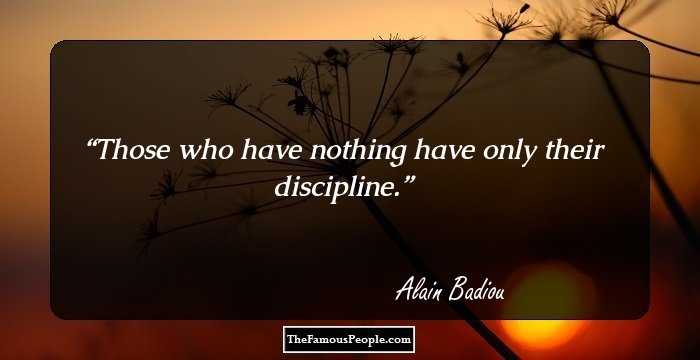 Those who have nothing have only their discipline. 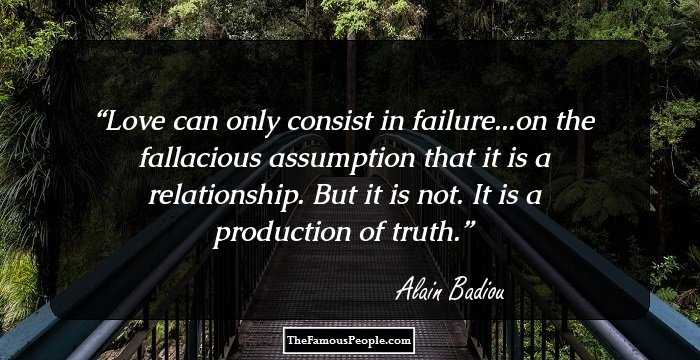 Love can only consist in failure...on the fallacious assumption that it is a relationship. But it is not. It is a production of truth. 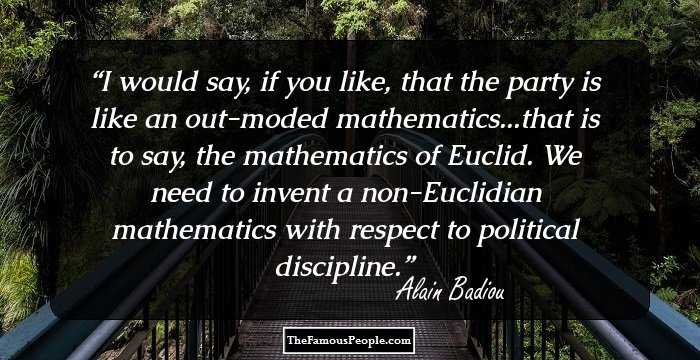 I would say, if you like, that the party is like an out-moded mathematics...that is to say, the mathematics of Euclid. We need to invent a non-Euclidian mathematics with respect to political discipline. 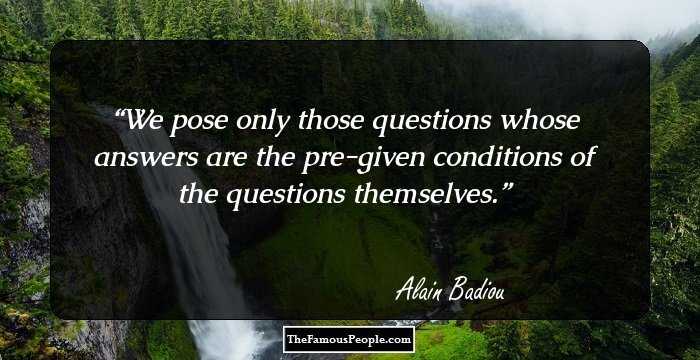 We pose only those questions whose answers are the pre-given conditions of the questions themselves. 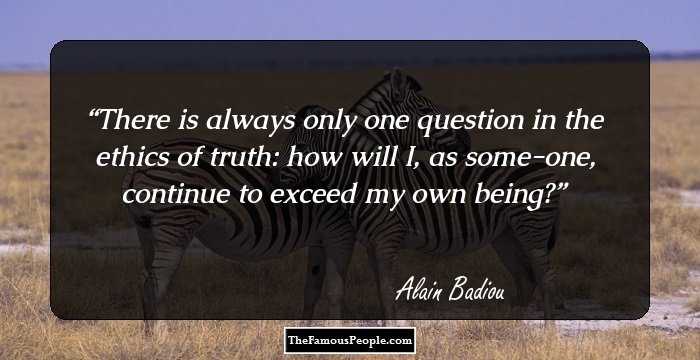 There is always only one question in the ethics of truth: how will I, as some-one, continue to exceed my own being?

Will I
Alain Badiou 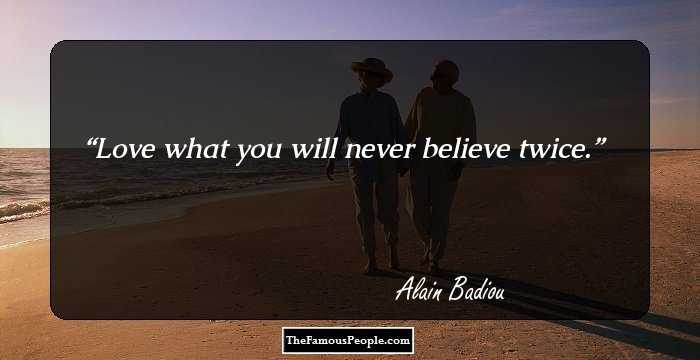 Love what you will never believe twice. 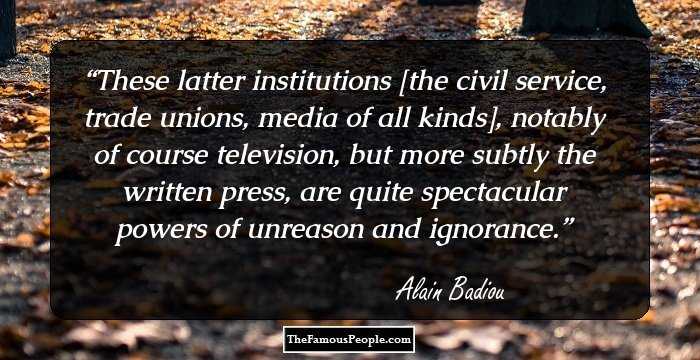 These latter institutions [the civil service, trade unions, media of all kinds], notably of course television, but more subtly the written press, are quite spectacular powers of unreason and ignorance. 27 Insightful Quotes By Rene Descartes That Will Inspirit The Dialecticians