Famous As: Writer, Journalist, Historian, University teacher
Born On: October 5, 1942
Born In: New York City, New York, United States
Founder / Co Founder: Mother Jones
Age: 80 Years
Adam Hochschild is a prolific American author, lecturer, and journalist. He pursued his BA in History and Literature from Harvard. His first book was titled, âHalf the Way Home: A Memoir of Father and Son,â that threw light on his sour relationship with his father. Some of his other noteworthy works include, âBury The Chains,â âThe Unquiet Ghost,â âTo End All Wars: A Story of Loyalty and Rebellion,â âThe Mirror at Midnight,â âSpain in Our Heartsâ and âKing Leopardâs Ghostâ etc. He has also worked for a number of popular magazines and journals including, âHarperâs Magazine,â âNew York Times Magazine,â âNew Yorker,â âNew York Review of Books,â etc. Read through the sayings and quotes by Adam Hochschild which have been excerpted from his writings, thoughts, books, journals, articles, works and life. We have rounded the most noteworthy and inspiring thoughts and quotes by Adam Hochschild.
Listed In:
Writers
Media Personalities 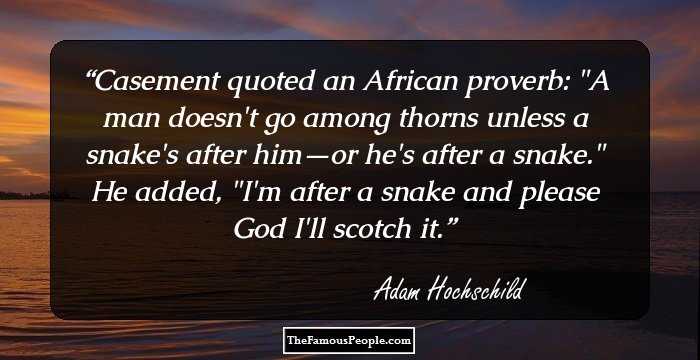 Casement quoted an African proverb: "A man doesn't go among thorns unless a snake's after himâor he's after a snake." He added, "I'm after a snake and please God I'll scotch it. 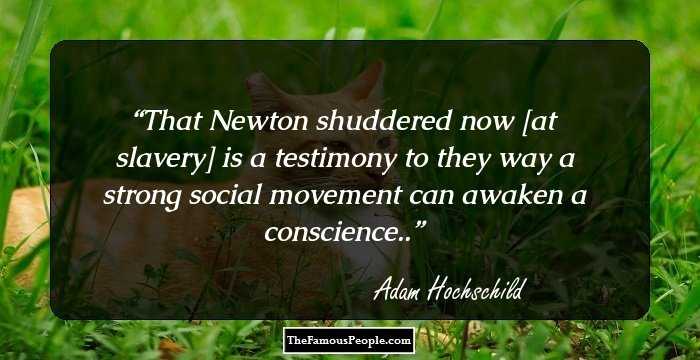 That Newton shuddered now [at slavery] is a testimony to they way a strong social movement can awaken a conscience.. 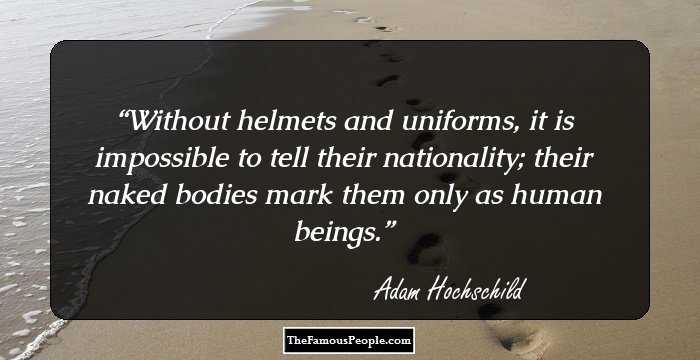 Without helmets and uniforms, it is impossible to tell their nationality; their naked bodies mark them only as human beings. 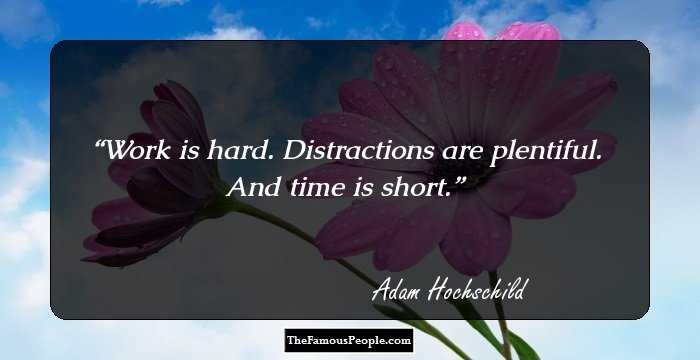 Work is hard. Distractions are plentiful. And time is short. 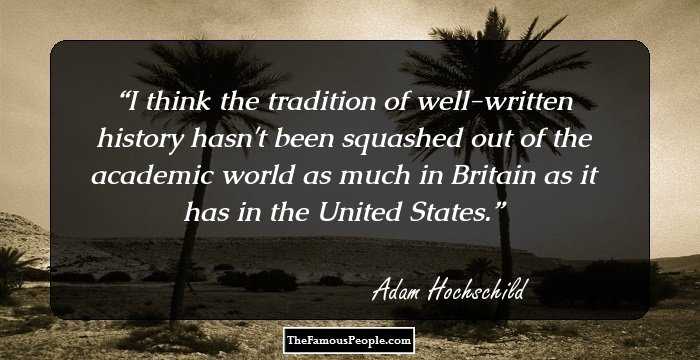 I think the tradition of well-written history hasn't been squashed out of the academic world as much in Britain as it has in the United States. 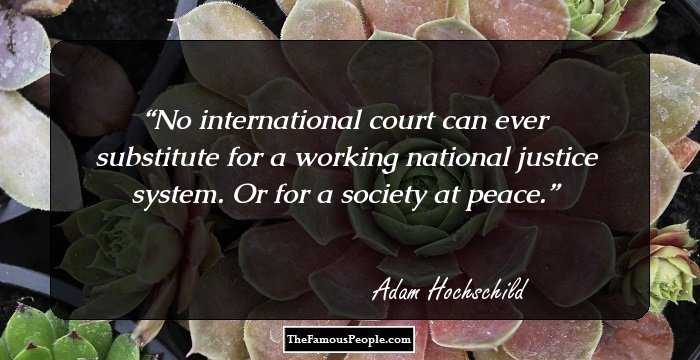 No international court can ever substitute for a working national justice system. Or for a society at peace. 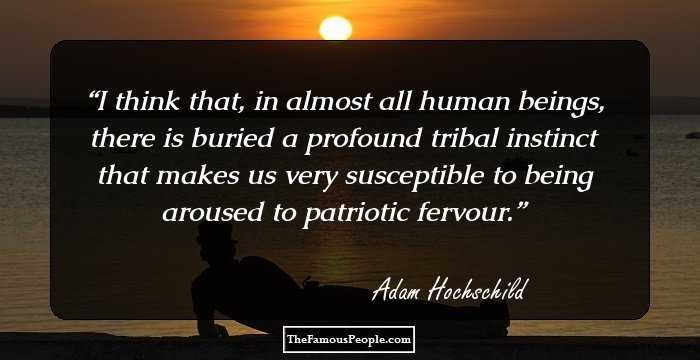 I think that, in almost all human beings, there is buried a profound tribal instinct that makes us very susceptible to being aroused to patriotic fervour. 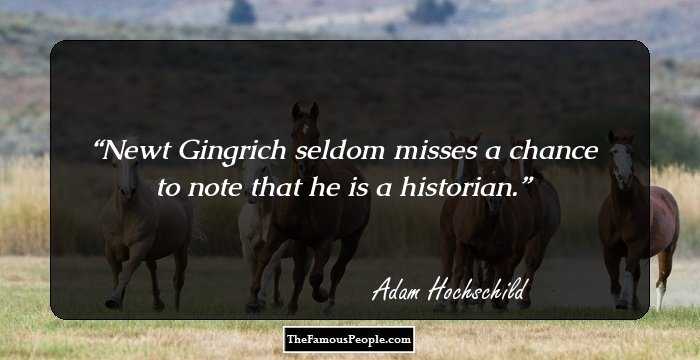 Newt Gingrich seldom misses a chance to note that he is a historian. 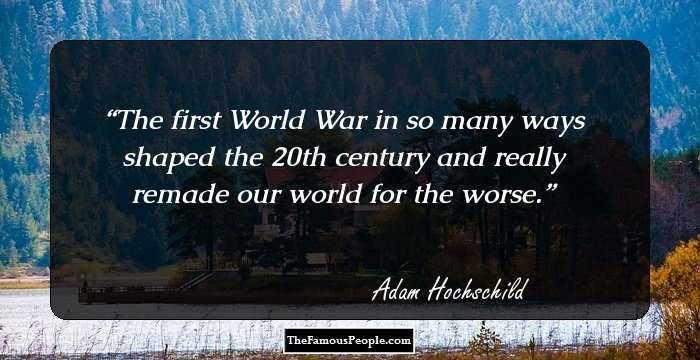 The first World War in so many ways shaped the 20th century and really remade our world for the worse.

For the better part of two centuries, outsiders have been offering explanations that range from racist to learned-sounding - the supposed inferiority of blacks, the heritage of slavery, overpopulation - for why Haiti remains the poorest country in the Western Hemisphere.

Someday, I have no doubt, the dead from today's wars will be seen with a similar sense of sorrow at needless loss and folly as those millions of men who lie in the cemeteries of France and Belgium - and tens of millions of Americans will feel a similar revulsion for the politicians and generals who were so spendthrift with others' lives.

As the First World War made painfully clear, when politicians and generals lead nations into war, they almost invariably assume swift victory, and have a remarkably enduring tendency not to foresee problems that, in hindsight, seem obvious.