Famous As: Best Known for His Role as âAaron Shuttâ in the TV Series âChicago Hopeâ
Born On: August 19, 1956
Born In: New York City, New York, United States
Age: 66 Years
Adam Arkin is a celebrated American director, film, stage and television actor. He is best-known for portraying Aaron Shutt on medical drama television series âChicago Hope.â He has been nominated for a number of awards, including three âPrimetime Emmys,â one âDGA Award,â a âTony Award,â and four âSAG Awards.â Some of his notable works include âI Hate Hamlet,â âMy Louisiana Sky,â âMonk,â âSons of Anarchy,â âLife,â âNorthern Exposure,â âIt Couldnât Happen to a Nicer Guy,â âIn the Line of Duty: Hunt for Justice,â amongst others. Zoom through the corpus of interesting and popular quotes and sayings by Adam Arkin which have been gathered from his movies, works, interviews, dialogues, public utterances, thoughts, life and tweets.
Listed In:
Actors
Film & Theater Personalities 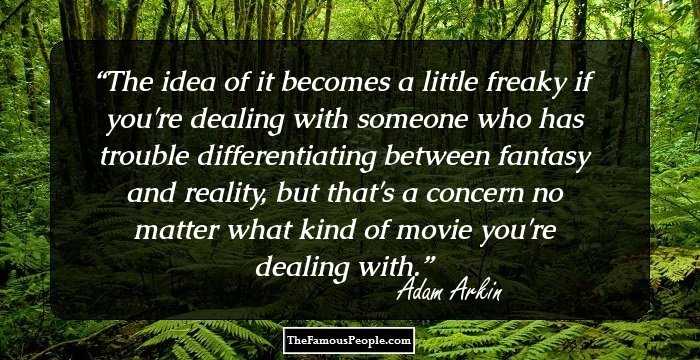 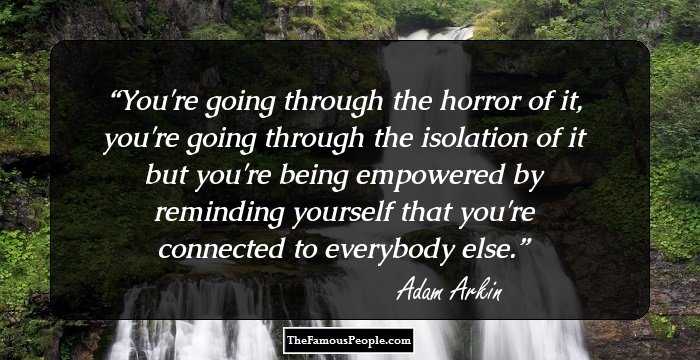 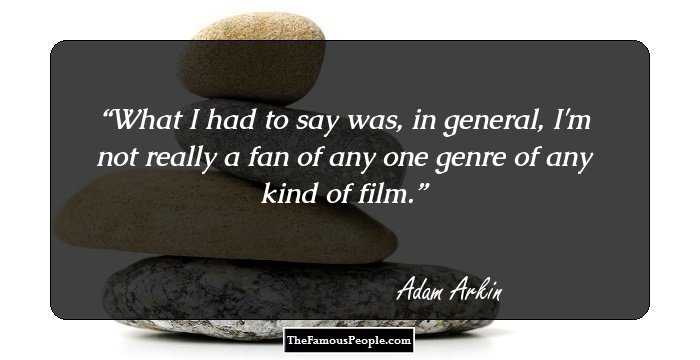 What I had to say was, in general, I'm not really a fan of any one genre of any kind of film. 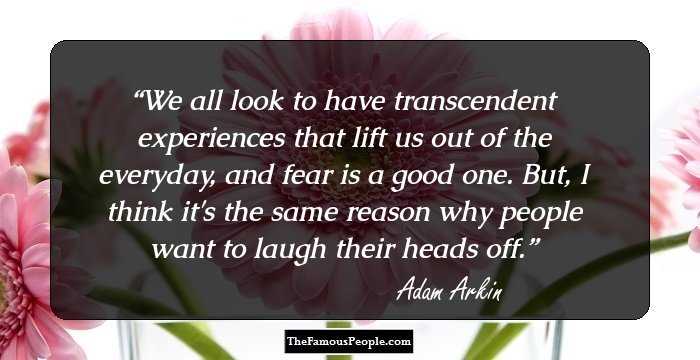 We all look to have transcendent experiences that lift us out of the everyday, and fear is a good one. But, I think it's the same reason why people want to laugh their heads off. 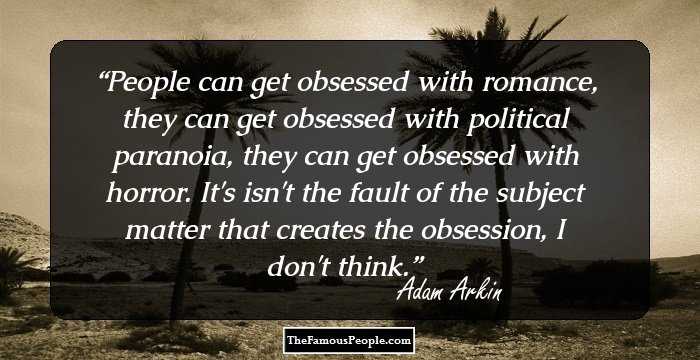 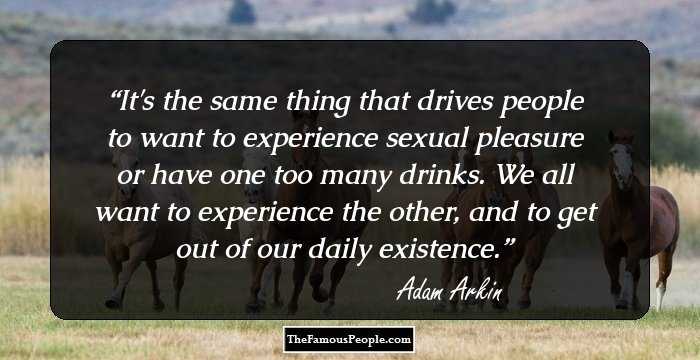 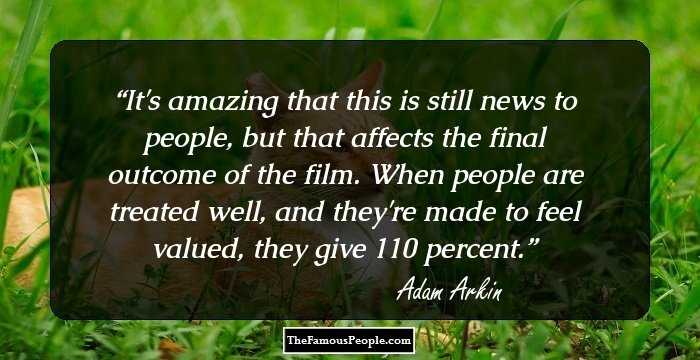 It's amazing that this is still news to people, but that affects the final outcome of the film. When people are treated well, and they're made to feel valued, they give 110 percent. 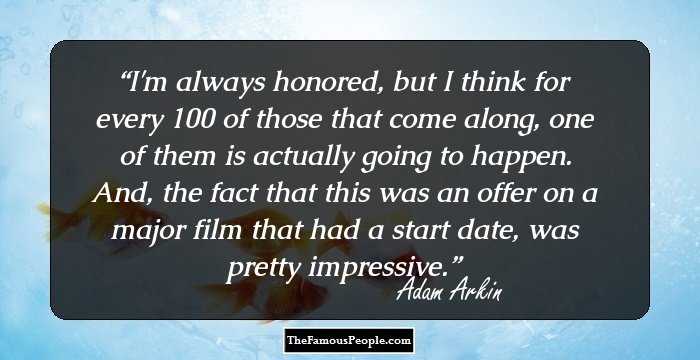 I'm always honored, but I think for every 100 of those that come along, one of them is actually going to happen. And, the fact that this was an offer on a major film that had a start date, was pretty impressive. 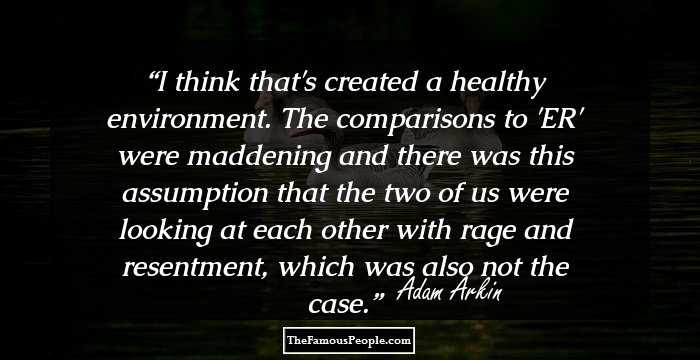 I think that's created a healthy environment. The comparisons to 'ER' were maddening and there was this assumption that the two of us were looking at each other with rage and resentment, which was also not the case. 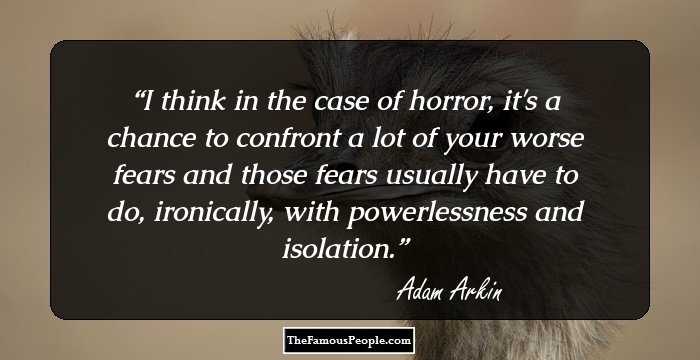 I think in the case of horror, it's a chance to confront a lot of your worse fears and those fears usually have to do, ironically, with powerlessness and isolation. 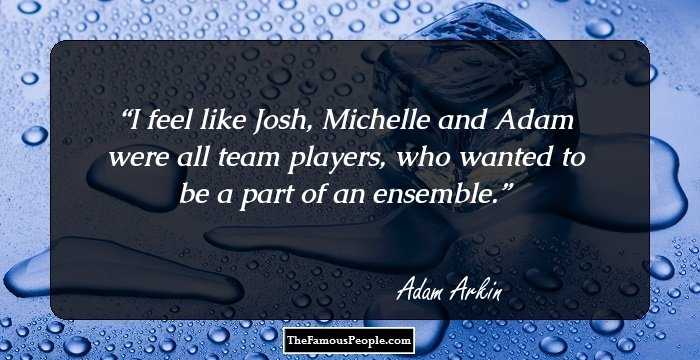 I feel like Josh, Michelle and Adam were all team players, who wanted to be a part of an ensemble. 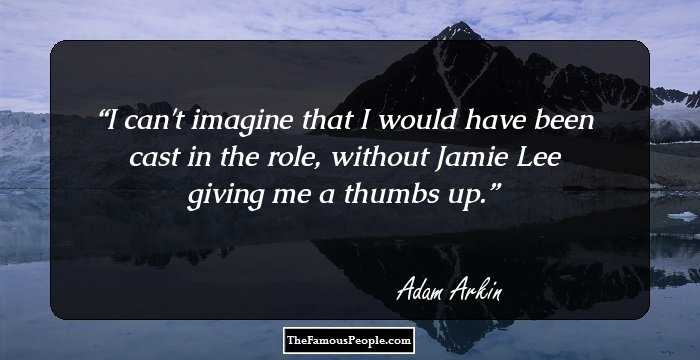 I can't imagine that I would have been cast in the role, without Jamie Lee giving me a thumbs up.

I want to continue doing as big a variety of things as I can do, and if that means I have the honor of getting to do more feature work, I would love that. I know that if I make any other long-term TV commitments, it's not going to be on a drama.