Famous As: Writer, Politician, Novelist, Autobiographer, Editor
Born On: July 7, 1860
Died On: August 31, 1951
Born In: Vilnius
Died At Age: 91
Abraham "Abe" Cahan was a Jewish-American author, politician, novelist, and editor, of the Yiddish newspaper the 'Jewish Daily Forward.' Cahan was born in Pabrade (Podberezye) near Vilna, Lithuania, but later emigrated to the United States. He was a dedicated socialist. After settling down in America, he became fluent in English and Yiddish, and emerged as a leading writer, lecturer and editor of socialist and labor causes. With time, he became a well-known name in media circles and his articles and short stories appeared in America's leading magazines and newspapers. His books and novels won the praise of leading literary critics. he shared his views, opinions and thoughts on issues and subjects close to his heart and wrote about the same in his articles, books, novels, and short stories. We have curated his famous quotes, one-lines, and sayings from his writings, books, novels, speeches, interviews etc.
Listed In:
Writers
Media Personalities 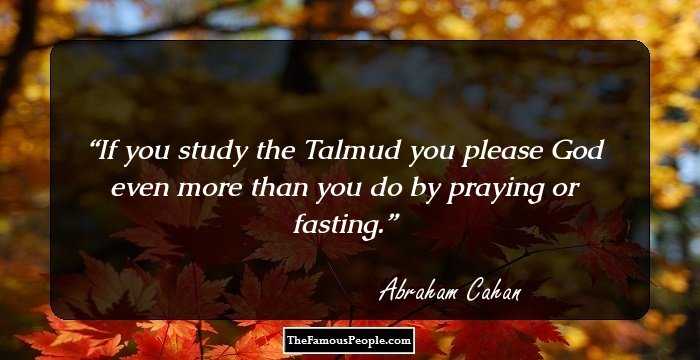 If you study the Talmud you please God even more than you do by praying or fasting. 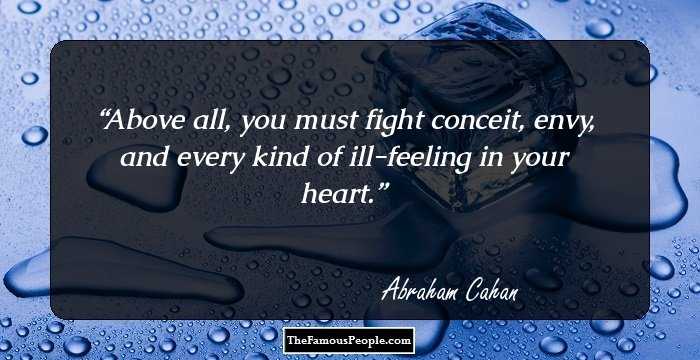 Above all, you must fight conceit, envy, and every kind of ill-feeling in your heart. 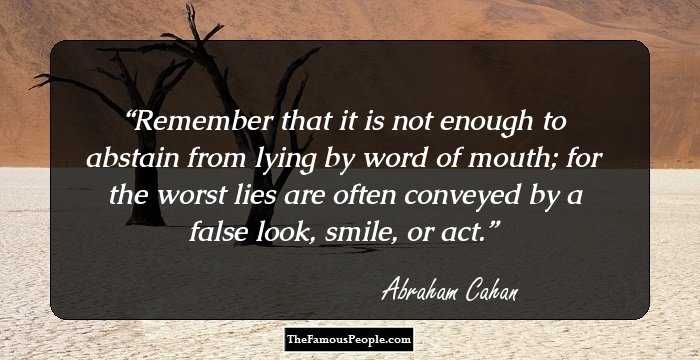 Remember that it is not enough to abstain from lying by word of mouth; for the worst lies are often conveyed by a false look, smile, or act. 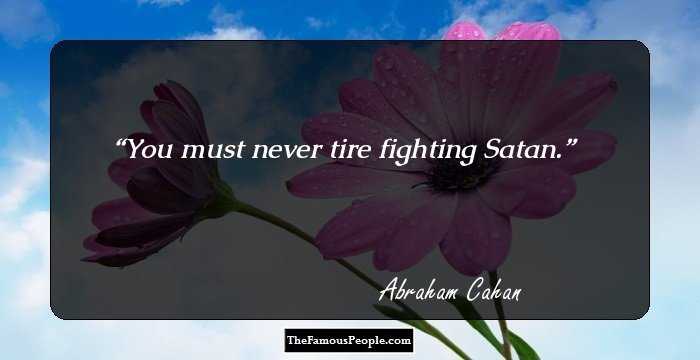 You must never tire fighting Satan. 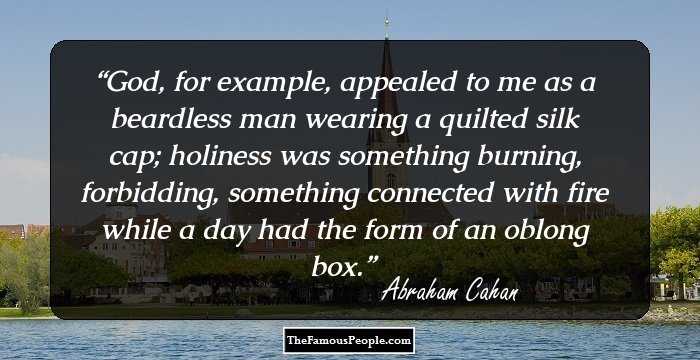 God, for example, appealed to me as a beardless man wearing a quilted silk cap; holiness was something burning, forbidding, something connected with fire while a day had the form of an oblong box. 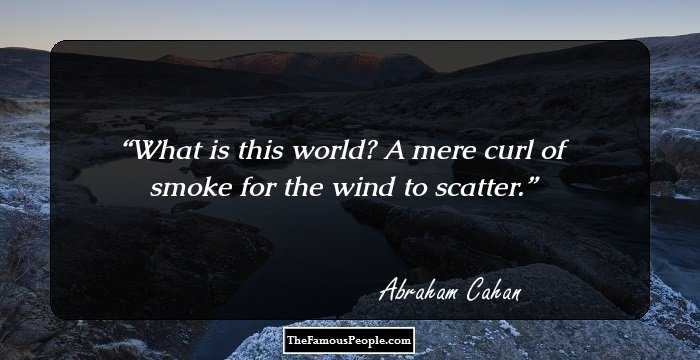 What is this world? A mere curl of smoke for the wind to scatter. 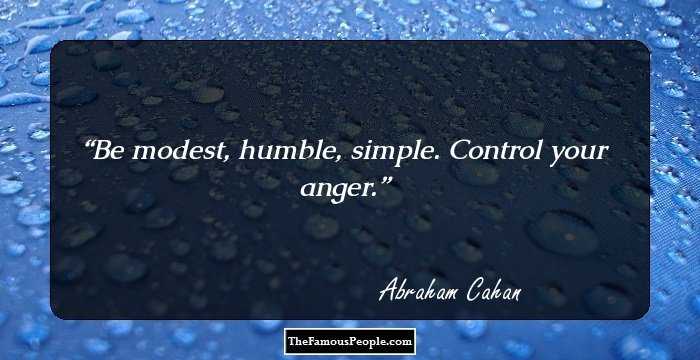 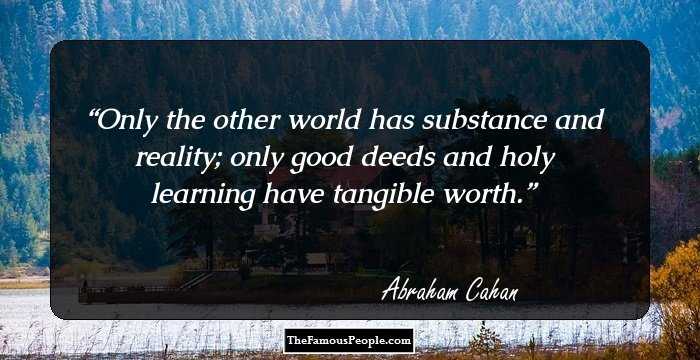 Only the other world has substance and reality; only good deeds and holy learning have tangible worth. 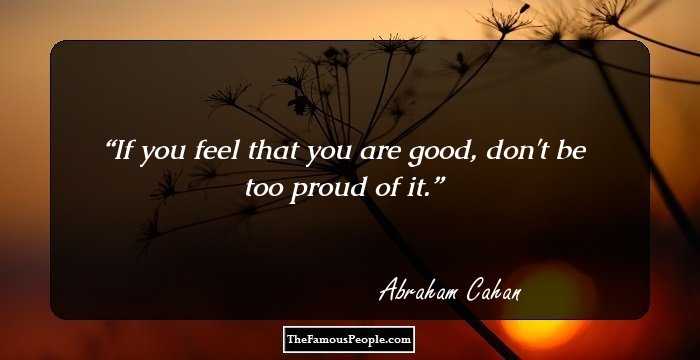 If you feel that you are good, don't be too proud of it. 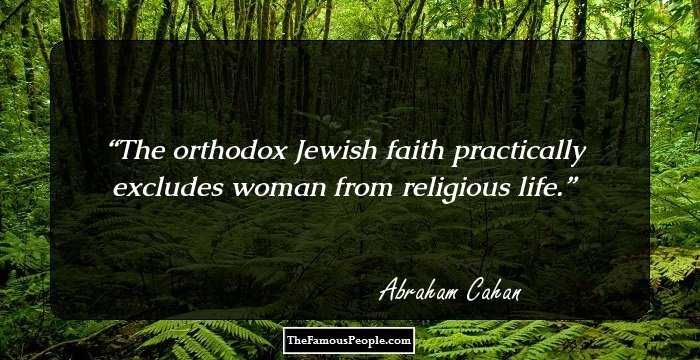 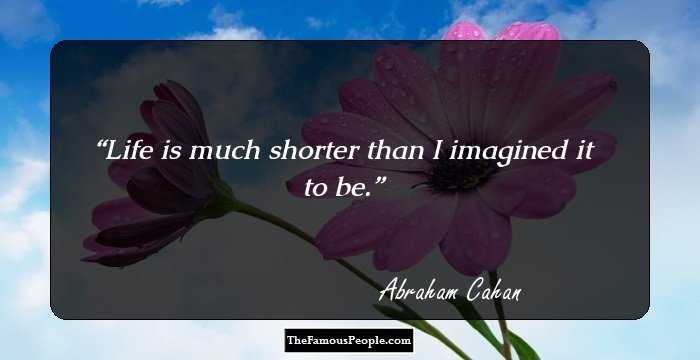 Life is much shorter than I imagined it to be. 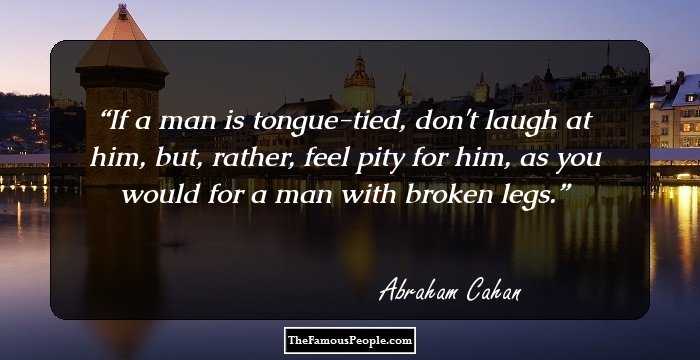 If a man is tongue-tied, don't laugh at him, but, rather, feel pity for him, as you would for a man with broken legs. 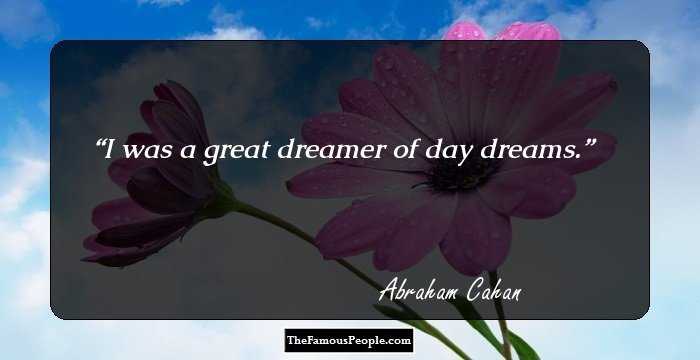 I was a great dreamer of day dreams. 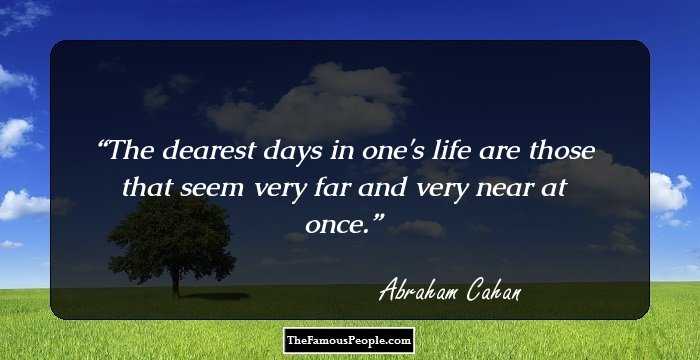 The dearest days in one's life are those that seem very far and very near at once. 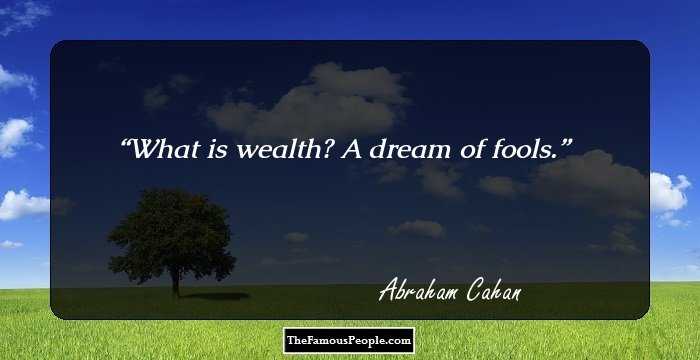 What is wealth? A dream of fools.

If it be true that our people represent a high percentage of mental vigor, the distinction is probably due, in some measure, to the extremely important part which Talmud studies have played in the spiritual life of the race.

He considered the Rvolution a victroy for the Jews, which opinion, he said, prevailed on the East Side where rejoicing knew no bounds. We felt, added Mr. Cahan, that this is a great triumph for the Jews' cause. The anti-Jewish element in Russia has always been identified with the anti-revolutionary party. Jews having always sat high in the Councils of the revolutionists, all of our race became inseparably linked with the opponents of the government in the official mind. 69 Insightful Quotes By Anton Lavey Which You Should Not Omit