A collection of quotes and thoughts by Pauline Phillips on responsibility, loneliness, poverty, writing, success, homosexuality, violence and freedom. 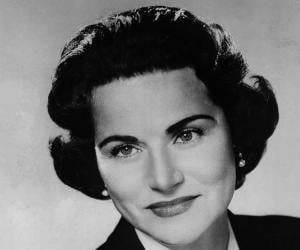 Pauline Phillips was a famous advice columnist known for her super-creative writing skills. In the beginning of her career, she worked as an advice columnist at âThe Chicago Timesâ. After a short span of time, she was hired by the âSan Francisco Chronicleâ where she came up with her most notable column âDear Abbyâ. She turned it into a huge success by perfectly tackling serious issues with humor. This gave her instant fame and she is believed to have responded to more than 9000 letters during her initial days. Her growing popularity compelled her to hire a big team of email readers and writers to reply to the huge number of letters. She was so passionate about her work that she used to personally reply to letters on serious topics like homosexuality, sexual malice, and domestic violence and even cared to call the readers if they were suicidal. This made her 'the most widely read and most quoted woman in the worldâ. Her column was published in more than a 1000 newspapers all over the world having a massive base of readers. While working as a columnist, she was honored with a star on the Hollywood Walk of Fame. Whatever she has said or written has become quite famous as her quotes and thoughts and is quoted extensively. Her thoughts and quotations tackled the most serious and sensitive topics in a lighter tone. Here are few of the most thought-provoking quotations and sayings by Pauline Phillips that will draw a smile on your face. 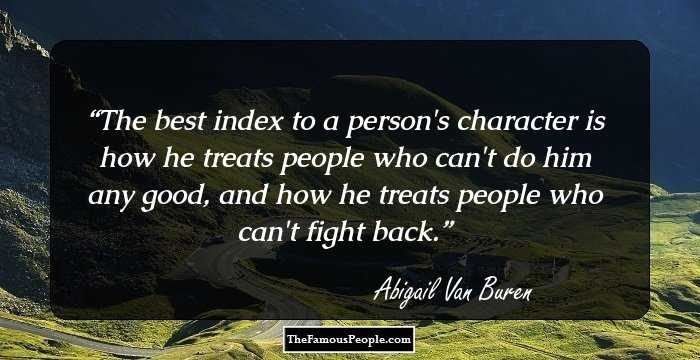 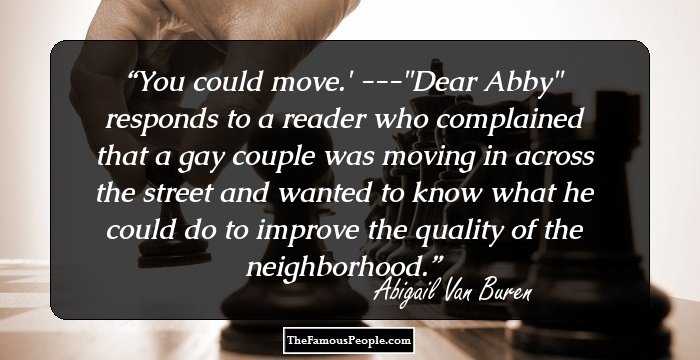 You could move.' ---"Dear Abby" responds to a reader who complained that a gay couple was moving in across the street and wanted to know what he could do to improve the quality of the neighborhood. 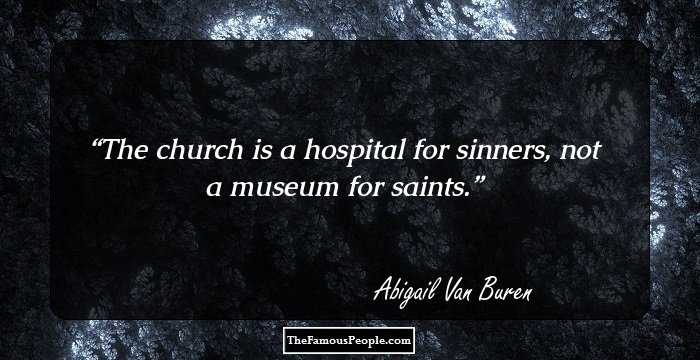 The church is a hospital for sinners, not a museum for saints. 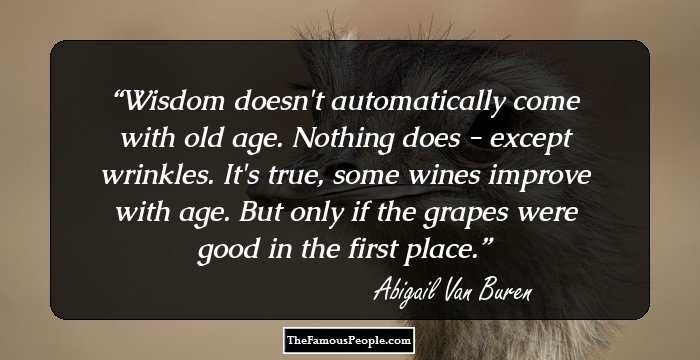 Wisdom doesn't automatically come with old age. Nothing does - except wrinkles. It's true, some wines improve with age. But only if the grapes were good in the first place. 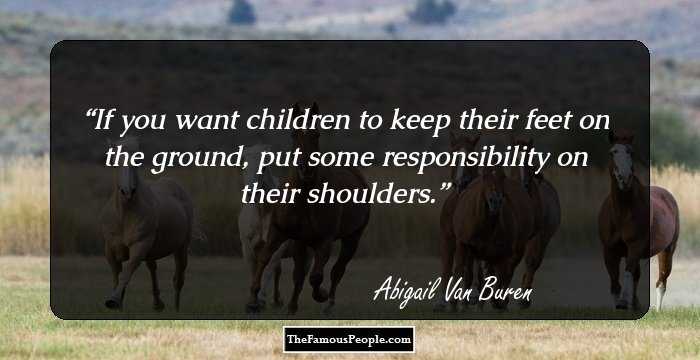 If you want children to keep their feet on the ground, put some responsibility on their shoulders. 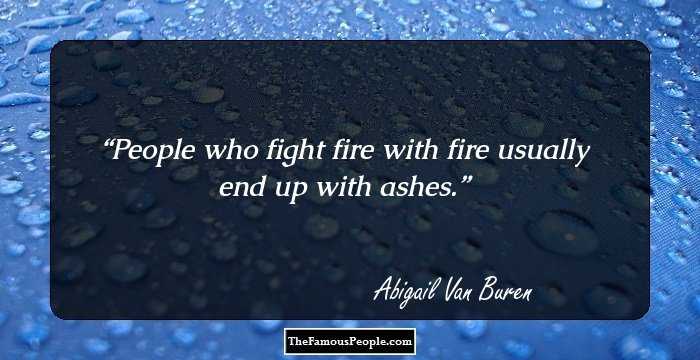 People who fight fire with fire usually end up with ashes. 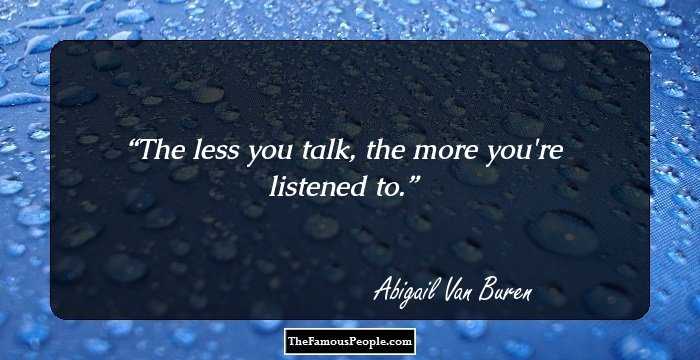 The less you talk, the more you're listened to. 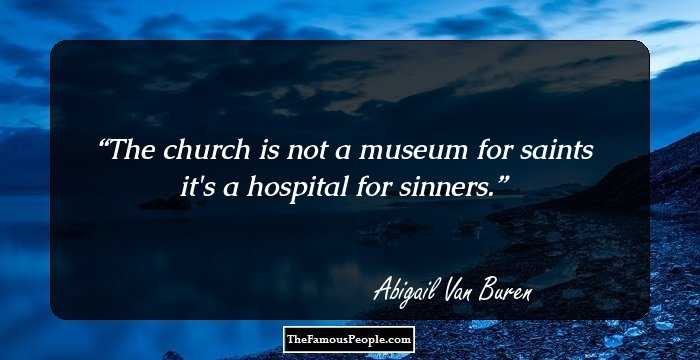 The church is not a museum for saints it's a hospital for sinners. 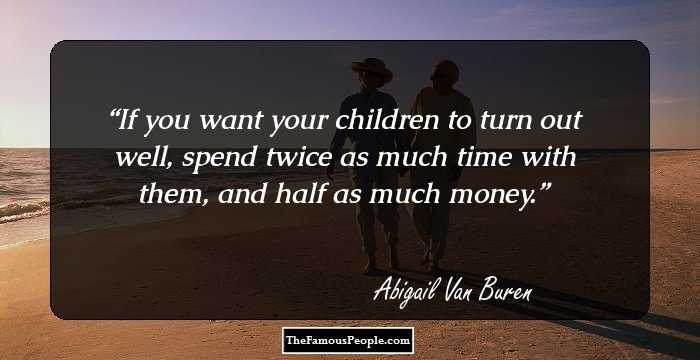 If you want your children to turn out well, spend twice as much time with them, and half as much money. 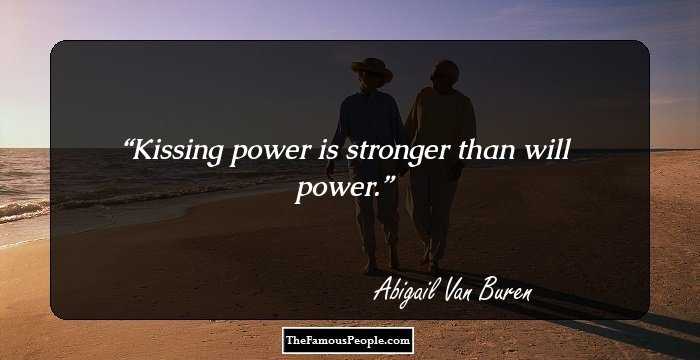 Kissing power is stronger than will power. 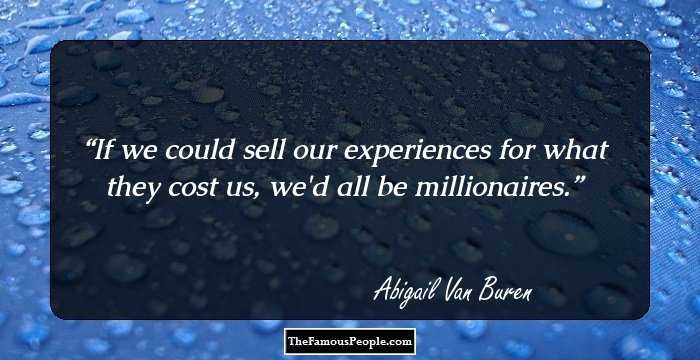 If we could sell our experiences for what they cost us, we'd all be millionaires. 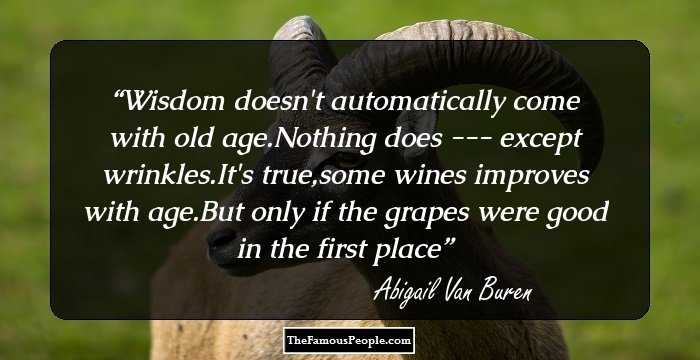 Wisdom doesn't automatically come with old age.Nothing does --- except wrinkles.It's true,some wines improves with age.But only if the grapes were good in the first place 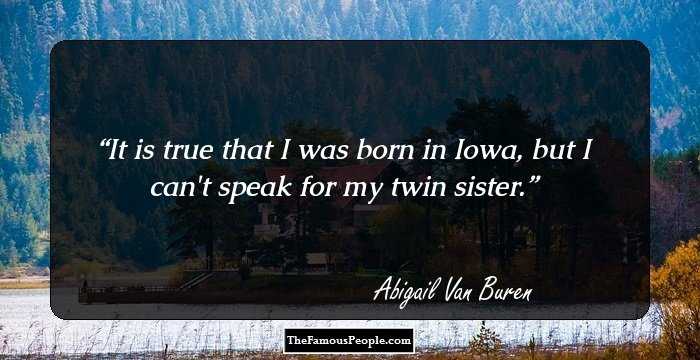 It is true that I was born in Iowa, but I can't speak for my twin sister. 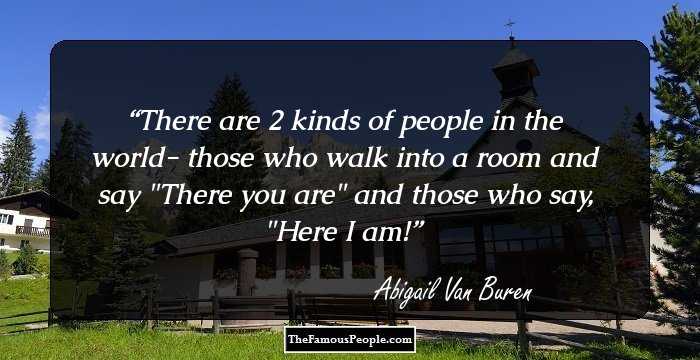 There are 2 kinds of people in the world- those who walk into a room and say "There you are" and those who say, "Here I am!

You I
Abigail Van Buren 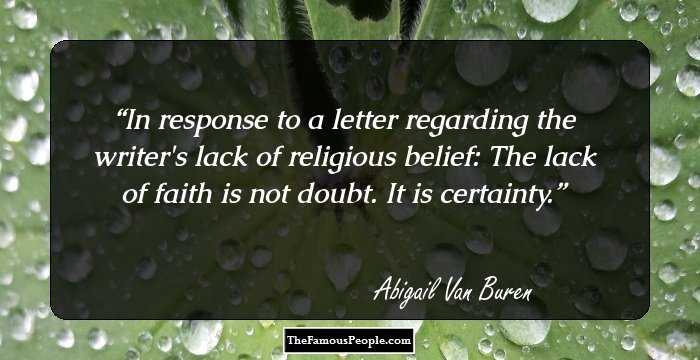 In response to a letter regarding the writer's lack of religious belief: The lack of faith is not doubt. It is certainty. 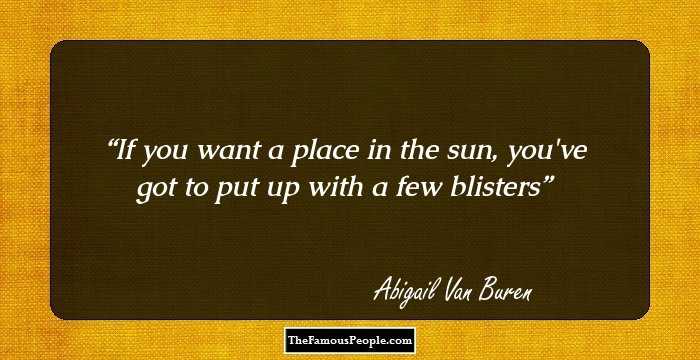 If you want a place in the sun, you've got to put up with a few blisters 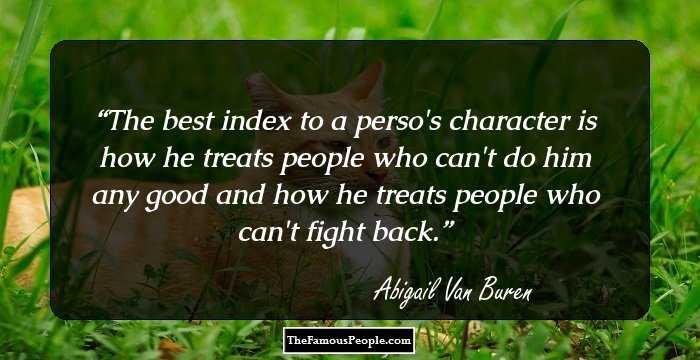 33 Barbara De Angelis Quotes That Help In Sprucing Up Life 98 Inspirational Quotes By Malcolm Gladwell For A Brighter Day