Abdurrahman Wahid was an Indonesian political and religious leader who served as the President of Indonesia from 1999 to 2001. He was the founder of the National Awakening Party (PKB), the president of the âNahdlatul Ulama,â and the first elected president of Indonesia. He was elected the President after the resignation of H. Muhammad Suharto in 1998. He restored freedom and democracy in Indonesia after Suharto's dictatorship of 32 years. Abdurrahman Wahid was a reformist Muslim scholar and an important figure among religious groups and political movements, and espoused a liberal Islam and promoted inter-faith co-operation and interaction. We have curated Abdurrahman Wahidâs most famous quotes and sayings from his speeches, lectures, interviews, and general life observations about religion, Islam, Indonesia, democracy, politics, dictatorship, liberalism, etc. 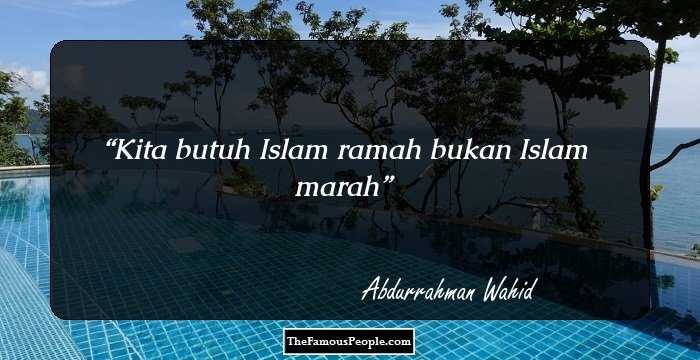 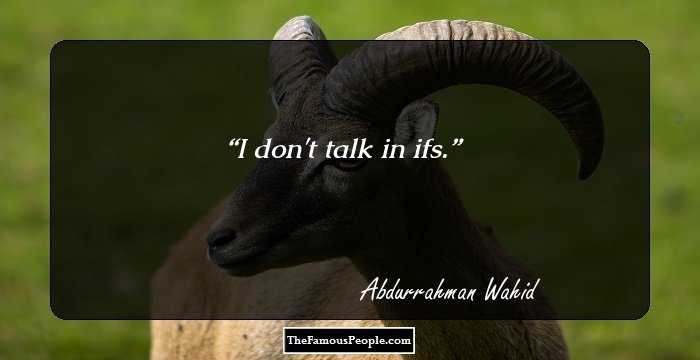 I don't talk in ifs. 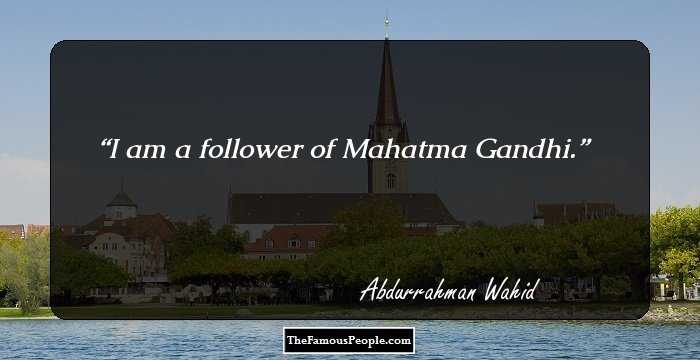 I am a follower of Mahatma Gandhi. 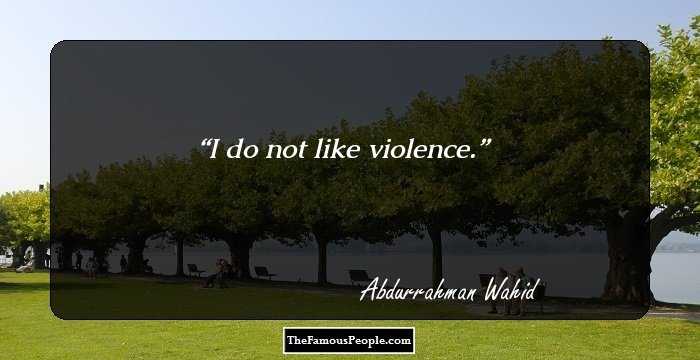 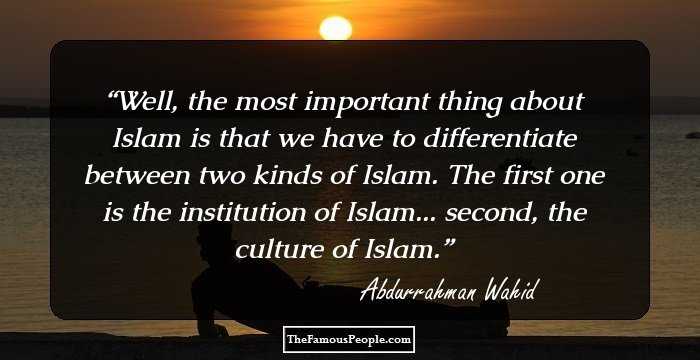 Well, the most important thing about Islam is that we have to differentiate between two kinds of Islam. The first one is the institution of Islam... second, the culture of Islam.

If we cling to the institution of Islam, then we tend to defend it against whatever we see as a danger to it, so because of this we see now that many people are defending states, defending territories, defending everything institutional in the belief that they defend Islam. 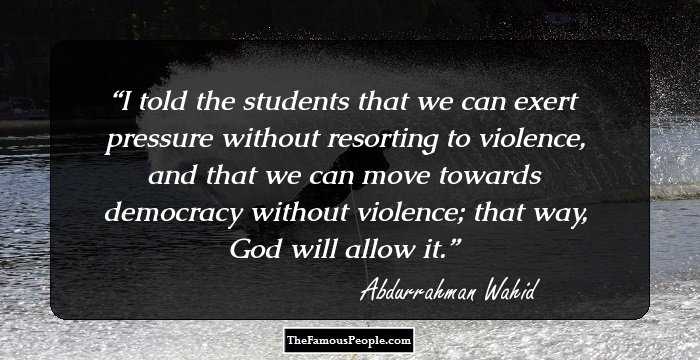 I told the students that we can exert pressure without resorting to violence, and that we can move towards democracy without violence; that way, God will allow it. 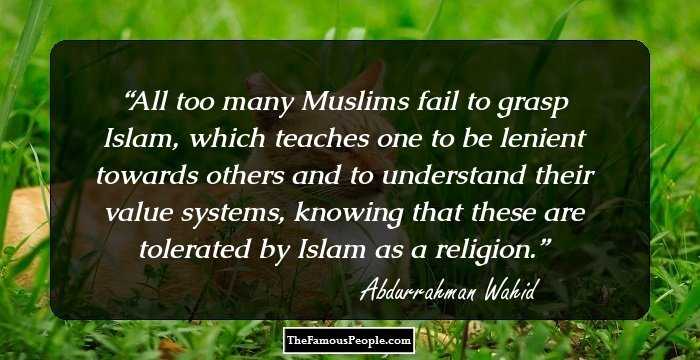 All too many Muslims fail to grasp Islam, which teaches one to be lenient towards others and to understand their value systems, knowing that these are tolerated by Islam as a religion. 68 Motivational Che Guevara Quotes For The Revolutionary in You