Aamir Khan is an illustrious Indian actor, filmmaker, director and television talk show host. He is considered to be one of the most influential and popular actors of Indian cinema. In 2003, he earned âPadma Shriâ and was awarded the âPadma Bhushanâ in 2010. He has also bagged in four âNational Film Awards,â an âAACTA Awardâ and nine âFilmfare Awards.â He is the founder of âAamir Khan Productions.â âLagaan,â the first film under his banner earned a nomination for âAcademy Awardâ in the category of âBest Foreign Language Film. He created and hosted âSatyamev Jayate,â a talk show through which he brought to light a number of sensitive social issues in the country. Zoom through famous quotes by Aamir Khan on film, belief, risk, journey, achievement, religion, perfection, fear, love, society, country, character, passion, career, winning, etc. 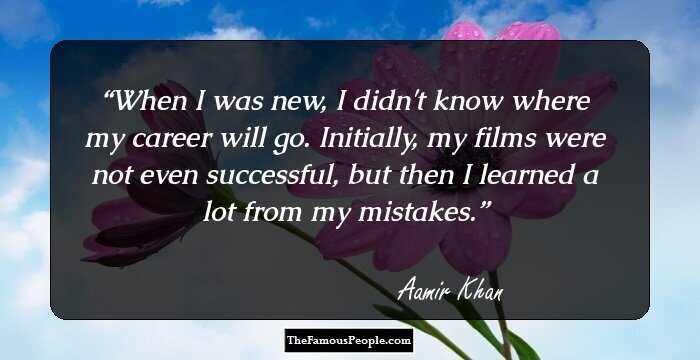 When I was new, I didn't know where my career will go. Initially, my films were not even successful, but then I learned a lot from my mistakes. 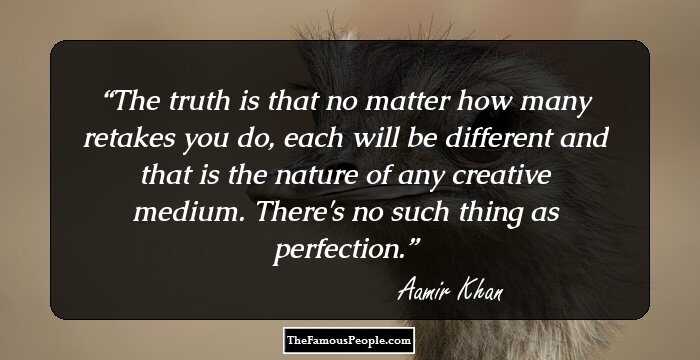 The truth is that no matter how many retakes you do, each will be different and that is the nature of any creative medium. There's no such thing as perfection. 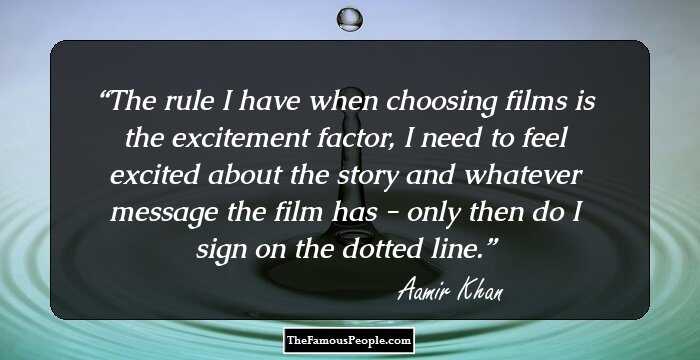 The rule I have when choosing films is the excitement factor, I need to feel excited about the story and whatever message the film has - only then do I sign on the dotted line. 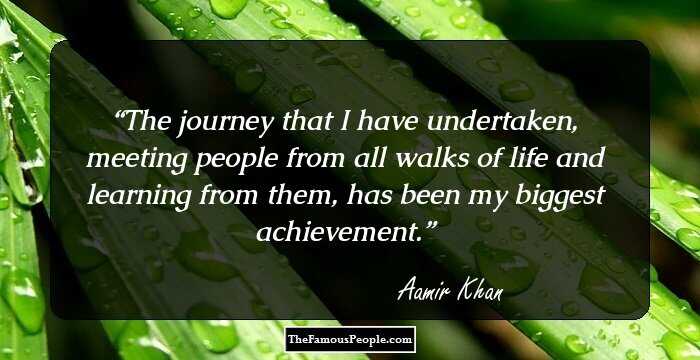 The journey that I have undertaken, meeting people from all walks of life and learning from them, has been my biggest achievement. 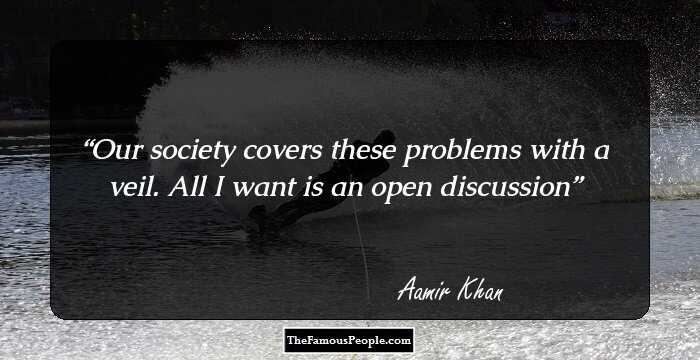 Our society covers these problems with a veil. All I want is an open discussion 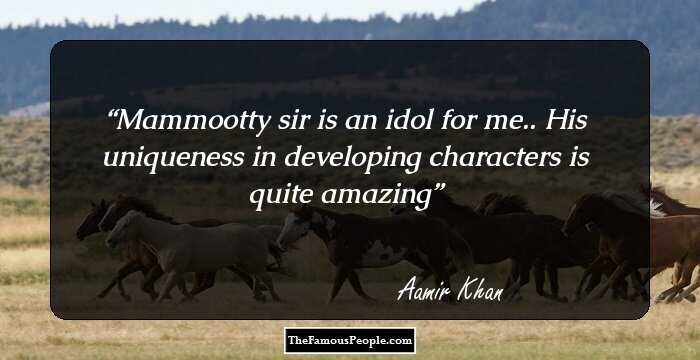 Mammootty sir is an idol for me.. His uniqueness in developing characters is quite amazing 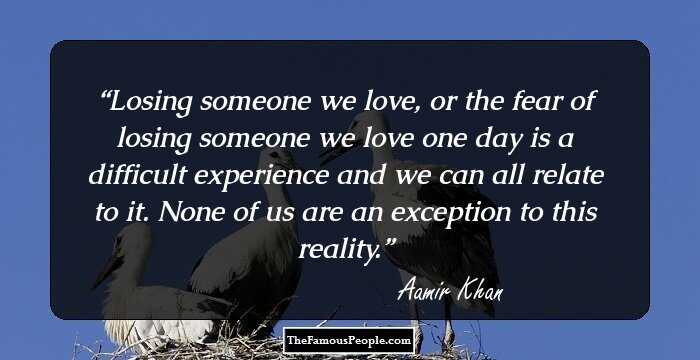 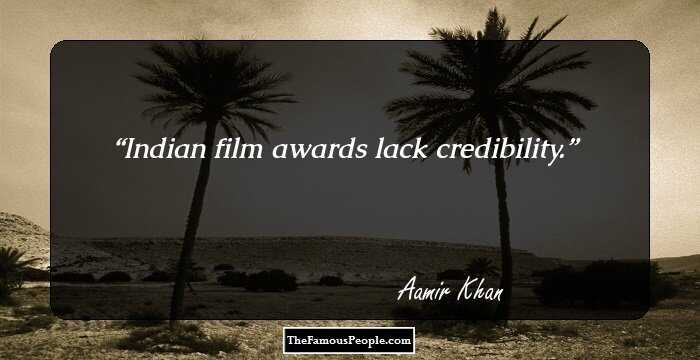 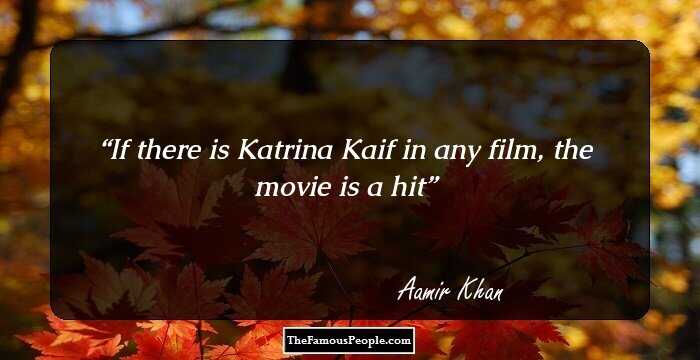 If there is Katrina Kaif in any film, the movie is a hit 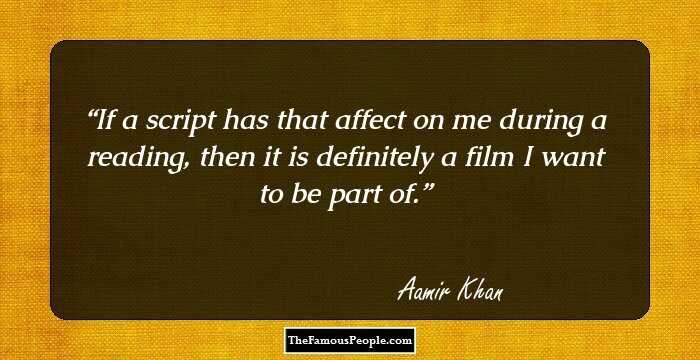 If a script has that affect on me during a reading, then it is definitely a film I want to be part of. 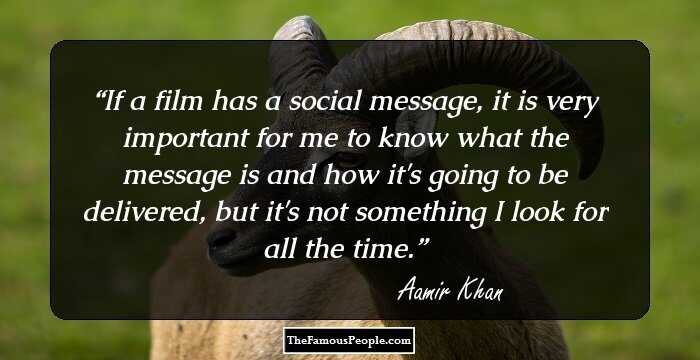 If a film has a social message, it is very important for me to know what the message is and how it's going to be delivered, but it's not something I look for all the time. 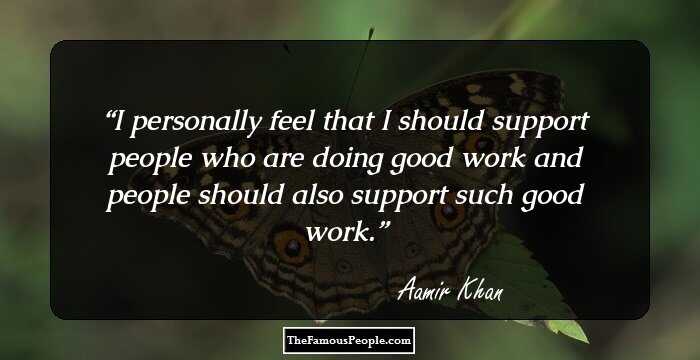 I personally feel that I should support people who are doing good work and people should also support such good work. 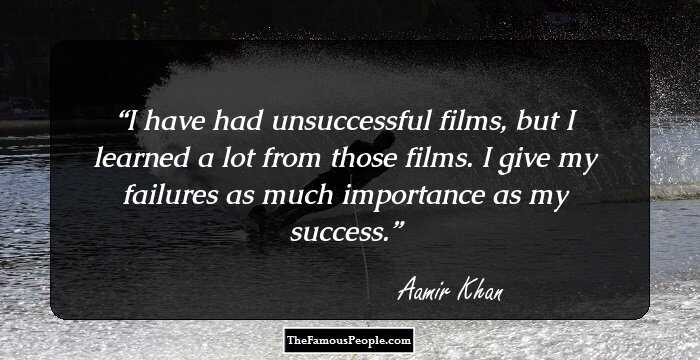 I have had unsuccessful films, but I learned a lot from those films. I give my failures as much importance as my success. 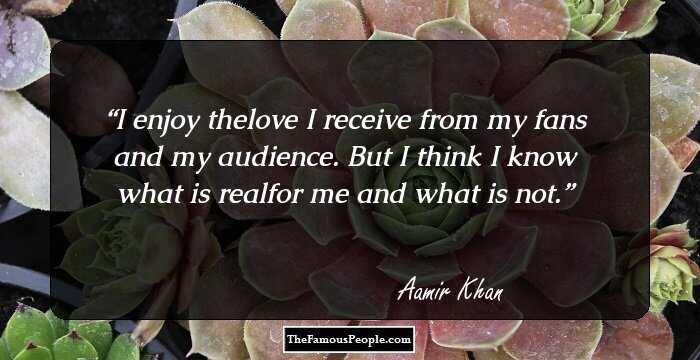 I enjoy thelove I receive from my fans and my audience. But I think I know what is realfor me and what is not. 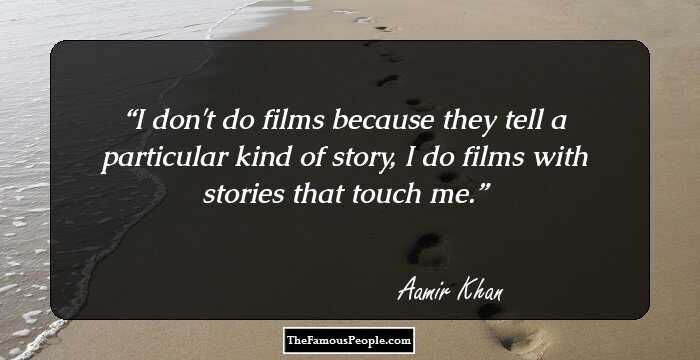 I don't do films because they tell a particular kind of story, I do films with stories that touch me. 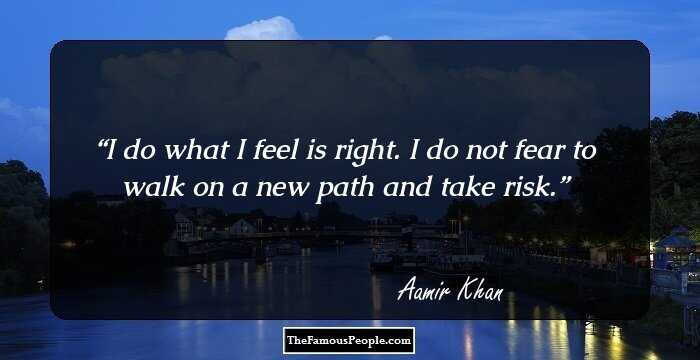 I do what I feel is right. I do not fear to walk on a new path and take risk. 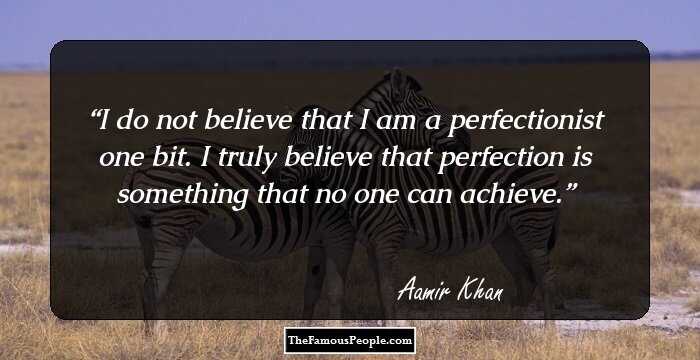 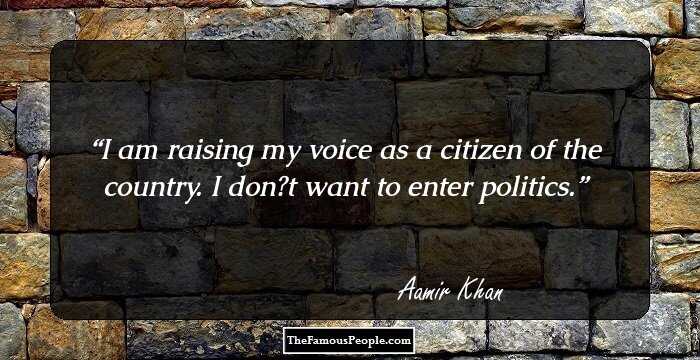 I am raising my voice as a citizen of the country. I don?t want to enter politics. 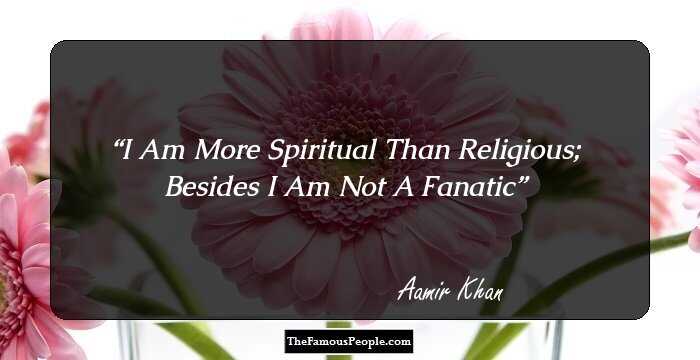 I Am More Spiritual Than Religious; Besides I Am Not A Fanatic 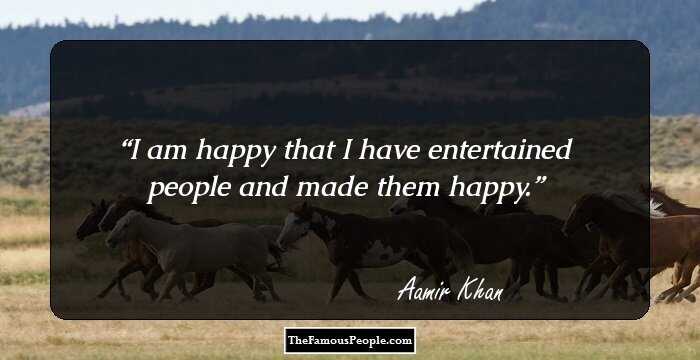 I am happy that I have entertained people and made them happy. 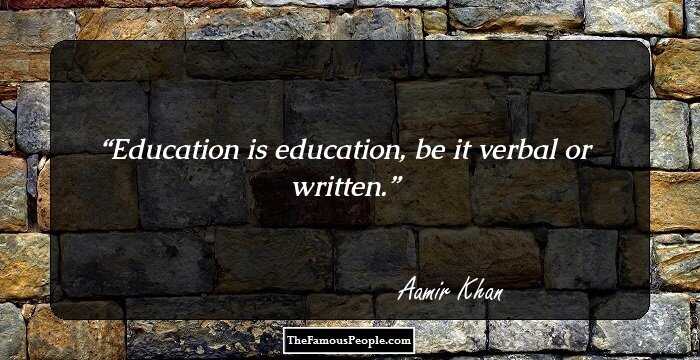 Education is education, be it verbal or written. 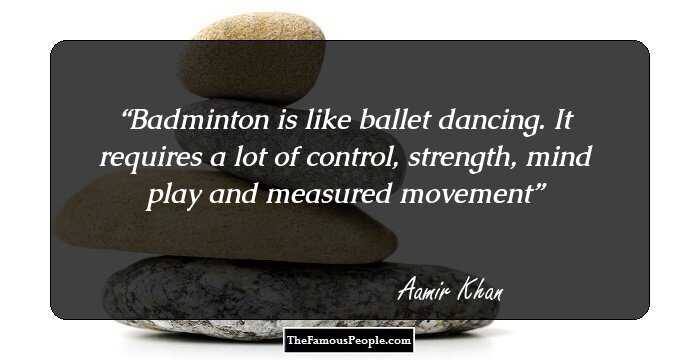 Badminton is like ballet dancing. It requires a lot of control, strength, mind play and measured movement 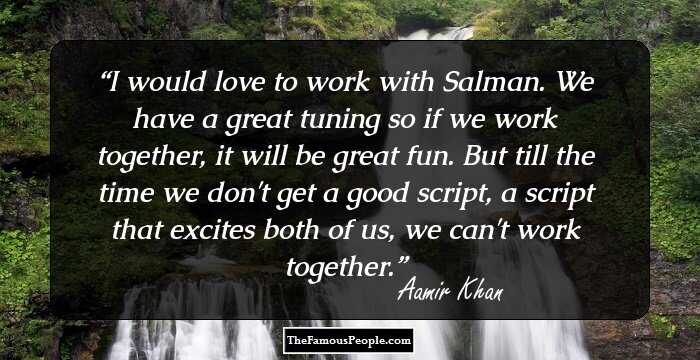 I would love to work with Salman. We have a great tuning so if we work together, it will be great fun. But till the time we don't get a good script, a script that excites both of us, we can't work together. 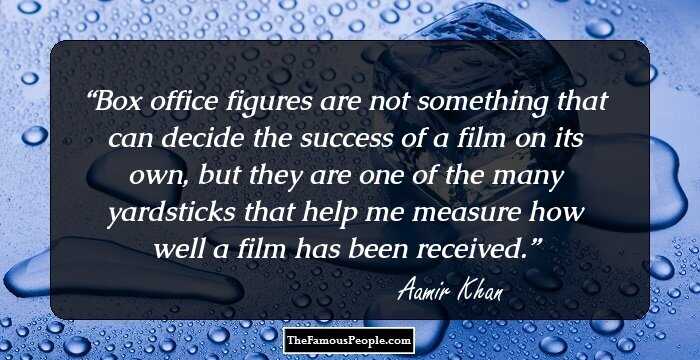 Box office figures are not something that can decide the success of a film on its own, but they are one of the many yardsticks that help me measure how well a film has been received.

I am very passionate about being an actor, and I allow my passion to find its outlet in the work I do. I don't believe that it can be called perfection. It is true that when I am intensely passionate about my films, which I am, I don't leave any stone unturned and I put every ounce of my energy into that project.

Shammiji is said to be India's answer to Elvis Presley, but I say that Elvis Presley is America's answer to Shammi Kapoor. The mark of a good actor is the belief with which he gives a shot and Shammiji gave his each shot with a strong belief and that makes him a great actor of all times.

A film just doesn't involve actors, a director and a producer, there is also the cameraman, the sound engineer, the music composer, the lyric writer. So many people come together to make a film. When we all feel satisfied with the film that we have created it's a win for all of us.

Filmmaking is a creative process so there is a lot of collaboration that happens on set between an actor and director, but at the end of the day, we're there to actualize the director's vision and things happen organically.